How The BLAIR WITCH Game Improves On The Film - Nerdist

How The BLAIR WITCH Game Improves On The Film

How do you create a chilling game adaption of a horror film that, by today’s standards, is not that scary? The original 1999 The Blair Witch Project was revolutionary for its time, both for its novel “found footage” filming technique and its viral marketing campaign. The film was minimalistic, preying on the viewer’s own imagination: was there really a witch lurking outside, or were the three of them just losing their minds? While the film was an achievement in low-budget filmmaking, it would be difficult to replicate that for today’s audiences without them possibly feeling, well, bored. According to Blair Witch narrative designer Barbara Kciuk, the key to turning The Blair Witch Project into a truly haunting video game is to build a whole new story from scratch.

“One of the mistakes that many creators make when adopting a source material is that they just try to make it one to one the same, in a different medium,” Kciuk told Nerdist at a Blair Witch demo event, put on by Lionsgate Games and the Bloober Team. “This is a problem with many games based on recent movies; they’re just taking what was already done, and putting it in a completely different product. And this just doesn’t work, because games and movies are unique.” 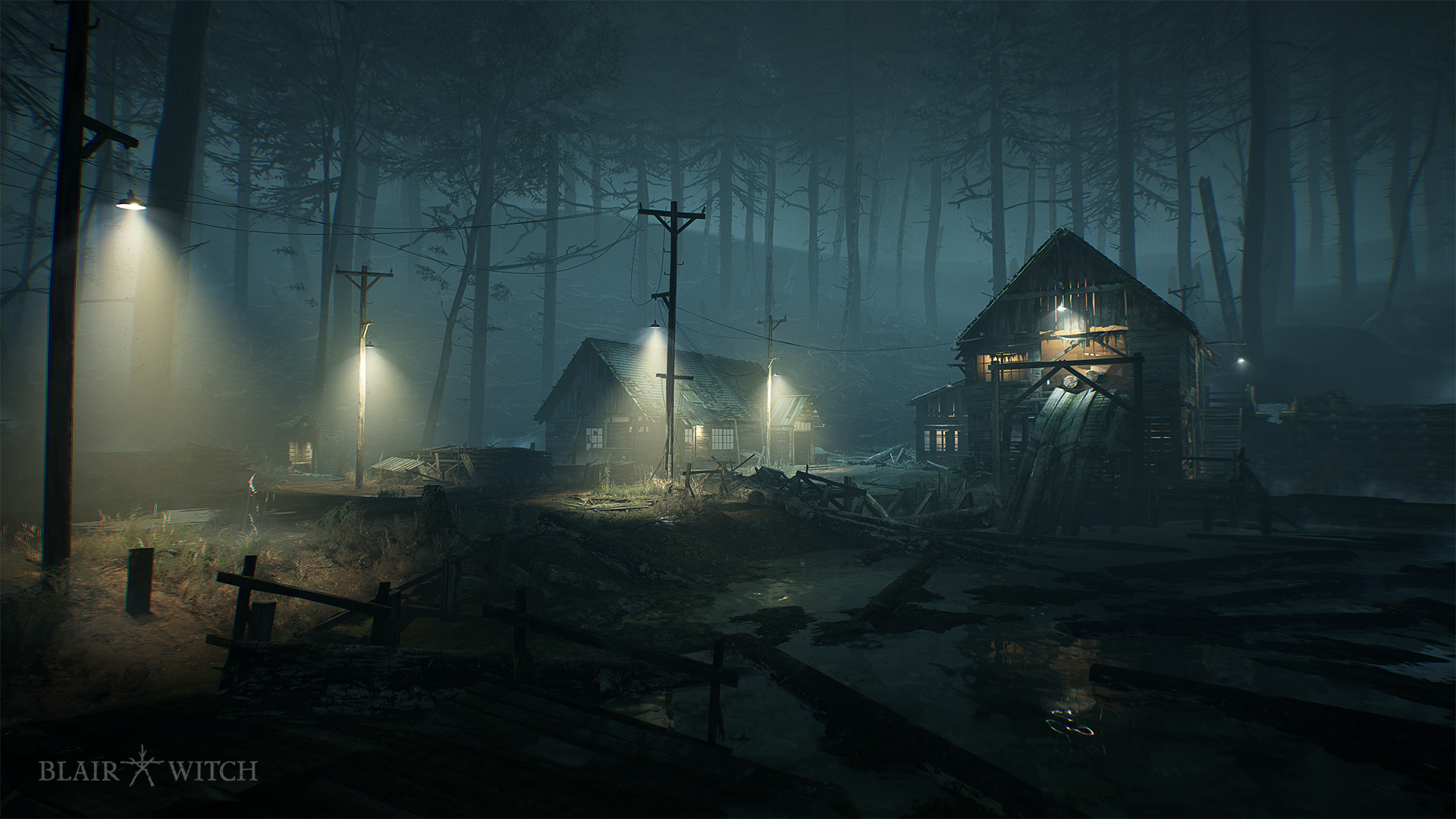 While the thought that Heather, Josh, and Mike had really gone missing in the woods of Burkittsville terrified 1999 audiences, it’s a premise that fundamentally doesn’t work today. The jig is up; we know the three actors are fine, and recycling the same sparse story wouldn’t make for a very compelling or immersive game. “You always need to innovate, because in horror, people won’t fall for the same trick twice,” says Kciuk. “So we always need to see what the state of horror is in any given moment, and then try to do something else.”

The result? A game that Kciuk calls “an equal part Blair Witch experience and a Bloober teams game.” In Blair Witch, you play as an all-new protagonist: Ellis, a former police officer with a troubled past. Ellis ventures into Black Hills Forest to join the search for a missing young boy. Though he has a walkie talkie and his trusty dog Bullet, his attempts to join the rest of the search party soon go awry. The woods become an endless looping nightmare, and figures lurk in the shadows.

“What people remember about the movie is not necessarily the movie itself,” Kciuk explains. “It’s more like good memories of being young and of doing something exciting. Addressing those memories is almost impossible … what you need to do in order to achieve something like this is to first of all consider what made the original source material great, and [then] try to achieve that same feeling with different methods.”

So don’t expect the same Blair Witch who piles up rocks and leaves bundles of twigs outside your tent. This witch is aggressive, felling trees in Ellis’ path and twisting passageways. Bloober’s work on the claustrophobic Layers of Fear come into play here, as the environment itself becomes the antagonist.

There’s also most definitely monsters in this forest. They’re large and willowy, and can camouflage into the forest and strike quickly. The only real way of fending them off is to pay attention to the direction of Bullet’s nervous barking and use Ellis’ flashlight to scare them away. If you linger in one area too long, they return. It’s fast-paced, anxiety-inducing, and exactly what a Blair Witch game needs to compete in the horror market.

That’s not to say the game is a complete departure from the film though. A heavy theme of the game is still the need for cooperation — Heather, Mike and Josh failed pretty spectacularly at that in the film, so it’s up to you to keep up a good rapport with Bullet in the game. The more often you pet and interact with Bullet, the more likely he is to warn of dangers beforehand.

There’s also an ode to the film in the use of camcorder puzzles, which add a spooky new layer to the idea that nothing is right with the forest. The camcorder gives the player some measure of control by being able to manipulate time and space, but the comforts in Blair Witch are far and few between. Take too long on a puzzle, and you may just hear Bullet warning of creatures closing in again.

In the end, the game pays homage while still being innovative and new. Kciuk confirms that even if you don’t know (or didn’t like) the source material, Blair Witch can stand on its own. “It was always intended to be something that can be enjoyed even without the source material. Everyone’s invited!”

With a compelling story, gorgeous graphics, heart-pounding thrills and yes, a dog you can pet, who knows, maybe getting lost in the wilds of Burkittsville isn’t so bad after all.