If you’re ready to take your next role-playing adventure on to a darker path, the recently announced Blackbirds is the dark fantasy you’ve been waiting for. This imaginative tabletop RPG, created by Ryan Verniere, promises a world of chaos, horrific creatures, death, and rebirth.

We have an exclusive preview of the tabletop game, which uses the Zweihänder role-playing game system. Read on to learn about its magic system and demons that characters will form dark pacts with. Will you change the world of Blackbirds, or will it change you? 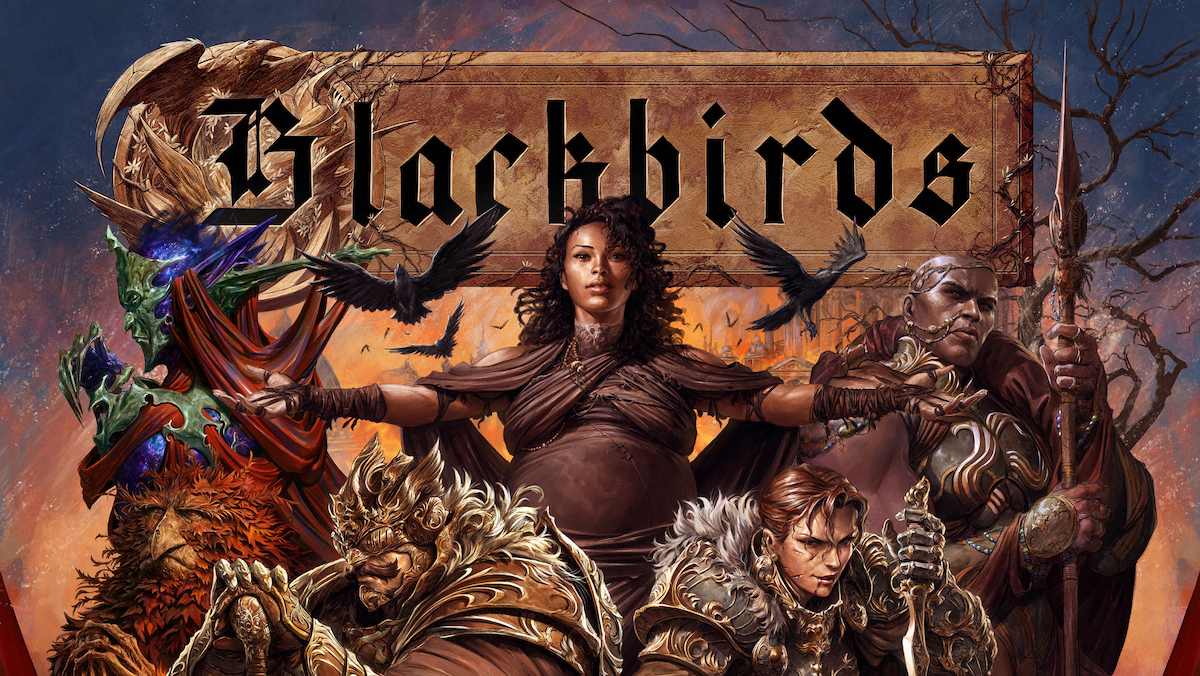 Blackbirds takes place in a fantasy world inspired by Europe during the Hundred Years’ War. When the corrupt rulers of the land tear apart reality with black magic, it’s up to brave heroes to stand up and resist. Take a step into the dark world of Blackbirds with us for  just a moment.

Twelve years of war has ravaged the kingdoms of Erebos, where the great battle that would decide the fate of all has been waged… and lost. Now, the lights of civilization are going out. Swells of refugees have taken to the roads, desperate to find homes far from all the suffering. New constellations twinkle in the vault of the night, only to disappear if scrutinized for too long. Creatures of long-forgotten folklore once again stalk the countryside. It is a time of ill omens and unlikely heroes. 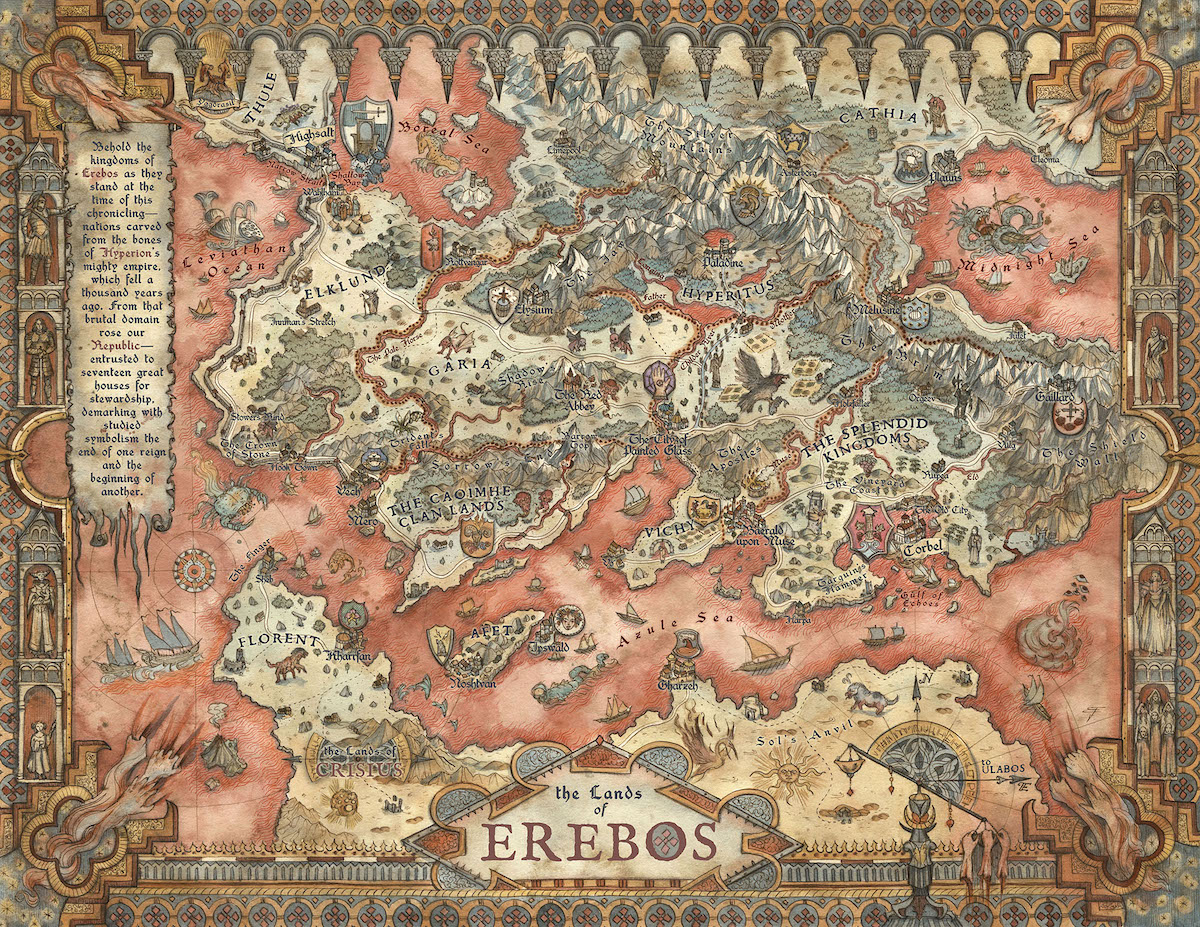 Dark magic. Twisted creatures as friends and foes. A brutal land created from the bones of a fallen empire. Blackbirds is metal. Are you a fan of dark fantasy worlds like the ones you find in Conan, A Song of Ice and Fire, and The Witcher? This is the dark, bloody, and gritty fantasy world you’ve been looking for. It will add lurking horror to your tabletop gaming experience.

The immersive role-playing game employs the “grim and perilous” Zweihänder system created by Daniel Fox. The roll of a percentile dice determines your character’s fate.

Combat has consequences in this game world. Characters can only take a few hits before their wounds become grievous. Healing isn’t easy. (“Naps don’t heal stab wounds,” Fox jokes.) Every choice matters in this game system, a perfect match for the turbulent world of Blackbirds.

Players will use a unique magic system called “theurgy” to fight the twisted creatures that plague the lands. The system was designed by Joseph Limbaugh. Spells are called “vitiations” in the world of Blackbirds. The demons who offer them to practicing theurges are known as Outsiders.

“Theurges start the game with a relationship to an Imp, the lowest level of whatever otherworldly hierarchy these things have,” Limbaugh tells Nerdist. “The level of relationship is in the form of a structured contract which determines what they can ask for and what they will pay for it. It’s definitely an in-game goal for theurges to seek out and form contracts with other Outsiders that are higher in the hierarchy or have abilities they would like to gain access to.”

Get your first look at two Outsiders below. 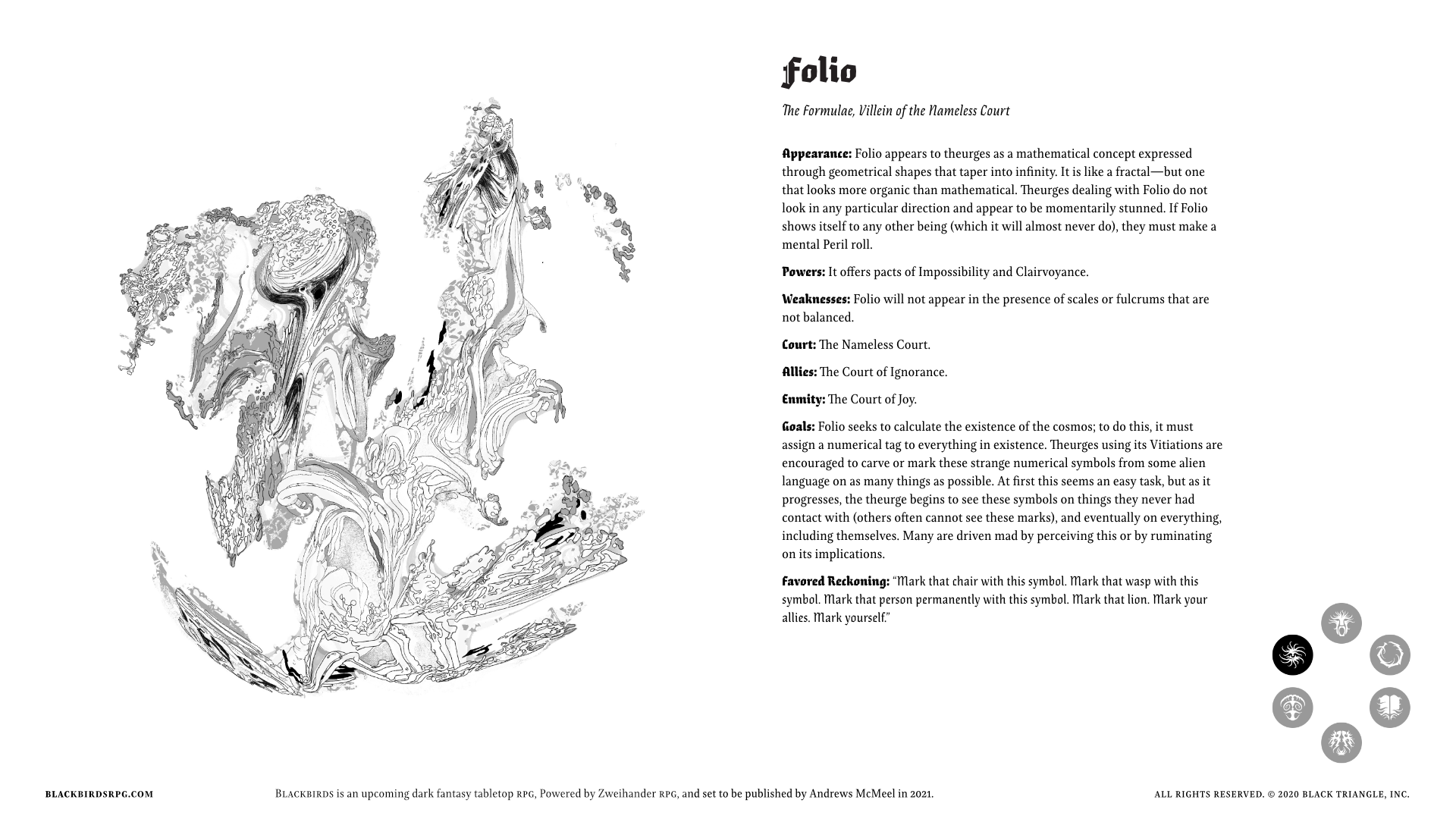 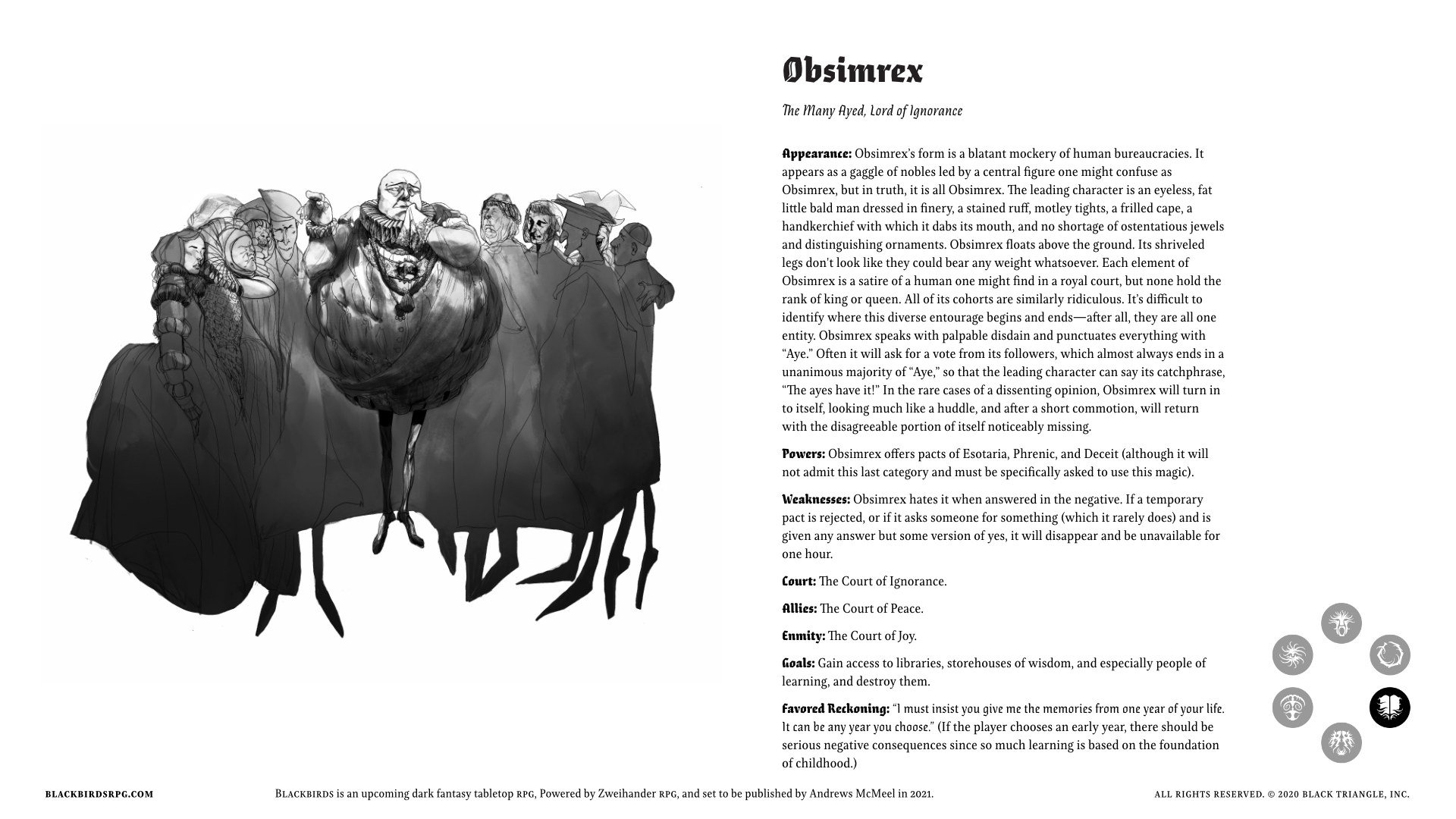 “The names of these other entities and how to summon them have been long lost since Outsiders were mostly sealed away from the world by an ancient restriction that has recently been lifted. So now everyone in the world who has the ability to interact with these things is desperately looking through old books of lore and hidden sources of knowledge to contact more Outsiders to access more power,” Limbaugh reveals.

The entities offer two kinds of magic, Limbaugh says. “You need to have a relationship to that specific being to get those specific abilities, and the better your level of relationship to that Outsider, the more options you have for available techniques. The second thing that all Outsiders offer are the Vitiations, and in order to access those you’ll need to negotiate with the Outsider in question and pay a reckoning or price.”

Intrigued? Blackbirds will be published by Andrews McMeel in 2021. Follow along on social media for more previews and updates about the highly anticipated dark fantasy RPG.