Even though we won’t get to see Natasha Romanoff on the big screen until November, those of us who love Black Widow still get to enjoy her story thanks to Serial Box. Marvel’s Black Widow: Bad Blood debuts on April 28. This all-new story about the Avengers assassin promises to be a thrilling and exciting adventure.

According to Serial Box, “The Black Widow has been targeted. When Natasha Romanoff wakes up from a night she can’t remember, the mission gets personal. As the Widow seeks revenge, old friends come into play, buried history comes to light, and she begins to realize that the fate of the world hangs in the balance.” Narrated by voice actor Sarah Natochenny (Ash Ketchum in Pokémon), the 14-episode story features an all-female writing team of writers and screenwriters including Lindsay Smith (Serial Box’s The Witch Who Came In from the Cold; Orphan Black: The Next Chapter), Mikki Kendall (Hood Feminism: Notes from the Women That a Movement Forgot and Amazons, Abolitionists, and Activists), L.L. McKinney (A Blade So Black), Margaret Dunlap (Netflix’s Dark Crystal: Age of Resistance, Marvel Rising: Heart of Iron, Black Panther’s Quest), and Taylor Stevens (Vanessa Michael Munroe series). 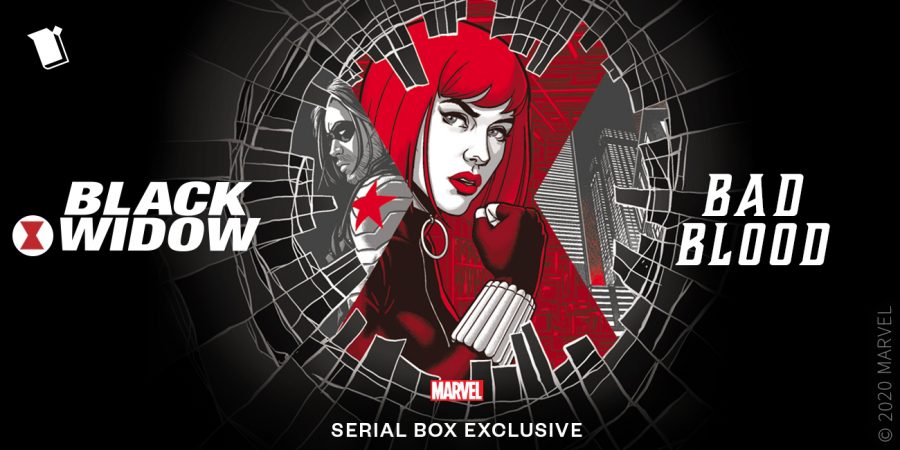 Marvel’s partnership with Serial Box opens a new method of storytelling for the superheroes, which has seen its characters come to life in the form of movies, television, prose novels, audiobooks, and (of course) comic books. Each Serial Box story plays out similar to a season of television. Seasons include 10 to 16 installments that form a full season storyline, though you can read each story individually. Black Widow is the second Marvel title to hit the platform following Marvel’s Thor: Metal Gods while Marvel’s Jessica Jones: Playing With Fire is set to be released next month on May 28.