You Can Be a Bionic Armored Tyrannosaurus Rex For Just $7500

Who else has “dinosaur replica maker” as their dream job? MCSDINO, also known as Mr. Monster, has turned that dream into a reality. A lucrative reality. The China-based animatronic and replica maker combines steel, electronics, fabric, foam, and paint to create lifelike prehistoric creature replicas and costumes. Add in Nerf guns and you’ve got less lifelike and more pure awesomeness—like this bionic armored T. Rex costume you can buy right now.

First of all, that expression on its face looks a huge grin that’s probably mirrored by its occupant inside. How could you not have the time of your life inside of an armored six-meter tall dinosaur? It is a heavy costume—about 75 pounds—but that’s because this dinosaur is armed to the teeth. 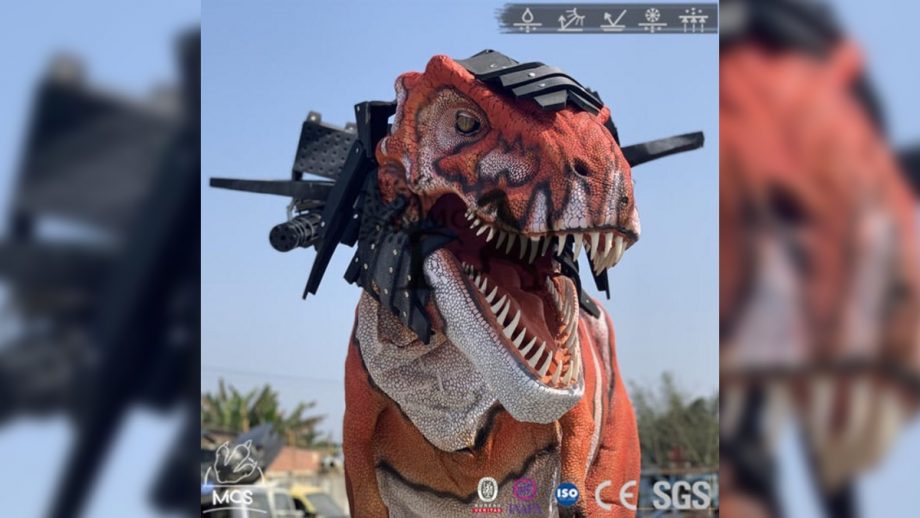 Not only does the costume itself make quite the impact visually, it’s also a bit of a technological wonder. The description says it can spray smoke, blink, turn its head and neck, swish its tail, and open and close its mouth with a “dino sound.” Based on some of MCSDINO’s other dinosaur bellows, it’s a wonder to behold.

MCSDINO offers several other dinosaurs and even dragons in their Etsy shop, from replicas that look (and sound) like they’re straight from Jurassic Park to more costumes. Browse through the MCSDINO Instagram account and you’ll find yourself honestly considering whether or not you can afford your very own dinosaur.

We call dibs on the dinosaur rider for Halloween.