This Adorable Cat Acts as Postman for His Human Parents - Nerdist

This Adorable Cat Acts as Postman for His Human Parents

Buckle up, because we’ve got an extremely heartwarming story coming your way. It’s about a cat named Billy who kind of sort of became a postman in 2020. According to his human dad, Zack King—who shared the lovely story on Twitter (which we found via The AV Club)—Billy started acting as a mail carrier for him and his girlfriend Olga Shipunova a few months ago. 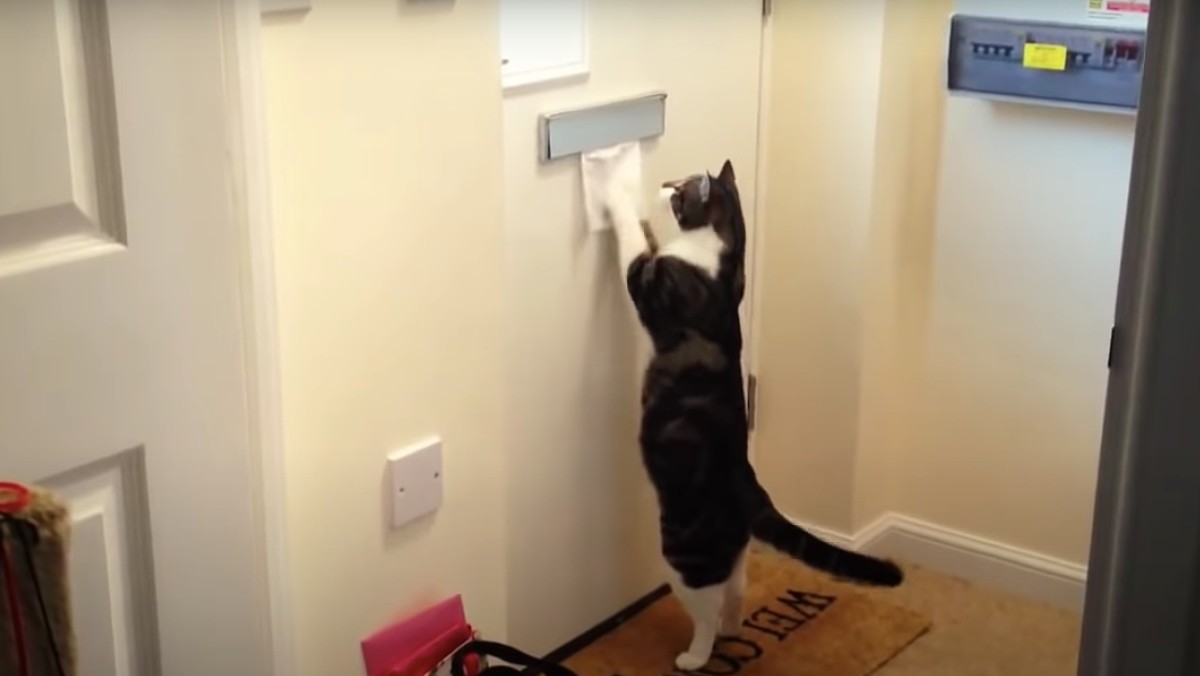 How so, you ask? Well, one day Olga noticed something on Billy’s collar. It was a folded note from their neighbors explaining that Billy likes to come visit their house when he’s playing outside. Olga wrote a response, unsure of who sent the note. But it was the beginning of a beautiful friendship, all thanks to Billy, who returned to the house daily acting as a sort of “carrier pigeon.”

My cat Billy became a postman in 2020, a thread: pic.twitter.com/WLPcfQeCAy

Not only did the neighbors exchange notes about Billy the cat, but they also exchanged recipes! As communication continued, Olga eventually bought colorful pens to make her notes extra fancy. And Billy was more than happy to go back and forth between the two households for extra chin scratches and love. It’s really an excellent story all around.

With no idea who or where the note had come from, she replied pic.twitter.com/xlQEmmb7Ha

In an interview with Bored Panda, the Hackney, London resident explained that Billy is “feisty, curious, and independent.” Zack also explained that Billy has a cat flap on the door so he can come and go as he pleases. The only trouble he gets into is bringing home the occasional mouse.

He really was the last of the litter to be homed. Here’s a pic of him wonkily greeting us at @GoddardVets Plaistow back in September 2019 pic.twitter.com/Jc1tLb7u4C

We love that Billy the cat now has two homes to go between and lots of love to spread! Cats aren’t exactly known for their love of mailmen (see: the compilation below) but when they get to become them… well, that’s a different story.