Chris Evans and Paul Rudd Reunite for BILLY ON THE STREET

Comedian Billy Eichner has been stopping strangers on the streets of New York City for his game show Billy on the Street for fifteen years now, believe it or not. As a way of celebrating his big decade and a half TV milestone, Eichner recently did a special episode with none other than Captain America himself, Chris Evans. You can check out the clip down below:

As is customary on any episode of Billy on the Street, the Lion King and American Horror Story actor was his usual Tasmanian Devil self as he did his customary schtick. Which is still pretty much just running up to ordinary folks on the streets of New York and asking them all sorts of random questions. He, of course, manages to remind everyone of his show’s milestone, with Evans’ presence jokingly serving as an afterthought. You know, in case you care about exceedingly charming and handsome celebrities or something.

Staying on brand, Eichner even managed to have another “let’s go lesbians, let’s go!” moment, which is the most famous running gag on his show. Never a dumb move to make sure one calls back to their greatest hits. Perhaps the funniest bit was when Eichner actually asked a random dude, “Sir, for a dollar, would you like to sign this petition to remove Kevin Spacey from homosexuality and add Chris Evans?” Very matter of factly, the guy signed. I too would like to know where I can sign on the dotted line for this one. 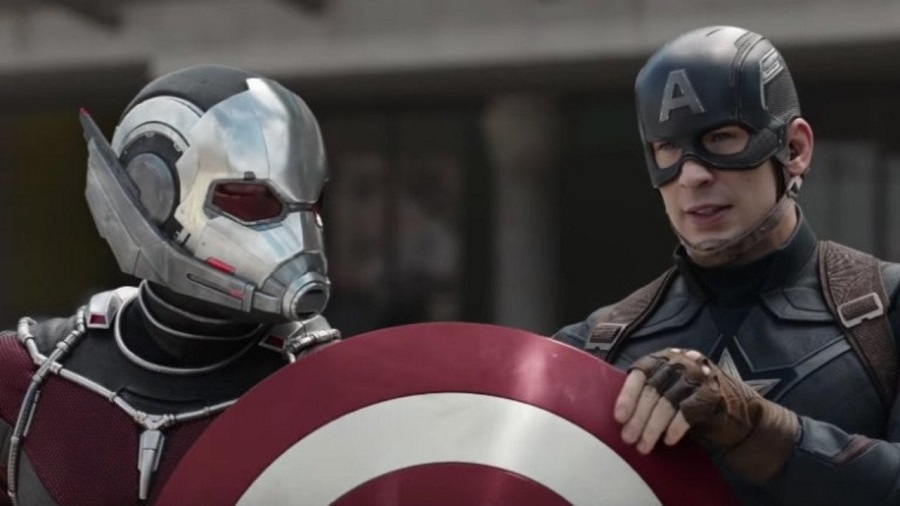 The most endearing part of these shenanigans though was when Eichner and Evans apparently just ran into actor Paul Rudd while filming the episode. I mean, what are the odds that one Avenger would run into another Avenger randomly like that in a city of eight million people? Let’s just say my eyebrows are raised at the prospect of this being any kind of a  “random” moment here. Ok, so Paul Rudd really does live in New York, but still.

Of course, as soon as Rudd appears, Eichner immediately made him a part of the show. And so we got to see Cap and Ant-Man hug it out for moment. Staged or not, who doesn’t love that? And if you’re Billy Eichner you are most certainly going to take advantage of this moment, and start asking random folks just which of these two handsome heroes you would rather have intimate relations with. Honestly, that is a nearly impossible Sophie’s choice to make, and it’s mean to even ask anyone to make such a decision.

Evans, of course, made sure to mention that he’s got a major movie coming out soon, director Rian Johnson’s murder mystery comedy Knives Out. Evans is part of an all star cast which includes Jamie Lee Curtis, Daniel Craig, Toni Collette, Don Johnson, Michael Shannon, and Christopher Plummer.