A few years ago we got the delightful Japanese movie One Cut of the Dead, a little under half of which is a one-take zombie movie about a small film crew making a zombie movie. It was one of those movies where I thought I knew what it was going to be and was surprised and thrilled throughout. The spiritual successor to that movie is Junta Yamaguchi’s Beyond the Infinite Two Minutes, a charming, one-shot time loop sci-fi that played Fantasia Film Festival 2021. Shot entirely on an iPhone by the Europe Kikaku theatre group, it has a hell of a gimmick and gets the most out of it.

The whole movie is about economy. Economy of space, of premise, of character, of time. We meet Kato, a café owner and burgeoning musician who likes the woman who works in the neighboring store. He leaves his employee to close up and makes his way upstairs to his apartment and things start to get weird. His computer monitor starts talking to him. More specifically, he himself starts talking to him. The other Kato tells him he’s talking from two minutes into the future; the TV down in the café is looking two minutes into the past up in Kato’s room.

Kato, very confused, then goes down to the café, the camera following him all the while, and proceeds to say to his past self what he just heard his future self say. Now this is a pretty weird occurrence and one that Kato, if all things were equal, would probably just ignore it. But very quickly, his employee sees him and wants to try it out. Then some friends come by and they want to try it. And it gets a bit out of hand. 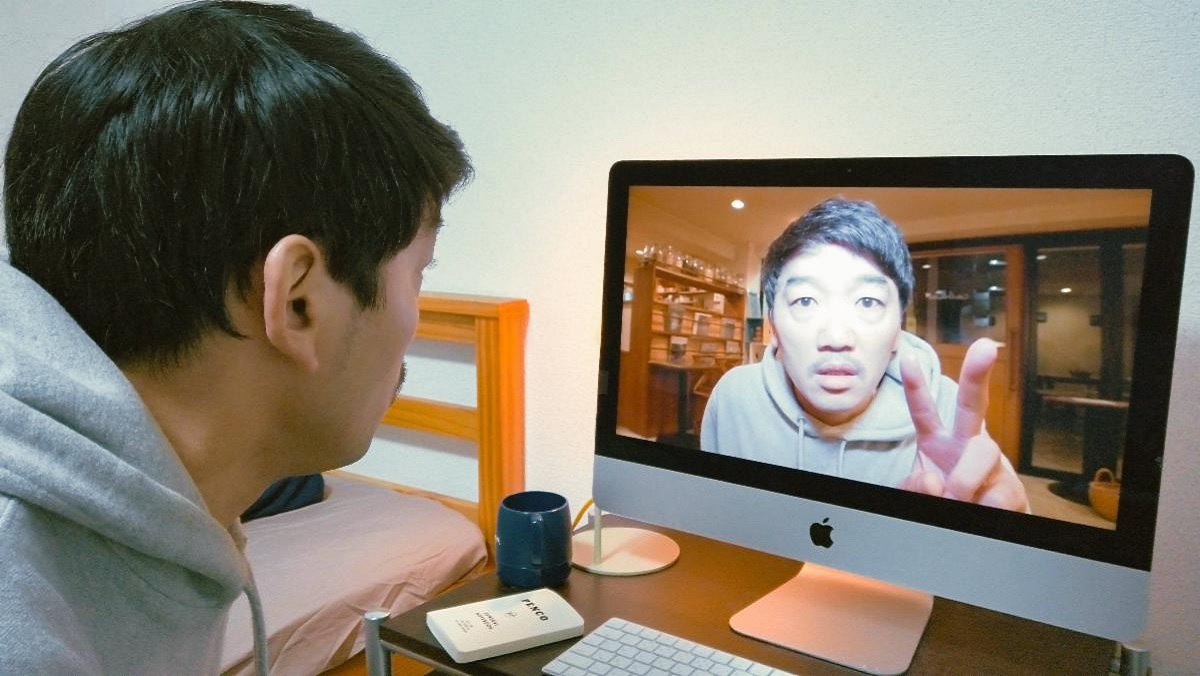 The beauty of Beyond the Infinite Two Minutes is it delights in showing us deliberately, several times, what the two minute time TV wormhole thing looks like in practice. We follow the characters as they run between the apartment and the café, and effectively see the same several conversations twice. But it does this so we can comprehend the internal logic. Then just when it feels like the gimmick could start getting old, Yamaguchi kicks it up a notch.

One of Kato’s friends brings the monitor downstairs and puts it facing the café TV. This adds another level; there’s now three timeframes. And that’s not all the wrinkle we get, but I don’t want to spoil any of that. It’s an ingenious conceit that keeps creating new twists and turns as these very fun characters mess with the laws of time.

While some of the events later on feel a bit more contrived than others, the overall impact still works beautifully. At right around 70 minutes, it gets just enough out of the concept without belaboring. And it helps that the cast are all so winning and likable. You want to see what they’ll do and how they’ll get out of this very weird situation. Canadian distributor Indiecan has already picked up Beyond the Infinite Two Minutes for North American distribution and I sure hope it makes its way to streaming very quickly. More people need to see what Fantasia’s blurb called “One Cut of the Dead meets Tenet.”