With approximately 150 million copies sold, Scrabble is the 800-pound gorilla of word games. Tournaments are held worldwide every year and millions of players continue to memorize lists of two-letter words.

Scrabble’s success has spawned countless imitators, from Boggle to Bananagrams, and it’s also inspired other word games that use modern game mechanisms. From deck builders to party games, there’s now a word game for everyone. Here are five great word games that any Scrabble fan will enjoy.

Word on the Street

A terrific alternative to Scrabble, Word on the Street by Educational Insights is a word-based tug-of-war. Players split up into two teams and are trying to get 7 letters to their side of the road. The letters are the 17 consonants except J, Q, X, and Z. On your turn you’ll draw a card with a prompt like, “types of fruit.” Your team has 30 seconds to come up with a one-word answer and then move letters in that word toward your side. If you said, “banana,” then you’d move the B once and the N twice. Playable in only 20 minutes, Word on the Street is a good way for Scrabble fans to get their spelling fix. 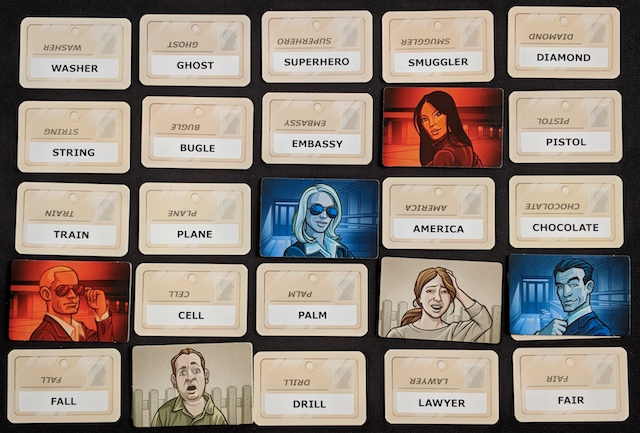 Codenames by Czech Games burst onto the gaming scene three years ago and shows no signs of slowing down, with branded versions like Disney Family Codenames and Marvel Codenames making it to big-box store shelves. Two teams try to figure out who their fellow spies are within a 5×5 grid of single words. Each team is led by a spymaster knows the spies’ identity and they give a one-word and one-number clue on their turn. Teams guess words based on the clue and either reveal their spies, the opponents’ spies, or the dreaded assassin, who immediately ends the game. So, if two of your spies are located at “gas” and “pit,” your spymaster might say, “barbecue, two.” Of course, there might be the word “hamburger” in the grid, too, so which one do you choose?. 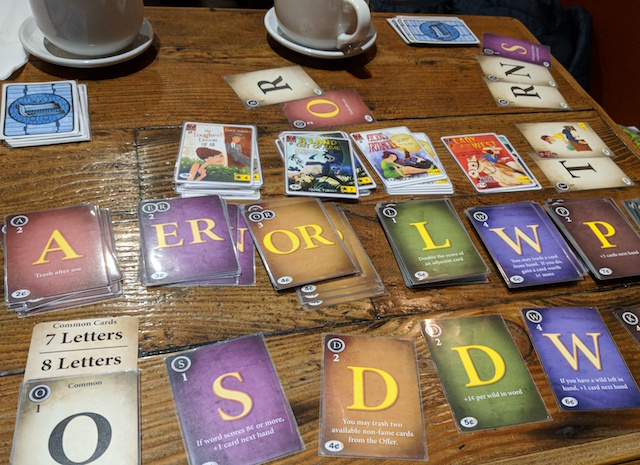 Dominion meets Scrabble in the excellent deck-building word game Paperback by Fowers games. Players start with cards featuring common letters and a few wild cards. You play five on your turn, trying to form words. The cards used for the word are tallied for their buying power and you’ll buy cards from the center tableau, just like in Dominion. These cards feature more valuable letters and/or special abilities such as drawing additional cards or doubling letter scores. The most expensive cards are the wild cards that also double as the game’s victory points. 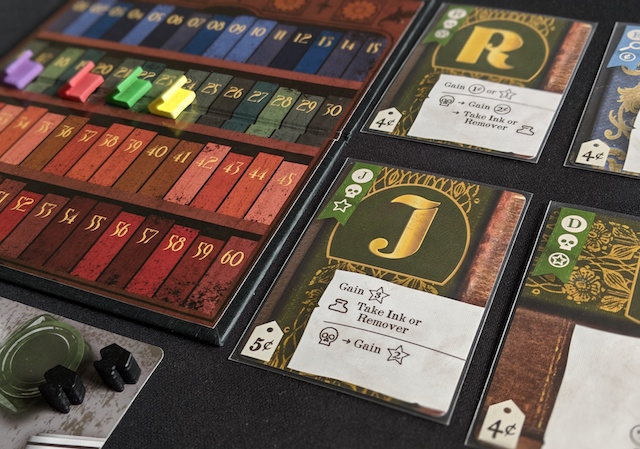 For gamers who want less Scrabble in their deck building, this sequel to Paperback focuses more on the deck building aspect than the word creation. In Hardback by Fowers Games there are no wild cards; simply turn over any card to make it wild. You’ll still create words, but you’ll also try to match genres for additional abilities on your cards, much like playing similar factions in Star Realms and other deck builders. Instead of Paperback’s goal of finishing off two stacks of victory point cards, Hardback is a straightforward race to 60 points. 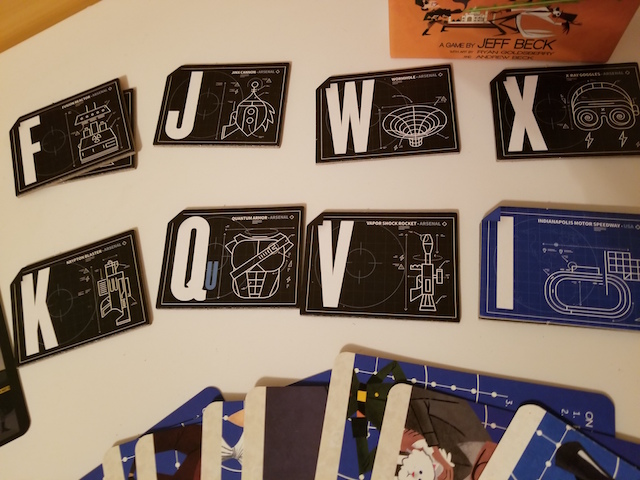 Area control isn’t a mechanism typically associated with word games, but Word Domination by Fowers Games makes it work. Like Boggle, Word Domination offers a grid of letters for players to form words. Unlike Boggle, you’ll place tokens on letters you’ve used on your word. On subsequent turns if you use letters with your tokens, you’ll capture that letter and put it into your hand. The emphasis isn’t on word building, but on area control, so you’ll need to pay attention to what special powers you might unlock on your next turn. Of course, having a large vocabulary will benefit you as you try to score enough victory points for the win.

What’s your favorite word game? Tell us in the comments! And be sure to  join us on April 28th on Twitch for our  International Tabletop Day stream hosted by Ivan van Norman, and help us support  charity:water to  raise money for a project to get water to a community of people who currently lack access to clean water.

Ruel Gaviola is a writer based in Southern California. He loves board games, books, cooking, traveling, Star Wars, and date nights with his wife. He reviews games and reports news for  iSlaytheDragon, podcasts about games on  The Five By, and his name rhymes with Superman’s Kryptonian name. Follow him on  Twitter and read his blog  here.