Zach Galifianakis’s fake, celebrity-insulting talk show never seemed like an obvious idea for a featured film, but Between Two Ferns: The Movie proved to be much more than an extended sketch. The film’s mockumentary format and road trip plot let writer and director Scott Aukerman expand the ridiculous world of TV’s rudest interviewer well beyond its eponymous green flora, in one of the year’s funniest comedies.

But that didn’t mean it forgot its roots. It offered up plenty of celeb sit-downs, and some stand among the best Galifianakis has ever done. While we’d love to see the extended versions of all of them, here are the five best.

Honorable Mention: Obviously we’d love to see a full interview with greatest living human Keanu Reeves, as well as Hailey Stanfield who was hilariously uncomfortable, Tessa Thompson who was rightfully confused, and Fabergé egg enthusiast Peter Dinklage. (Mostly we just want to ask him about The Winds of Winter.)

Some of Between Two Ferns best guests have been people who seem impossible to insult. They’re so nice they try to grin and bear their way through the host’s barbs. It just heightens how cruel the whole endeavor really is. Paul Rudd is both, and his reactions to Galifianakis’s painful questions prove this. He also got in some incredible lines himself, including his final bit about how he perfected being Jewish. (Also…..did you know Paul Rudd was Jewish? Uh, I definitely knew.)

Where Paul Rudd was generally polite, Tiffany Haddish represented the other kind of guest. This second variety frequently makes for some of the show’s funniest interviews. She didn’t back down and gave as good as she got. From the little we got to see of this match-up, both were unbelievably funny, and we can only imagine where things would have ended up if the comedian had to deal with Galifianakis’s ish any longer. 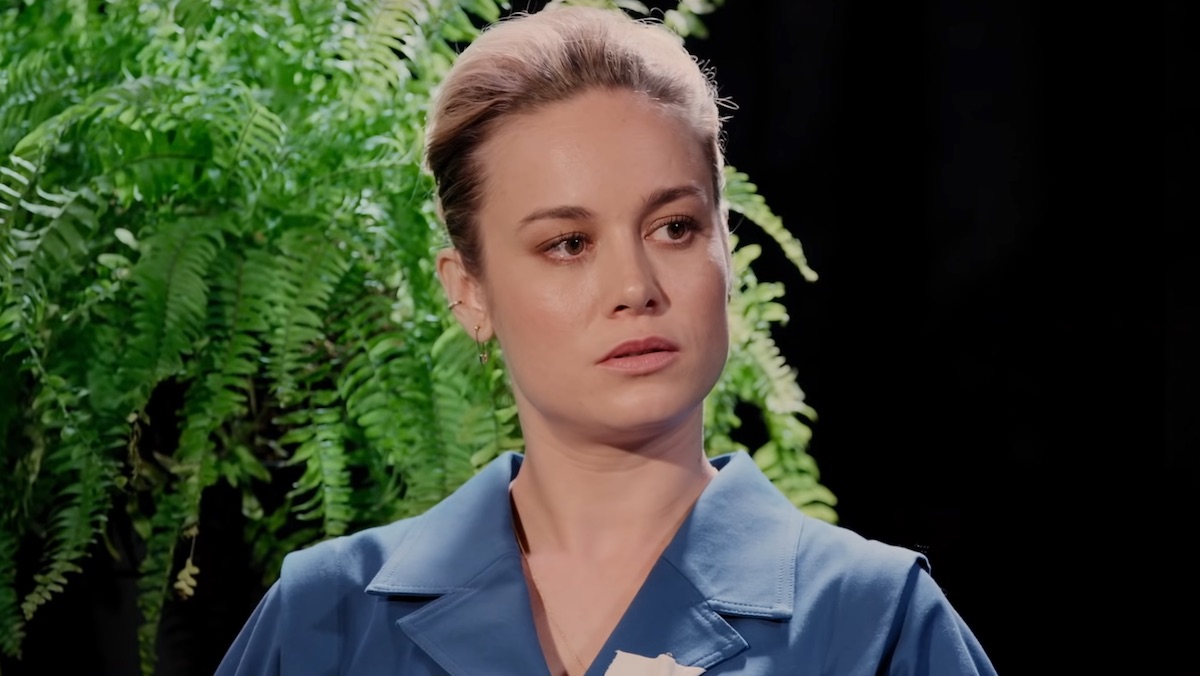 Brie Larson might not put up with anyone’s bullshit, but that doesn’t mean she doesn’t have a great sense of humor. Between Two Ferns: The Movie used the public’s perception of her to show how funny she can be as she faces way-too-personal questions about her life and career. Her deadpan responses to her interviewer’s chauvinist questions were perfect, and our only complaint is the segment didn’t last very long. 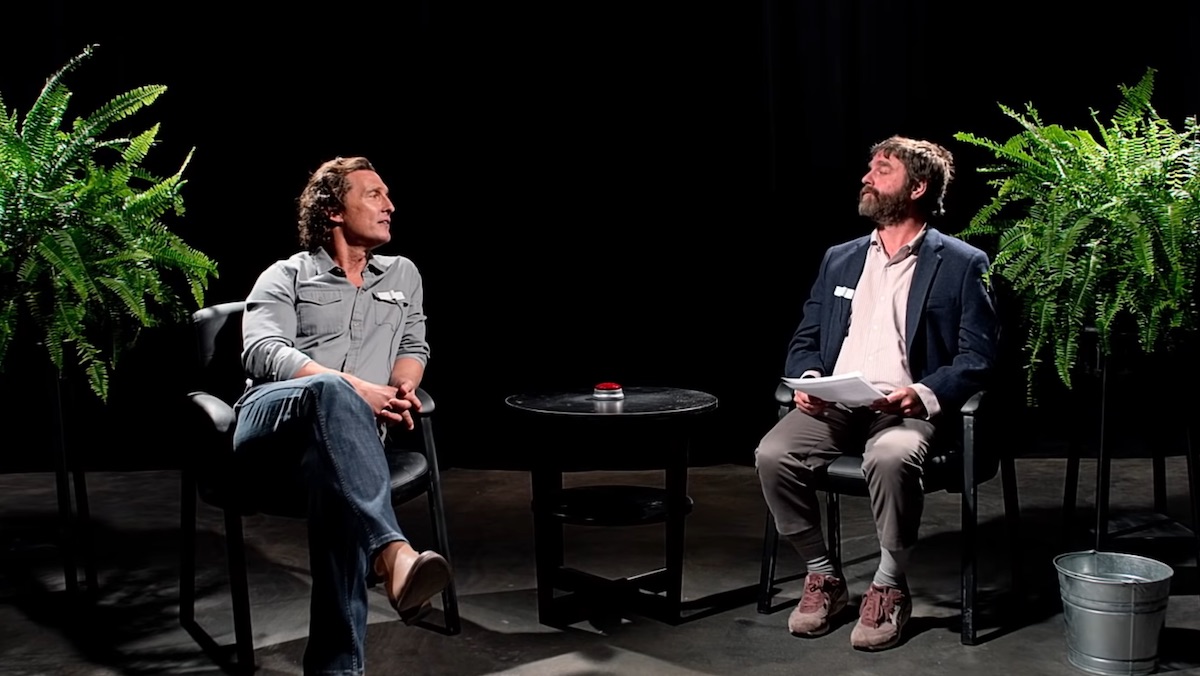 Even if it hadn’t ended in the most absurd manner in show history, the interview with Matthew McConaughey would still be one of Between Two Fern‘s best ever. It featured some of the funniest questions the show has ever asked of any celebrity, including about McConaughey’s Oscar win and dying the same way as his dad. Yes, it was incredibly cruel, but “betwixt” two plants the crueler the better, especially when the target can take it. It also had the best use of “alright, alright, alright” since Wooderson himself said it. 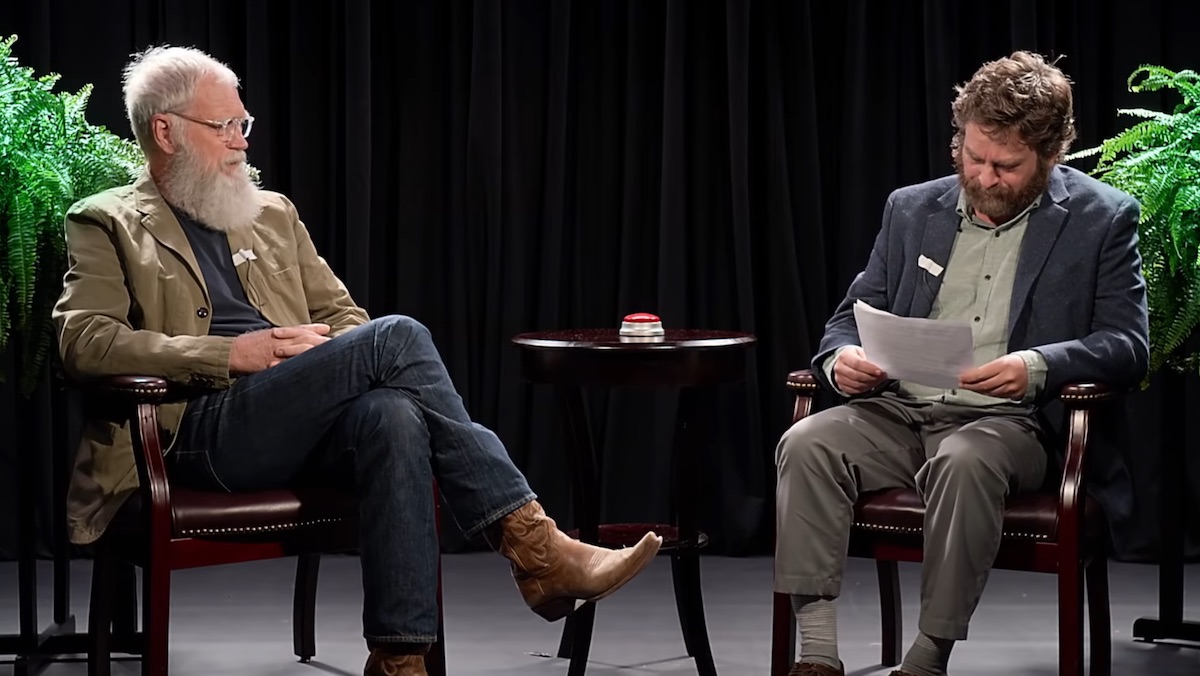 Starting with – no hyperbole – the funniest chyron ever, Galifianakis’s interview with the legendary talk show how host, “Santa Claus with an eating disorder,” was even better than we could have imagined. David Letterman made for an ideal guest. His reactions mixed patience, bewilderment, steadfastness, and self-deprecation; no one is better-equipped to dish out his own insults as quickly. It made every line between the two funny, and the tension that built as they went back and forth was as funny as anything in the entire film. Letterman got one of the biggest laughs of the movie just by pointing out the needless use of the word “Two” in the show’s title.

As their brief post-interview interaction also proved, we could have watched an entire movie of just these two talking. We really hope that’s the premise of the sequel.