Many engineers who crank out videos on YouTube are obsessed with finding a way to build contraptions that let users fling and swing themselves around buildings. The Hacksmith, for example, built a very functional Batman grappling hook back in 2016. Now, one of that same engineer’s former interns(!) has built a real-life version of Spider-Man’s web-shooters. And they seem to work well… Except for the possibility that they may cause gnarly joint pain?

In the video above, South African YouTuber and engineer Built IRL, who also goes by JT, shows how his real-life web-shooters work. Apparently, these shooters were a part of the electromechanical engineer’s university thesis project. (We can only imagine he attended The Xavier Institute.)

As JT explains, his goal was to create a very simple way to swing like Spidey. Consequently, the result of two years of effort is what looks like little more than a series of metal cylinders with workout straps on them. But inside of each cylinder: a fuel-powered burst of energy that could propel a “hooky chain” 100 feet. This allows for an adult to swing freely from one overhead beam to another. 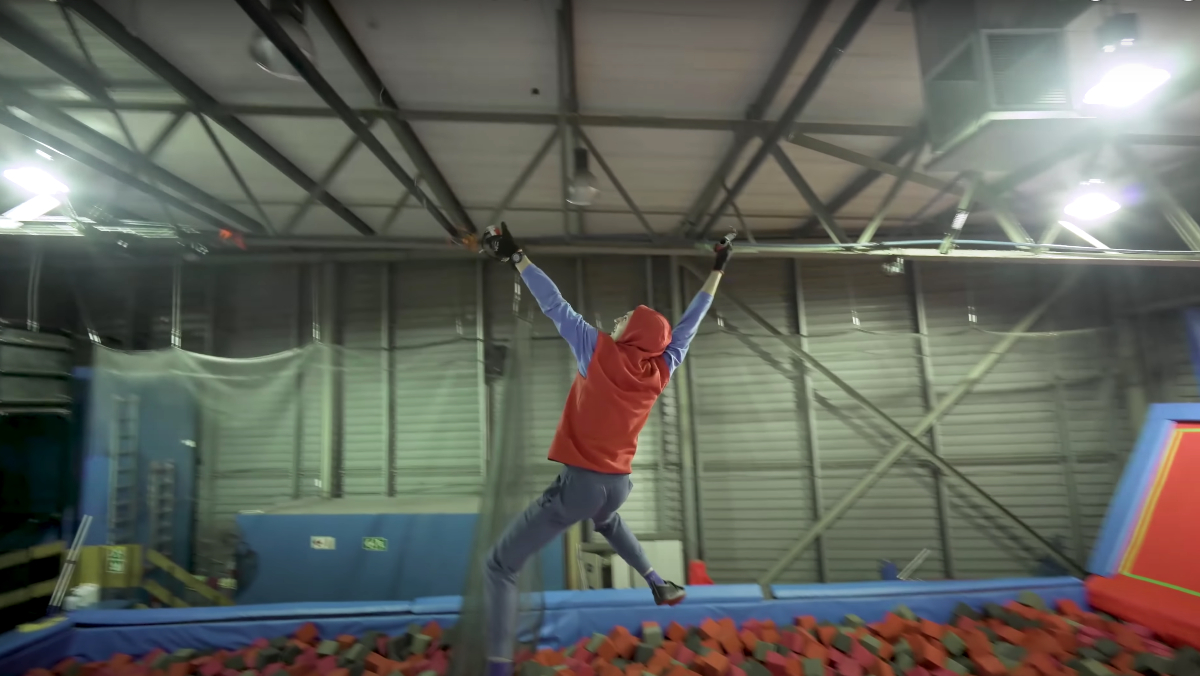 TJ made seven Spider-Man web-shooters for his project. His system requires users to deploy the gas-powered hooky chains and then discard them and their cylinder housings once a full swing has been completed. He demonstrates how they work over a gigantic foam pit at a trampoline park in South Africa. TJ shows off a ton of successful attempts. But there are also a few far less successful ones that look downright painful.

While attempts to fling and swing three times fail, the engineer’s prototype works well enough. Certainly, TJ’s creations are up there with other IRL Spider-Man gadgets we’ve seen. But TJ still better get moving on the 2.0 version of his web-shooters. It isn’t easy to find real buildings with foam pits between them, after all. 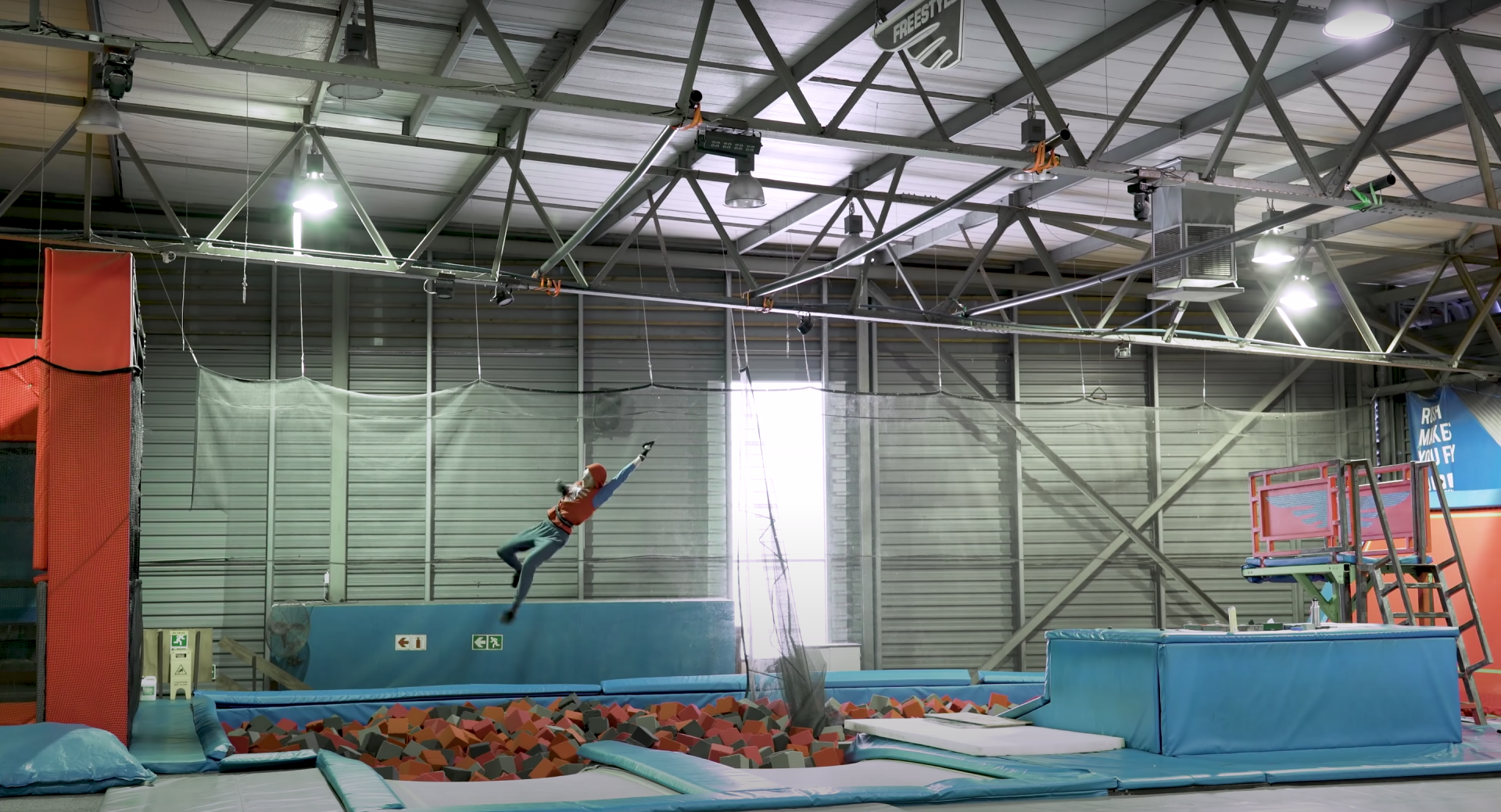