ATTACK ON TITAN at Universal Studios Japan Is Jaw-Dropping

You’ll see those and more at this firsthand look at the Attack on Titan VR roller coaster ride currently at Universal Studios Japan. YouTuber Kelsea Dyer took her camera along for the incredible theme park experience, complete with a tour of the gift shop, the queue for the ride, and the mouth-watering menu at the park’s Survey Corps Mess Hall.

The riders in line take on the roles of passengers in a cart escaping from the city of Trost, the familiar characters from the manga and anime explain while they wait. They must evade the clutches of ravenous Titans as the unsettling giants breach through the city’s walls. Riders may be wearing VR headsets, but the experience will still feel very real, and they’ll be happy to have the Survey Corps at their side.

That Attack on Titan gift shop, though… how can we buy one of everything before the experience leaves Universal Studios Japan on July 5? 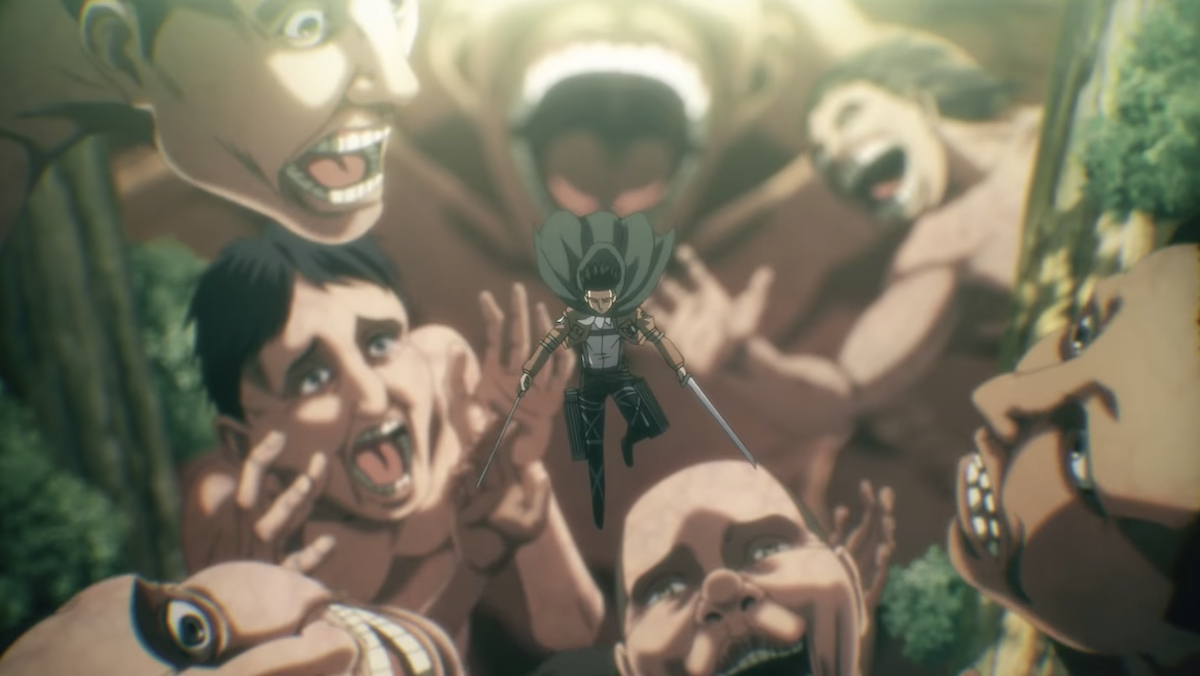 Attack on Titan is a highly acclaimed and obviously very popular television series that returns in 2020 for its fourth season after years of waiting. If you haven’t already seen the trailer for the final season of the series, prepare to have your mind blown. (Unofficial English subtitles are provided.)

After so many revelations at the end of the third season, who knows what kind of world we’ll find Eren, Mikasa, and Armin in. Time has passed in the story since we last saw them, and it feels like forever until we finally find out how the earth-shattering war between Titans and humans will end.

Keep an eye out for news from Funimation and Crunchyroll for airdates later this year.