In 2020 there is no such thing as “too much ice cream.” During a year like this, you should eat as much as you want, as often as you want, whenever you want. Of course, we need more than just sweet frozen treats to survive a pandemic. Over the last nine months we’ve also needed as many laughs as we can get. Now Ben & Jerry’s has teamed up with Netflix to give us both. The ice cream company’s new flavor “Punch Line” comes with its very own joke hotline to serving up comedy.

Ben & Jerry’s has partnered with Netflix Is A Joke for “ Punch Line.” The newest addition to the company’s line combines brown butter bourbon and almond ice creams with roasted almonds and cherries. Gotta be honest: WOULD EAT. Or rather: WILL EAT. This is actually the fourth time the two companies have joined forces for a new flavor. But this is the first time they have also created an accompanying hotline for fans who are looking for a laugh to go with their dessert.

Just dial 1-866-PUNCHLINE to hear jokes from comedians Wanda Sykes, Fortune Feimster, and Aparna Nancherla. All three stand-ups have been featured on Netflix or the Netflix Is A Joke YouTube channel. The hotline also doubles as a nice way to kill some time. It’s not merely a number you call and hear a random joke. It provides numerous options on certain topics and specific rants from the three performers. You can also select subcategories for the many different options of jokes available. 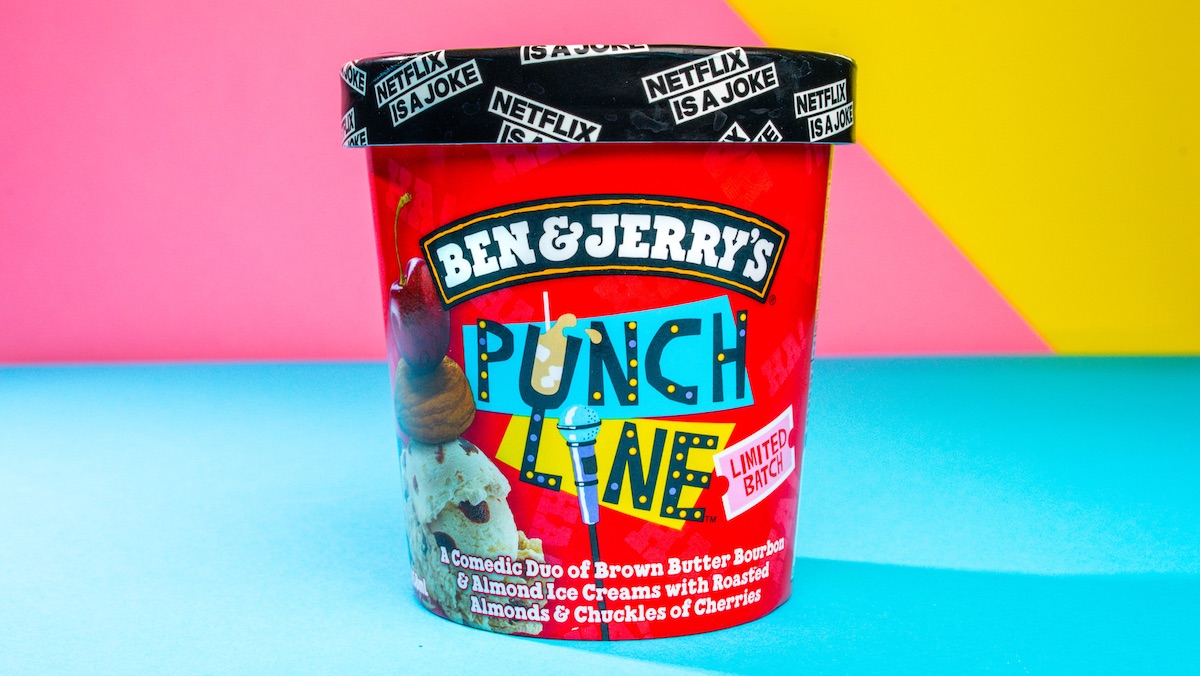 In that way it’s a lot like Ben & Jerry’s itself, which provides a wide range of flavor options and combinations. There’s something for everyone’s pallet, both food and comedy-wise. However, if you want to choose “Punch Line” don’t delay. It’s “headlining store shelves across the country now” as a Limited Batch, costing $4.99-$5.49.

This year we can use as many laughs and as many ice cream options as we can get.