Ben & Jerry's Has a Real Graveyard for Discontinued Flavors - Nerdist

Ben & Jerry’s Has a Real Graveyard for Discontinued Flavors

There are lots of reasons to love Ben & Jerry’s. But one of our favorite things about the company is that its always releasing fun new flavors. Not every item that makes it to store shelves stays there forever, though. Some are eventually discontinued. However, those fallen pints don’t just become forgotten treats. The company commemorates them in a way normal for people, but significantly less common for food products. Ben & Jerry’s has an actual “Flavor Graveyard” for their “dearly de-pinted” ice creams.

No, seriously. It’s an actual cemetery you can visit in Vermont.

The Flavor Graveyard (which we learned about at Bored Panda), is located on a hill overlooking the company’s factory in Waterbury, Vermont. It features granite headstones for retired ice cream flavors. Each grave lists the late dessert’s year of “birth” and “death.” They also include a funny little poem about the fallen foodstuff, which typically include information about the flavor combination and how it ended up six-feet under. The official Flavor Graveyard website also pays tribute to the deceased delights.

First erected in 1997, it only had four flavors “buried” there: Dastardly Mash, Economic Crunch, Ethan Almond, and Tuskegee Chunk. Since then dozens and dozens of “not-so-bestsellers” have made their way to the cemetery. 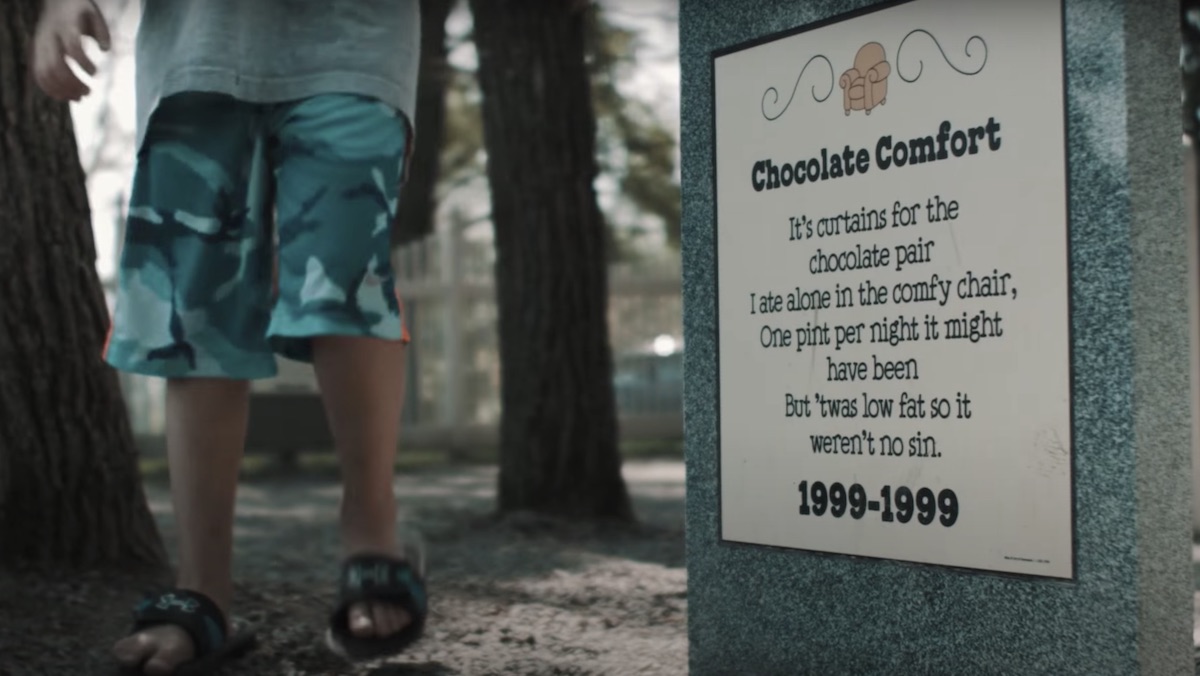 Ben & Jerry’s started taking their silly tribute to a whole other level in 2015, though. They really did start putting something in the ground. The company held an actual funeral for What a Cluster, complete with a tiny little coffin.

You can find all of the discontinued ice creams at the virtual Flavor Graveyard online. And that’s also where you can find a miracle. Ben & Jerry’s lets customers vote on what flavors should be resurrected. Some will hopefully stay buried, like Dastardly Mash with its raisins. Others, like Aloha Macadamia, are the exact kind of zombies we’d be happy to see.

And that’s just another reason to love Ben & Jerry’s. It’s the only ice cream shop that could make the walking dead taste good.