BEETLEJUICE Documentary Takes Us Back to the Neither-World - Nerdist

BEETLEJUICE Documentary Takes Us Back to the Neither-World

Although Pee-wee’s Big Adventure was Tim Burton’s first feature film, his second outing is what really defined the whole Burton aesthetic to the general public. I’m speaking, of course, about Beetlejuice, one of the greatest supernatural comedies of all time. Now, a Beetlejuice super fan has created a documentary chronicling the making of this classic comedy, with Documentary for the Recently Deceased: The Making of Beetlejuice. And they’ve just released a new teaser for the doc, which goes into the location shooting in the small town of East Corinth, Vermont.

You can check it out down below:

The film was directed by Fred China, a French filmmaker and  die-hard fan of Tim Burton’s “ghost with the most.”  He teamed up with producer Adam F. Goldberg (The Goldbergs) and Lee Leshen, who produced the Back to the Future documentary Back in Time, as well as the Ghostbusters doc called Ghostheads. Just like those feature length documentaries, this one is also being brought to life with help from the fans, via a Kickstarter campaign. 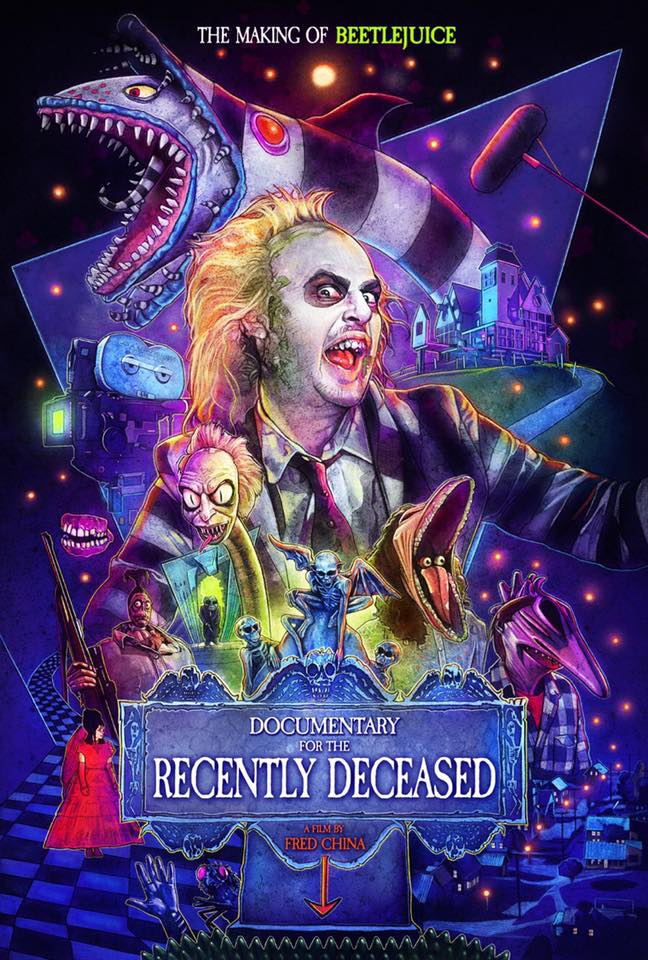 Documentary for the Recently Deceased will cover all the aspects of the making of Beetlejuice, from shooting the film in Vermont, to all the stop motion and special effects work, along with several interviews and rare behind the scenes archives acquired by China over the last several decades. China has already met and interviewed several prominent folks involved with the production, although whether or not he was able to get any cast members or Burton to participate remains a mystery. However, the Kickstarter page has promised a few surprise interviews. Here’s hoping that means we get interviews with Michael Keaton, Winona Ryder, and maybe Burton himself.

Documentary for the Recently Deceased is the latest in a long line of crowd-funded, fan produced documentaries made about iconic movies. In the early days of DVD, the studios themselves poured time, energy, and money into making great behind-the-scenes docs about classic films. But as the physical media market has shrunken down, the studios no longer bother with this sort of thing. Luckily, the fans have picked up the slack. And this is looking to be another great entry in that library.

Documentary for the Recently Deceased doesn’t have a release date yet. However, filmmakers are the aiming for a December release.