A couple years back, we discovered the work of stop motion animator and YouTuber Kyle Roberts. His stop-motion recreations of The Real Ghostbusters cartoon intro and the Teenage Mutant Ninja Turtles trailer were spot on, and put giant smiles on our faces. But for his latest project, Kyle Roberts and his Reckless Abandonment Pictures studio outdid themselves with some Batman stop-motion action. And all while tugging at our heartstrings.

Via Laughing Squid, we learned that together with Make-A-Wish, Roberts assisted a 12-year-old boy with a special project. Booker, who has a rare congenital disease, asked Roberts for his assistance with a stop-motion short of his own. Booker had seen Roberts’ videos online, and was a huge fan. So on this year’s official Batman Day, Booker and Roberts created We Are Batman. The short features the Dark Knight, Robin, the Joker, Harley Quinn, along with Superman and Wonder Woman. There’s even a LEGO Batman head cameo. You can watch the full video right here:

According to Roberts, he and his team crafted the whole story with Booker. Soon afterward, “Booker came to the studio for one of the animating days and also made a live-action cameo with his dad. After 1,200 individual photos and 3 weeks of work, we wrapped the stop-motion animation part of the production. Booker also came to the studio for a day during post-production where the team walked through tricks and tips in compositing and rotoscoping.” 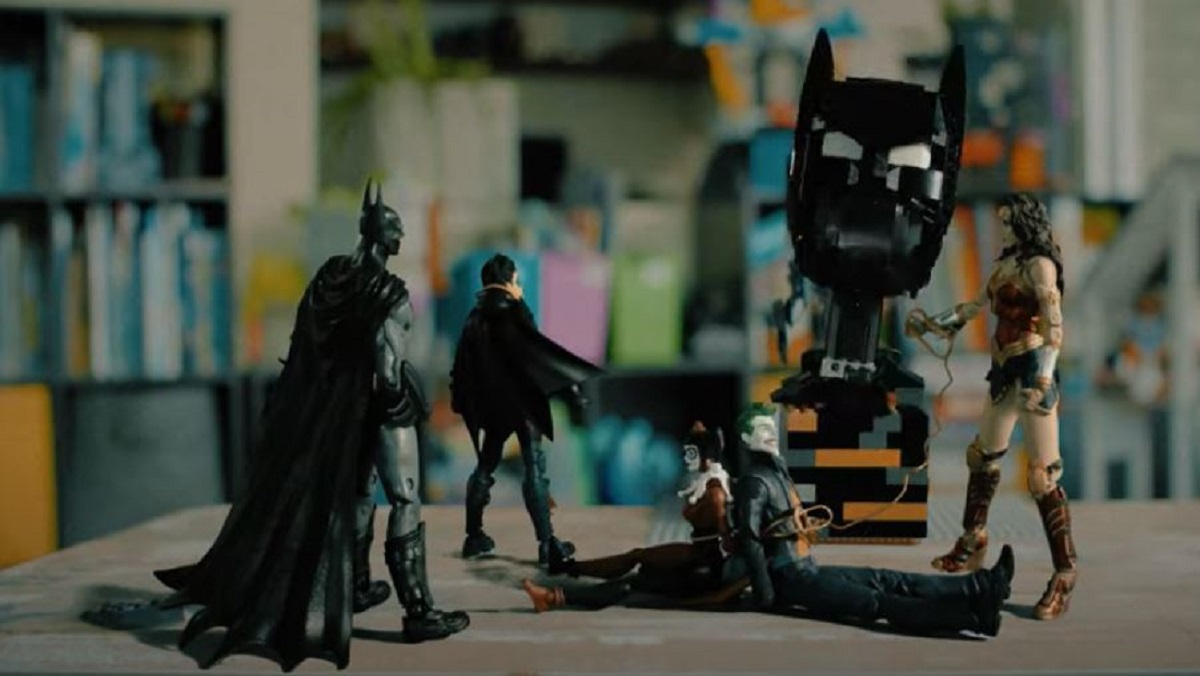 The result is this delightful little Batman stop-motion short. Well, with Superman and Wonder Woman involved, it’s really more of a Justice League short. Although we guess Batman does save the day at the end. (Oh Bruce, always showboating). As to just why ol’ Bats is Booker’s favorite, he said, “Three main reasons. Because he is good with tech (Batarangs). He is trained as a ninja. His costume and personality are scary but he is good.” Honestly, it’s hard to argue with any of that. Batman kind of is the best.