The folks at Hot Toys have created some of the most realistic and movie-accurate deluxe action figures ever made. And many of those figures are based on the Batman franchise, especially the films of Tim Burton and Christopher Nolan. But now, fans of the Joel Schumacher ’90s films are going to get the figures they’ve been waiting for. 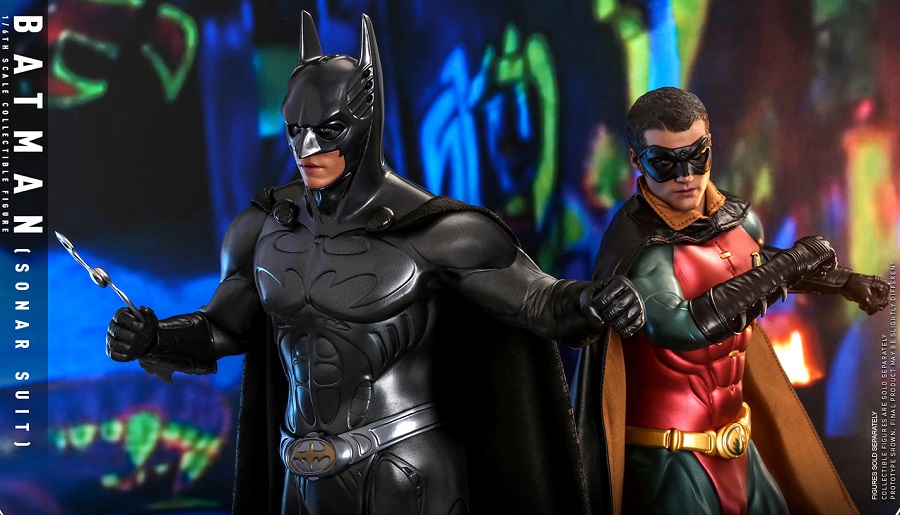 Two new Movie Masterpiece 1:6 scale figures inspired by Batman Forever have just been revealed. These showcase Val Kilmer and Chris O’ Donnell’s versions of the Caped Crusaders. Both ultra-realistic sixth scale figures come with detailed accessories, allowing collectors to recreate iconic scenes from the movie.  You can check out several images of these new deluxe figures down below: 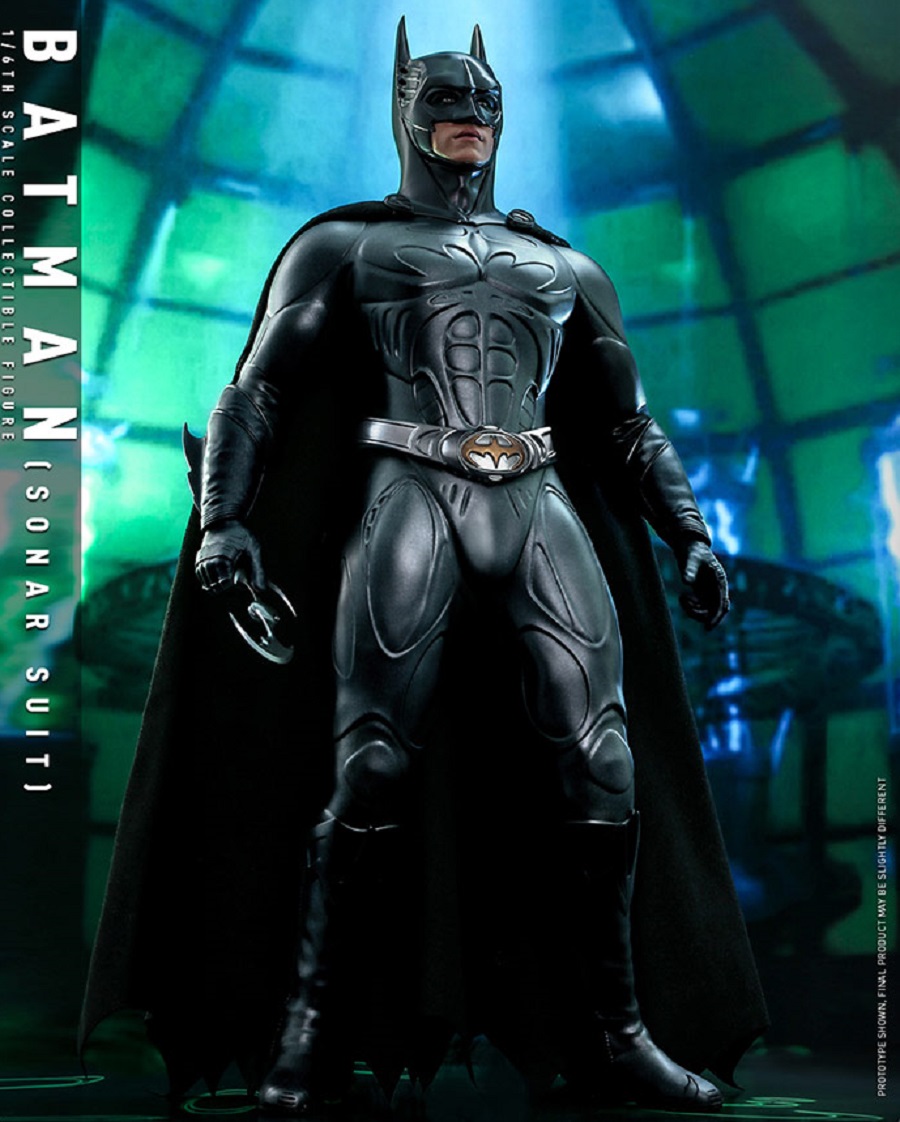 Batman Forever’s Dark Knight comes with a newly developed, hand-painted head sculpt with separate “rolling eyeballs” feature. It also has movie-accurate facial expression and detailed skin texture, along with 30 points of articulation. Batman has multiple interchangeable gloved hands for a variety of posing and display options, among them a Sonar Batsuit with metallic gold belt buckle, a black cape, and a utility belt. 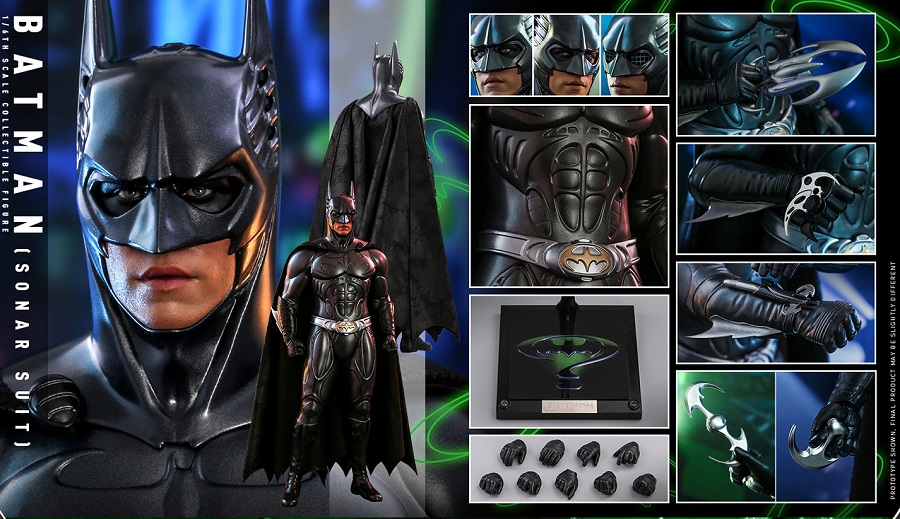 The Batman collector’s figure also comes with one pair of black forearm gauntlets, a pair of boots, an underwater thruster. There’s also a foldable Sonic Batarang, a Batarang launcher with interchangeable modes, and a Bat clamp launcher. Batman also comes with a specially painted figure stand, with character nameplate and movie logo. Pre-orders for Batman at $255 are available by clicking here. 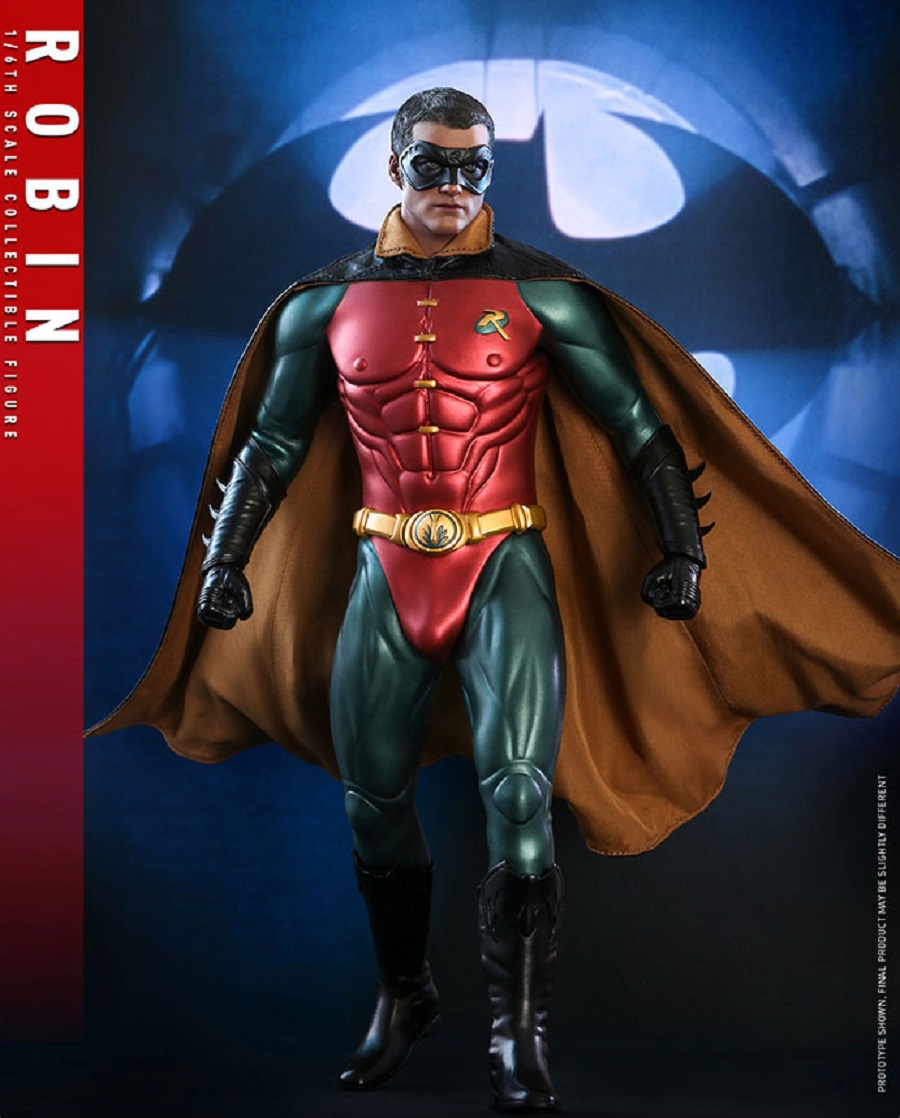 The Robin Batman Forever figure also comes with a newly developed, hand-painted head sculpt with movie-accurate facial expression, detailed skin texture and face mask, as well as a specialized body with 30 points of articulation. The Boy Wonder also comes with six interchangeable gloved hands including one pair of fists, one pair of relaxed hands, and one pair of gesturing hands. 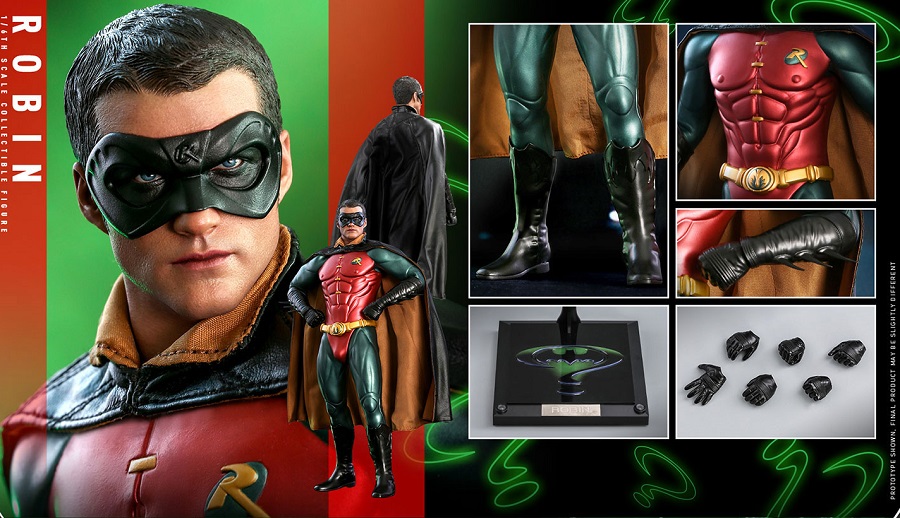 Robin also comes with a metallic red and green suit with gold utility belt and his own Robin logo. The figure also includes a black cape with collar, featuring internal wiring for posing, a pair of black forearm gauntlet, a pair of black boots, and specially painted figure stand, with character nameplate and movie logo. Pre-orders for Robin at $255 are available by clicking here.

Batman and Robin deluxe action figures are expected to ship in April of 2022. To check out more images, be sure to head on over to the Sideshow Collectibles website.