The band Froggy took that sage wisdom both to heart and to 7-Eleven. The group wrote a song about the convenience store chain’s nachos. Then they really went for it when they asked the company to sponsor them. And it worked. 7-Eleven said yes. Now the world not only has a hyper specific theme song for the most unlikely of products, it has a music video too.

Froggy shot its shot when it reached out to 7-Eleven about their (no longer) unsanctioned theme “7-Eleven Nachos.” It was essentially a joke request. But the chain not only said yes, it produced a music video for the song. (Which we first heard about at Eater Philly.)

Originally written in 2020, the track from the self-proclaimed “riot grrrl band” of teenagers from the Philly suburbs goes all-in hard for their love of the cheese and tortilla snack. (Which anyone who has ever been less than sober at 3 a.m. knows can be the greatest food in the world in the right setting.) And they made an equally intense music video to match their adoration. 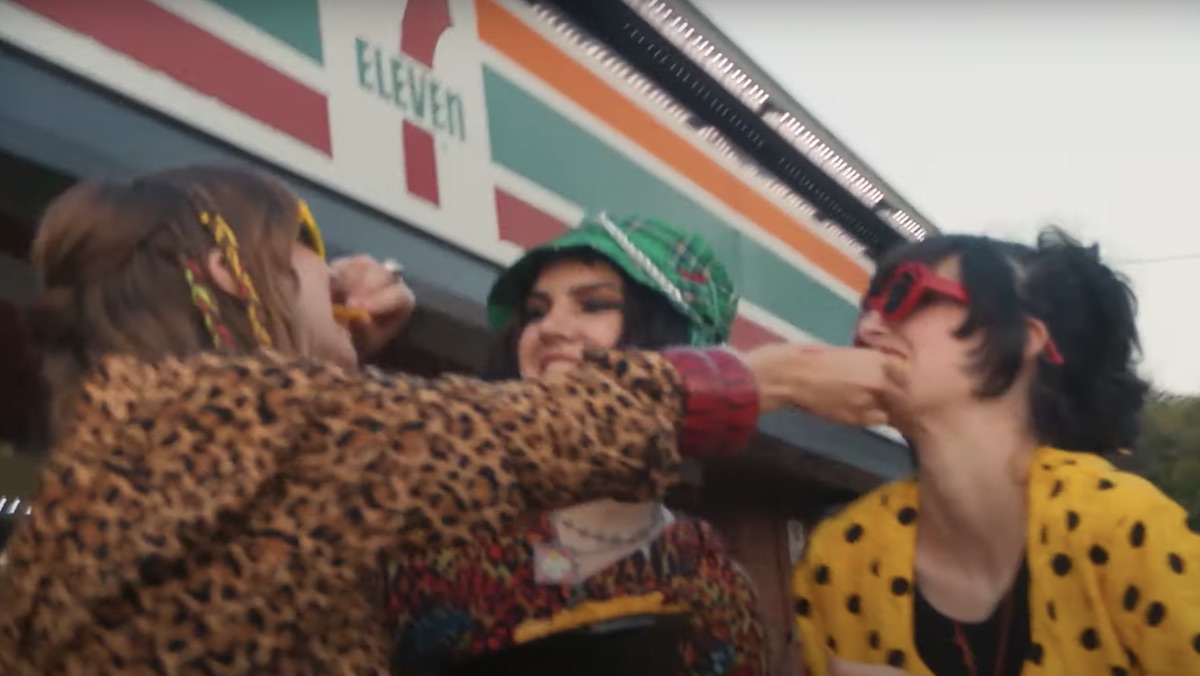 It takes place at a cowboy-hosted fair outside a 7-Eleven. That event turns into a rock concert once the three band members arrive—the kind of rock concert where people stuff their faces full of nachos from a big buffet table. All while others wrestle in an inflatable kiddie pool full of cheese. And some attendees slip around on some orange goodness. Because anyone can sing about their love of 7-Eleven nachos, but only the truly committed will bathe in it.

Not only did Froggy give us a banging song and an equally great music video, they reminded us all of an important lesson: you can’t score if you don’t shoot. And on that note, I’d just like to ask Jeff Bezos to sponsor my wishes to be a billionaire. At the very least maybe just supply me with a lifetime supply of 7-Eleven nachos.