Thanks to the plethora of board games being released every week, gamers have more choices than ever before when it comes to their tabletop entertainment.

Not all games manage to strike a chord with gamers, though, and most are forgotten in the unending rush to play the newest and hottest titles. For every The Settlers of Catan that becomes a cultural phenomenon, there are thousands of games that fall by the wayside.

And while Catan has been around for over 20 years, that’s nothing compared to a game that’s been played for thousands of years.

One of the oldest known board games, backgammon dates back at least 5,000 years to the Middle East. Excavations there turned up what looked like a backgammon-like game with dice and checkers, making it at least 1,500 years older than chess.

At its heart backgammon is an abstract racing game that combines strategy with luck. You and your opponent try to get all of your pieces to your home base and then bear them off the board.

Each player sets up their 15 checkers on predetermined points on the board. You roll dice to determine movement. If you ever land on an opponent’s checker, it’s banished off the board and they must roll a number to get back on before they can move their other pieces.

Once a player gets all of their checkers to their home base, they can begin bearing off, or rolling to move their pieces off the board. The first to do so wins the game.

Since most games are quick, a match of several games is typically played, with the winner being the first player to reach the number agreed upon. 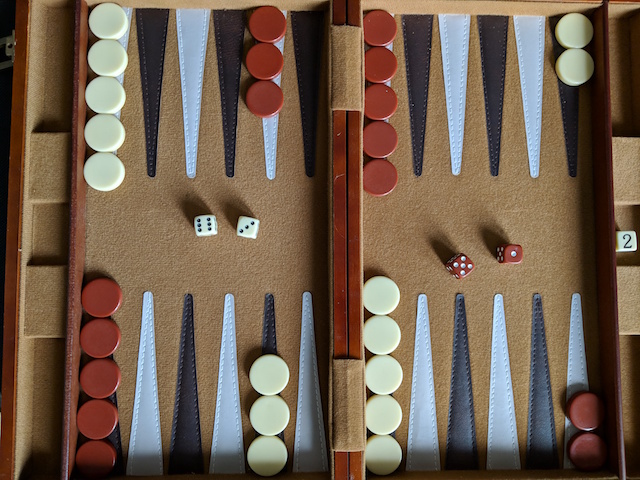 Backgammon underwent minor changes throughout the centuries, but in the 1920s the biggest change to its rules took place. While it’s debatable who exactly introduced the doubling cube into the game, it’s generally accepted that it gained popularity in the backgammon clubs in the lower east side of New York City.

This was a boon to the smartest and most experienced players, who knew when they’d have an edge in expected value. It also attracted gamblers who liked to wager large amounts of cash on a match. 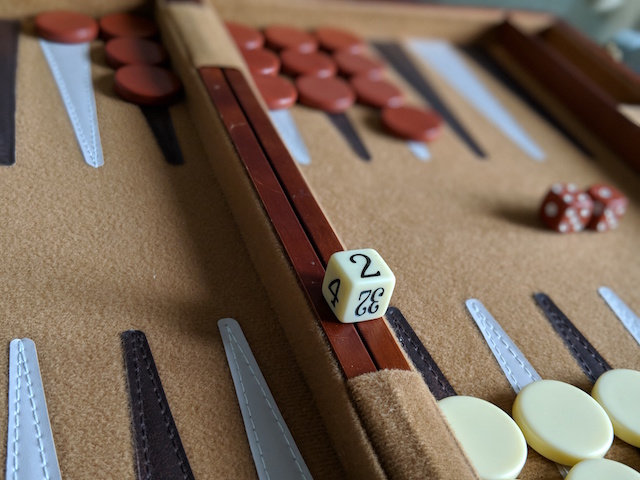 Backgammon enjoyed a burst of popularity in the 1960s and 1970s, when the International Backgammon Association was created. The game was played throughout the U.S., from college campuses to country clubs, and backgammon clubs soon popped up everywhere. Even Hugh Hefner hosted backgammon parties at the Playboy Mansion.

Although the game’s popularity eventually waned in the U.S., it’s still played everywhere in the world. Each year top players compete in the World Backgammon Championship in Monte Carlo. The current champion is Akiko Yazawa, a Japanese professional player who became the first woman to win two championships, winning in 2014 before her victory this year.

While you won’t see the game on the current hot list at boardgamegeek.com, the backgammon scene continues to thrive in casual meetups, private clubs, and open tournaments. With thousands of years of play behind it, backgammon will continue to be found on tabletops worldwide.

What’s your favorite classic game? Tell us in the comments below!  Love tabletop games? So do we! Join Becca Scott where she breaks out fantastic board games on  How To Play and  Game the Game every week here on Geek & Sundry!