Doc and Marty Return in BACK TO THE FUTURE – THE MUSICAL

If you make a popular movie, even one without much singing in it, someday you might find yourself watching your story brought to life in song. Tina Fey’s Mean Girls became a musical. As did Tim Burton’s Beetlejuice. From Big Fish and Billy Elliot, to Catch Me If You Can and A Christmas Story, lots of movies have gone from the big screen to a Broadway stage. Now another iconic film is ready to go back to the stage. And it will be going 88 miles per hour when it gets there. Back to the Future – The Musical is returning after a long hiatus. And the show’s official trailer is so powerful it could power Doc Brown’s DeLorean all by itself.

Marty McFly will once again be hit on by his mother. Learn his father was a creepy loser. And almost vanish from existence entirely. But you know, in a way that makes for a real good time. As the (relatively) new Back to the Future – The Musical makes its triumphant return. The show originally debuted at the Manchester Opera House in February of 2020. Not the best timing! Now it’s back and moving to the Adelphi Theater in London. It’s a song-filled version of the movie. But with the story fans know and love. Here’s the musical’s official synopsis:

When Marty McFly finds himself transported back to 1955 in a time machine built by the eccentric scientist Doc Brown, he accidentally changes the course of history. Now he’s in a race against time to fix the present, escape the past and send himself… back to the future.” 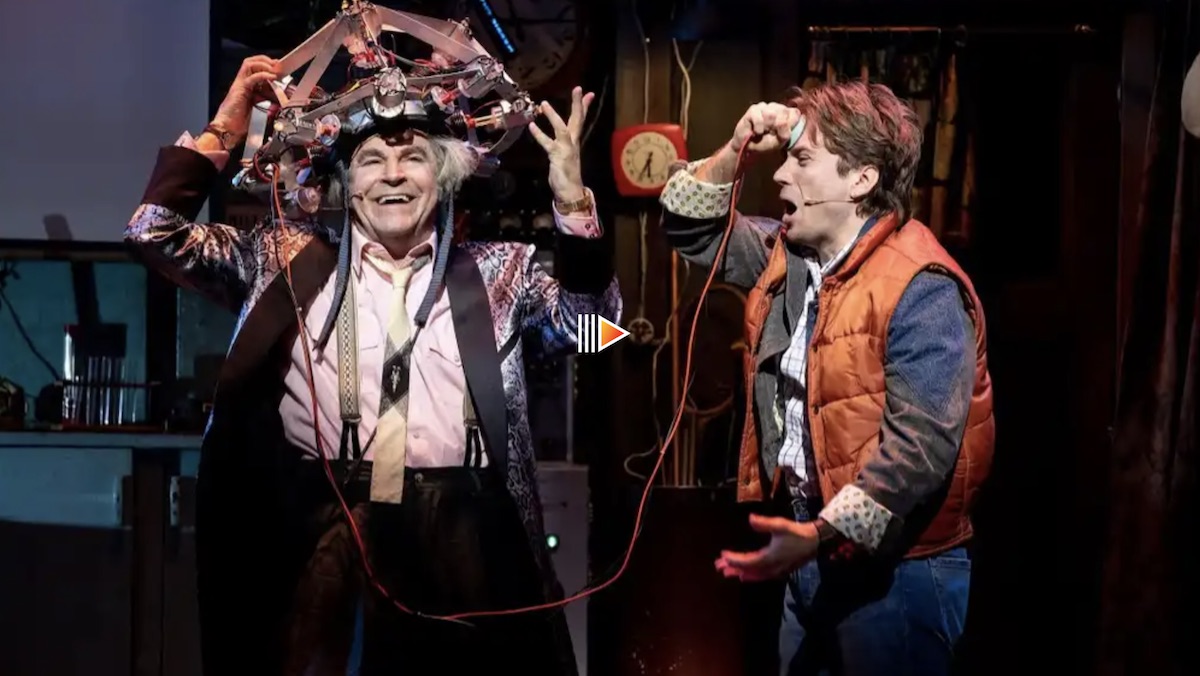 Back to the Future – The Musical

Olly Dobson stars as Marty. And one of our favorites, Roger Bart (Young Frankenstein: The Musical), stars opposite him as Doc Brown. With the DeLorean—and also the power of love—they’ll try to fix the timeline they broke. All while dancing and singing.

You can book your tickets now. Or, if you have your own time machine, go back and book them yesterday. Either/or. Just stay on the ground driving actual roads when you go to the show.

TAGGED: Back to the Future, Doc Brown, Marty McFly, musicals