When Does AVENGERS: INFINITY WAR Takes Place in the MCU Timeline? - Nerdist

When Does AVENGERS: INFINITY WAR Takes Place in the MCU Timeline?

With 18 movies released over the span of a decade, all taking place on the same shared timeline, making chronological sense of the Marvel Cinematic Universe can be a difficult task. For a franchise that places such a high value on continuity, Marvel can sometimes play fast and loose with its timeline of events, which makes it confusing for fans to track sometimes. However, we now have confirmation as to when exactly when Avengers: Infinity War takes place within the sprawling timeline of the MCU.

[brightcove video_id=”5776418109001″ brightcove_account_id=”3653334524001″ brightcove_player_id=“rJs2ZD8x”]“This takes place very shortly after the events of Black Panther,” co-director Joe Russo told our reporter Markeia McCarty at a recent Infinity War press day. “I would say equivalent to the real time in between the films.

If we’re going by release dates, then that is exactly 70 days–or 2 months and 11 days–between Black Panther‘s February 16 release and Infinity War‘s April 27 release.

This may be confusing when you consider the fact that Black Panther allegedly takes place in the days following Civil War, which puts it it squarely in 2016. Meanwhile, Kevin Feige told CinemaBlend that Infinity War takes place four years after Guardians of the Galaxy, Vol. 2, which takes place in 2014. That would put Infinity War in 2018, according to Marvel Studios’ head honcho. 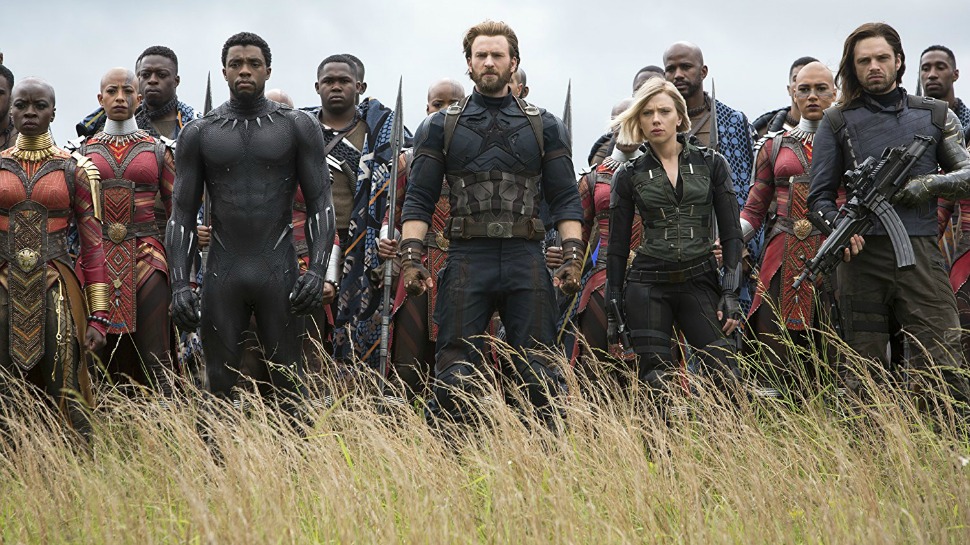 Furthermore–and this may constitute a mild spoiler for Avengers: Infinity War–the movie opens on events transpiring on the spaceship Thor used to flee from Asgard at the end of Thor: Ragnarok, which places this film shortly after that film in the universe’s continuity too. It is difficult to ascertain exactly how long after Thor: Ragnarok, but there is a narrative throughline there immediately connecting the two movies.

Also, there’s that whole debacle about Spider-Man: Homecoming taking place 8 years after the events of The Avengers, which would put it in 2020–but Marvel has since, in proud comics tradition, retconned that detail.

At times like this, it’s best to remember what Kevin Feige told CinemaBlend in an interview:

“I think people like to talk about our long term plans, which we certainly have. But very rarely do those long term plans dictate the specificity of any individual film. It’s usually the opposite. It’s focusing on a story, and focusing on the individual movie that we’re making to do what’s best. And then, if something changes that we weren’t quite expecting down the line because it was made for a better movie, then we deal with it down the line.”

For now, all you need to know is that Infinity War takes place shortly after Black Panther.

In addition to clarifying where Infinity War sits in the MCU’s chronology, directors Joe and Anthony Russo told us about whether or not the Avengers are ready to take on Thanos, how beholden they feel to honoring the comic book source material, and much more.

What will Avengers 4’s spoilerific title be?