Earlier this year, researchers at NASA released an image of “sibling” galaxies “fighting” amongst themselves. It was a stunning image, as well as a reminder to call your siblings—or perhaps star in a Marvel series with them. Now, astronomers in Australia have given us another glimpse of anthropomorphized cosmos.

This time featuring a pair of greenish “dancing ghosts” tangoing a billion light-years from Earth. 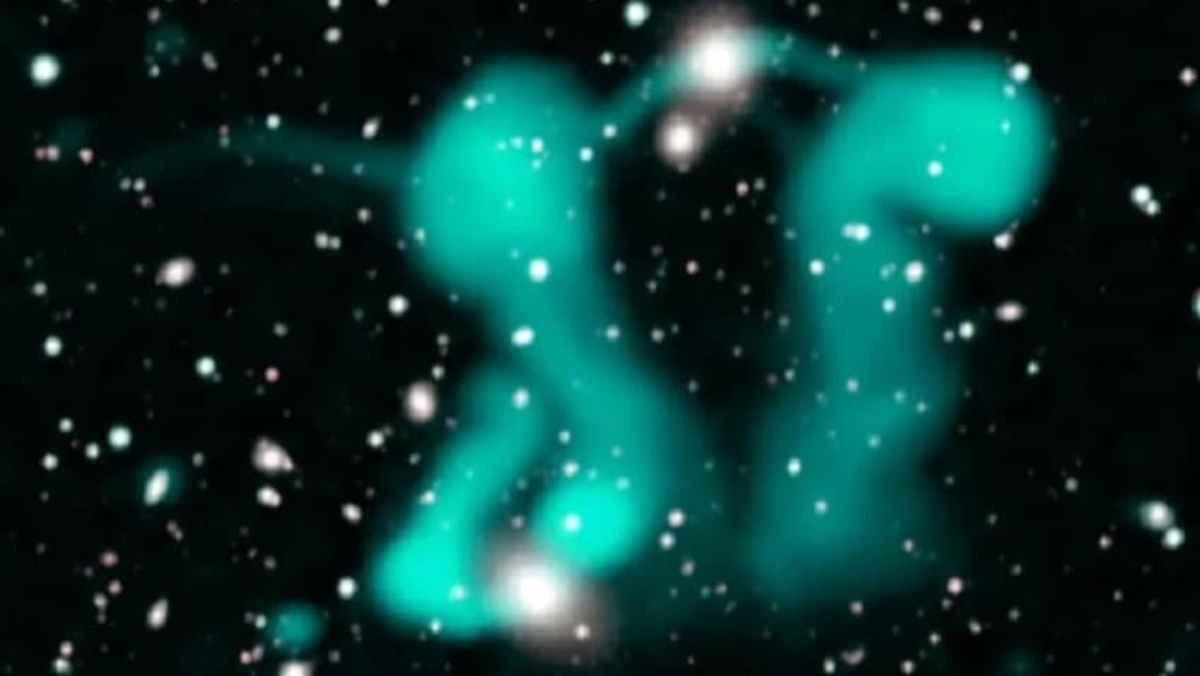 Science Alert picked up on the brilliant, ethereal ghosts, which consist of five-billion-light-year-long electron jets. Apparently, this corner of the cosmos is home to two adjacent galaxies. And, each one has a supermassive black hole at its center. Said black holes are cranking out the electron jets as they consume chaotic disks of gas and dust around them. That spews particles into space as their magnetic fields coil and snap.

While spewing black holes like these are common in the cosmos, their jets are often straight. The energetic electron streams zip through space with a laser beam-like tightness, uninhibited by obstacles. In this case, “intergalactic winds” are shaping the jets. Thus, making it appear as if two “ghosts” are swirling around each other against a backdrop of starry space.

Interpretations will vary obviously, but we see the two ghosts doing a ballroom tango with their “hands” clasped above their heads. (Note that the “3” arrow in the image immediately below marks a “filament” of electron jet with a still-mysterious source.) 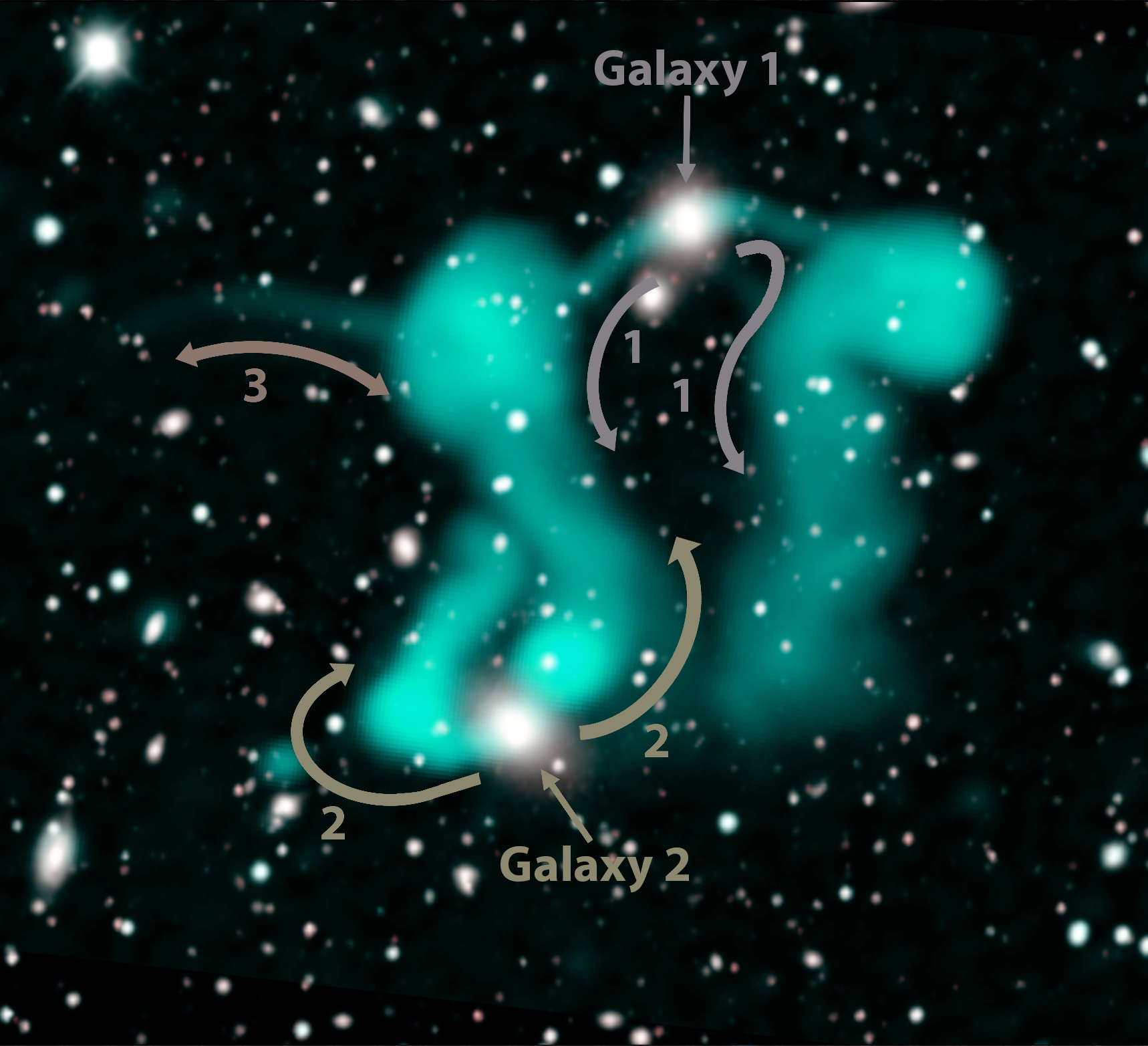 One of the ghosts’ chief discoverers, Ray Norris, an astronomer at Western Sydney University, wrote in a blog post that he and his colleagues still don’t understand the details of this ghastly cosmic phenomenon. They don’t know, for example, where the intergalactic winds are coming from. Nor why the two jets have become so tangled.

To find out the answers to these questions, the astronomers will continue to scan the skies using the Australian Square Kilometer Array Pathfinder (ASKAP), a radio telescope array in Western Australia. Although they’ll undoubtedly find a lot more freaky stuff anyway. Such as Orcs. Literally, though: ORCS or Odd Radio Circles are out there too, just like the one below. 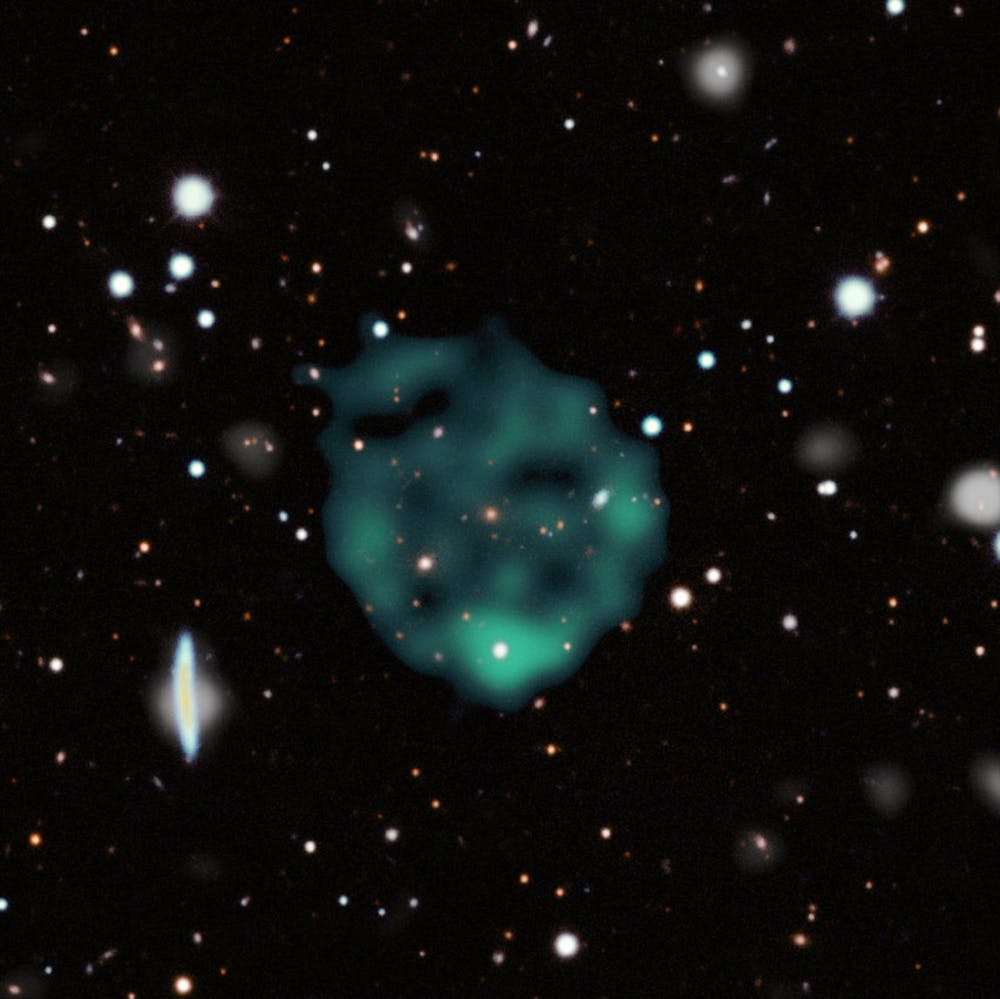