In April 1990, the Space Shuttle Discovery launched into orbit around Earth with a precious, multibillion dollar payload on board: the Hubble Space Telescope. Since then, Hubble has beamed some of the most iconic images of the cosmos ever captured back to Earth. It’s delivered countless insights into everything from the age of the universe to the relationship between galaxies and their central black holes. Even today, 15 years past its once expected retirement date, Hubble is still acting as one of humanity’s greatest space-based sense organs.

In celebration of the orbiting oculus’ 30th anniversary, Science Channel is releasing a two-hour special, Hubble: Thirty Years of Discovery. The show delves into Hubble’s harrowing history and all of the glorious visual treasures and jewels of knowledge it’s plucked from starry space. Mike Massimino, one of the astronauts responsible for keeping Hubble alive for so long, spoke with Nerdist about Science Channel’s special, his “surreal” experiences repairing the telescope out in space, and his new book aimed at encouraging young people to believe in themselves and their ability to do great things.

But first, here’s an exclusive clip from Hubble: Thirty Years of Discovery:

“[It’s an] amazing machine,” Massimino said of Hubble. “The story of the telescope… is like The Little Engine That Could. It was dreamt about by astronomers over 100 years ago, it was built and delayed in its launch, it finally got to space, and then it couldn’t see well enough.”

To repair Hubble, astronauts on subsequent Space Shuttle missions traveled out to the telescope—which orbits Earth 100 miles further out from our planet’s surface relative to the International Space Station—and performed spacewalks to make necessary fixes and upgrades. Massimino was involved with the last two Shuttle missions to service Hubble. His take on space is as majestic as one would expect.

Check out this Sneak Peak from "Hubble: 30 Years of Discovery", I am proud to be a part of this special program which premieres Sunday, April 19 at 8PM ET/PT on @ScienceChannel pic.twitter.com/AMZn6XCMDE

“I think it’s the coolest thing that people can do, is go out for a spacewalk,” Massimino said about his experiences hanging out near Hubble.”It’s the most extraordinary thing I’ve ever done, getting out there and spacewalking, particularly on…Hubble.” Although Massimino is an engineer, and of course, an astronaut, he referred to himself as a “spacewalker.” That makes the whole endeavor seem ten times more awesome.

Even though the experience of spacewalking was “surreal,” it was also downright nerve-racking. One particularly intense moment—recounted perfectly in Science Channel’s special, according to Massimino—came when the spacewalker stripped a screw on one of Hubble’s handrails. Those handrails needed to be removed in order to access the telescope’s power supply. “[T]he handrail’s not coming off and I’m not going to be able to get the access panel off and [I’m] not going to be able to replace the power supply and we’ll never find out if there’s life in the universe and I’m going to be blind,” Massimino said, describing his thought process at one point during the frightening hiccup. 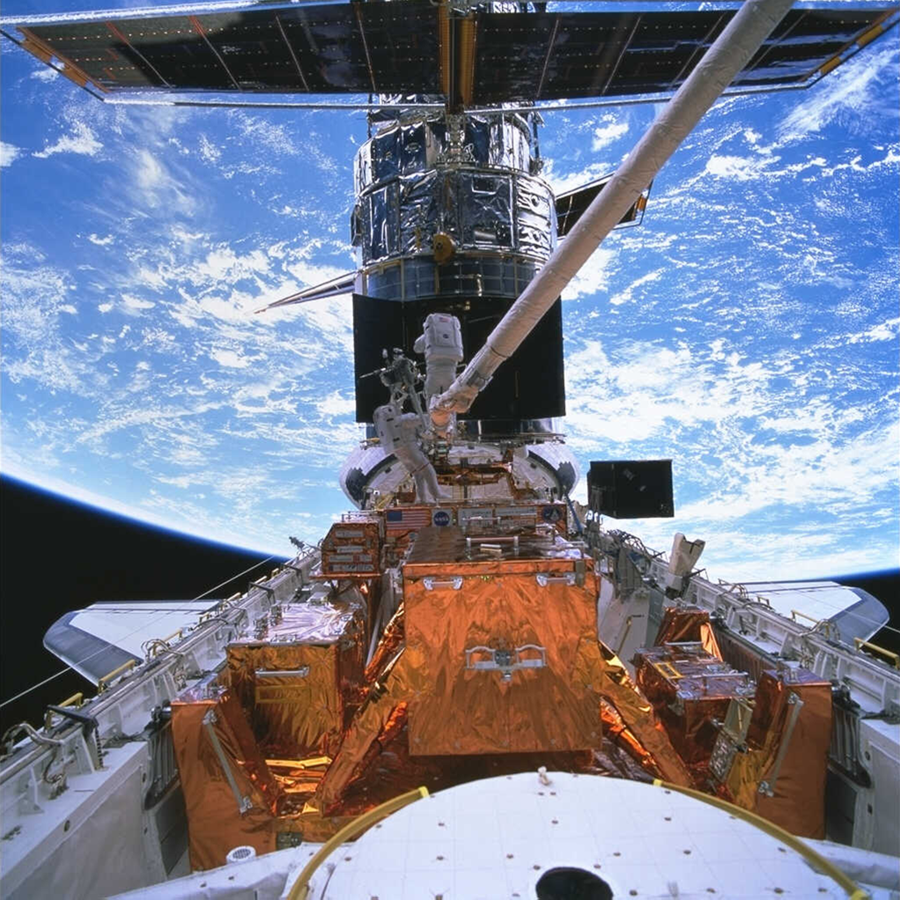 Mission control’s solution to the problem? “Just rip the handle off with brute force.” Massimino followed the instruction. It worked, and they considered it to be surprisingly inventive. That kind of maneuver is, as one would hope, not all that common when working out in space.

As far as his favorite Hubble images, Massimino said the ones that give him the most joy are those that are not important scientifically. Instead, he said his favorite images are the “release images” that Hubble sent back to Earth to demonstrate that it was in working order after his spacewalks. These were particularly wonderful for Massimino because they verified that he had accomplished his work on the telescope successfully. Although he did also note Hubble’s images of the Cone Nebula (pictured below) as particularly impressive. 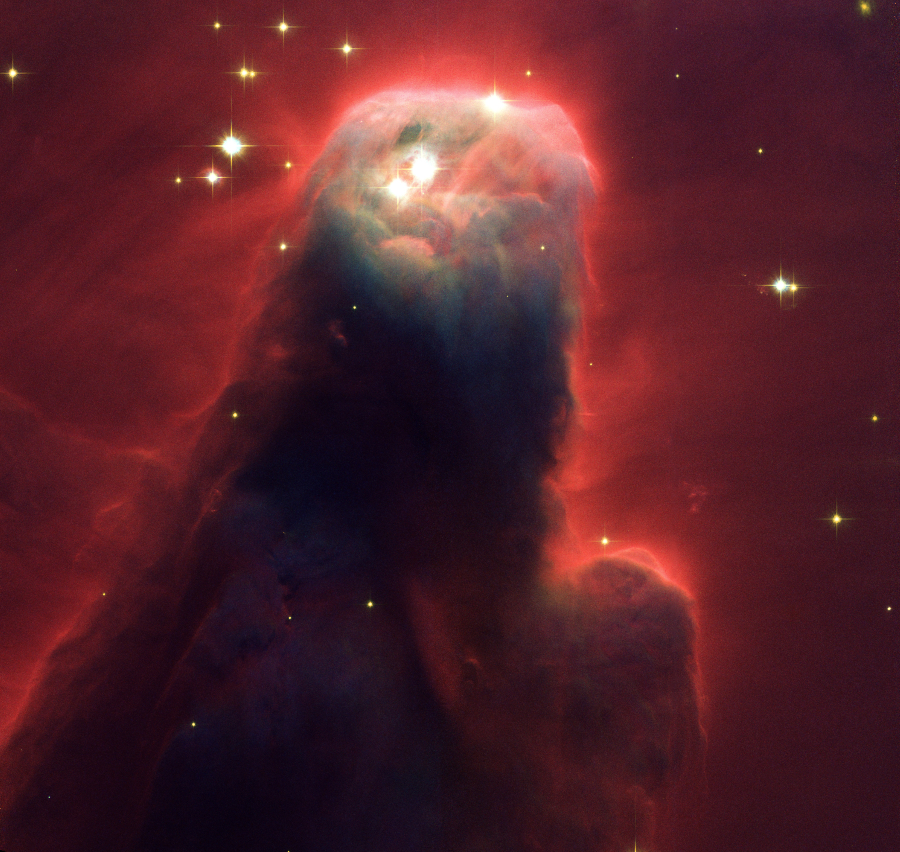 Looking forward, Massimino stated he’s excited about the James Webb Telescope, the successor to Hubble. However, he does seem a little concerned with its inability to be repaired after being launched out into space. (Unlike Hubble, astronauts will never be able to visit Webb.) That caveat aside, Massimino said Webb “will be able to not only see even further than Hubble, and find things with greater resolution that Hubble can’t yet find and see, but [will also find] things we can’t even imagine about our universe.”

In the meantime, back here on terra firma, Massimino’s new book, Spaceman: The True Story of a Young Boy’s Journey to Becoming an Astronaut, has just been released. The goal of the book, Massimino said, is to help young people understand that “whatever is important to you, it doesn’t have to be the space program or anything in particular… it’s okay to dream and dream big and not know whether or not you can do it or whether you’re good at it.”

Massimino adds, “It’s more important to have a passion for something. Something you think is really cool.” This kind of message rings true coming from a professional spacewalker.

My book for young readers, Spaceman: The True Story of a Young Boy's Journey to Becoming an Astronaut, is available as of today! I hope it provides some inspiration and positive influence during this tough time. Stay healthy! https://t.co/gfAHD1WFLq pic.twitter.com/m8c3tZjlol

Massimino’s new book can be purchased online. Science Channel’s special features Massimino as well as four other astronauts who serviced Hubble. Hubble: Thirty Years of Discovery will air on the network on Sunday, April 19 at 8:00pm ET/PT.