Attention, Bravest Warriors aficionados! The folks over at Dark Horse Books will soon be bringing fans of Chris, Beth, Danny, and Plum an all-new hardcover book called The Art of Bravest Warriors. It will serve as an exploration of the hit animated series and will feature hundreds of marvelous art pieces in one incredible volume that longtime fans of the animated series will love.

The Art of Bravest Warriors warps through informative chapters on all of the main characters, beloved settings, and your favorite alien encounters from all four seasons of the show. This exclusive collection features pages and pages of gorgeous art from the creative mind of Bravest Warriors, creator Pendleton Ward (Adventure Time), along with fellow series developers Breehn Burns, Will McRobb, Chris Viscardi  and a host of other talented artists such as character designer Phil Rynda and background designer Steven Sugar, of Steven Universe fame.

Check out the cover art for the new book: 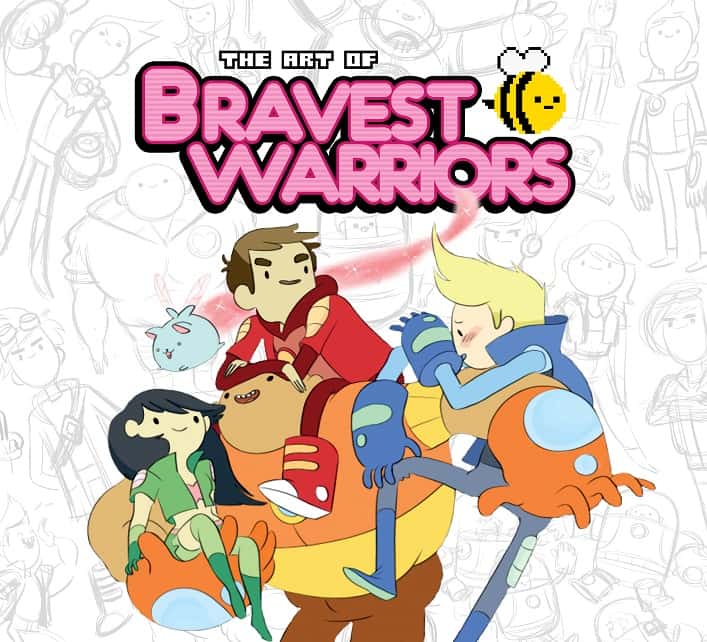 The Art of Bravest Warriors includes storyboards and scripts from early stages of the show’s production, going back to the show’s beginnings as a web series. The book will also include art from various different comics and fan art, coming from the most impassioned fans of the series. This will be the most comprehensive collection of illustrations for Bravest Warriors to date, and a deep dive into the development and production materials for the popular animated series. The Art of Bravest Warriors is simply the perfect way to explore the cosmos of their favorite zany teenage heroes-for-hire, and fans won’t want to miss their chance to reminisce on the team’s greatest adventures. And as long as there’s plenty of Catbug, we’re sold.