ARROW to End with a Shortened Season 8

The show that spawned an entire television universe will sadly come to an end soon. News has come via The Hollywood Reporter that Arrow, which began back in 2012 and launched a TV version of the DC Universe affectionately called the “Arrowverse,” will come to and end with the 2019-2020 season, the series’ eighth overall. The final season will be an abbreviated one, consisting of just ten episodes.

In a statement, showrunner Beth Schwartz and executive producers Greg Berlanti and Marc Guggenheim said “This was a difficult decision to come to, but like every hard decision we’ve made for the past seven years, it was with the best interests of Arrow in mind. We’re heartened by the fact that Arrow has birthed an entire universe of shows that will continue on for many years to come. We’re excited about crafting a conclusion that honors the show, its characters and its legacy and are grateful to all the writers, producers, actors, and — more importantly — the incredible crew that has sustained us and the show for over seven years.” 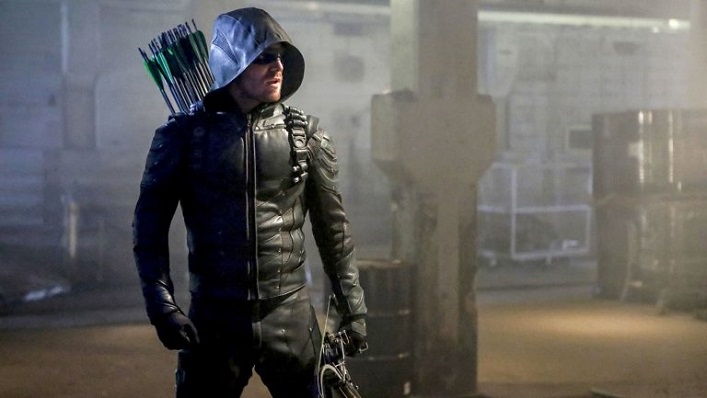 The series, which stars Stephen Amell as Oliver Queen, launched in the fall of 2012, when there were not nearly the amount of comic book-inspired shows on television. The show turned the Green Arrow character, not the most well known of the Justice Leaguers among the mainstream, into an A-list hero, and birthed not only The Flash, but also DC’s Legends of Tomorrow, Supergirl , and the upcoming Batwoman, which cross over every year in a multi-part event that fans anticipate each season.

Speculation has run rampant that the upcoming Crisis on Infinite Earths crossover in the fall would feature a major character death, and this could be the way that Stephen Amell says farewell to the character. While the original comic book event famously killed off Supergirl and the Flash, with both of those shows sticking around a while longer, it feels like it will be up to Oliver Queen to make the ultimate sacrifice for the good of the multiverse. Here’s hoping that Green Arrow gets the heroic exit he deserves.