The second part of The CW’s DC Universe Elseworlds crossover this year introduced BatwomanÂ played by Ruby Rose. Her screen time was limited, but we did get to see her kick plenty of bad guy ash and interact with Arrow, the Flash, and most importantlyÂ  SupergirlÂ (Melissa Benoist). The producers seemed to set up a new “World’s Finest” partnership between Supergirl and Batwoman, just in case the forthcoming Batwoman pilot goes to series (which, given producerÂ Greg Berlanti’s track record with DC Comics themed shows, wouldn’t be a surprise). 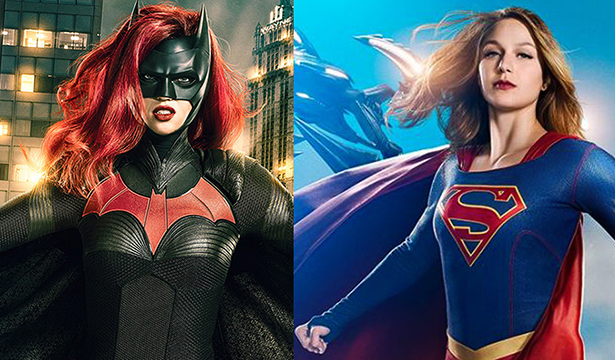 Although the Arrow and Flash friendship has been a key part of the larger Arrowverse, we think it’s time for The CW to embrace a new best super buddies relationship: Batwoman and Supergirl. The two characters do have a lot in common, but they’ve only had limited interaction in the comics, aside from sharing a panel here or there in larger crossover events. But if the comics haven’t done it, maybe it’s time for the TV universe to right that wrong.

The Odd Parallel History of Batwoman and Supergirl

Batwoman, who was introduced in 1956, was born out of societal homophobia (specifically to combat allegations of Batman’s homosexuality). Now, in a twist of delicious irony, she’s DC Comics’ most well-known LGBT superhero. In 1954, a pop psychologist named Frederic Wertham wrote a book called Seduction of the Innocent; heÂ claimed comic books were responsible for all the badly behaved children in America. Besides that, he said Batman and Robin were “homosexual propaganda” and conservative ’50s America ate up the idea. Comics were banned. DC survived by the skin of its teeth, but changes were made so as to not further inflame cultural watchdogs. 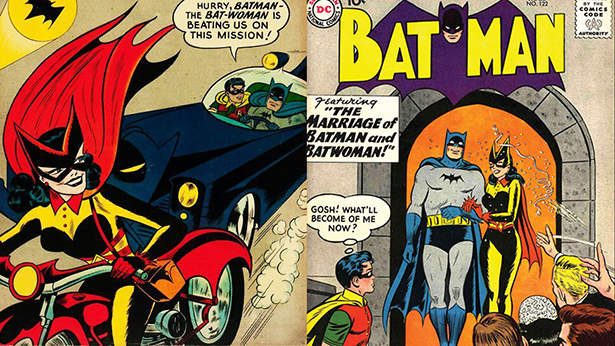 Batwoman,Â a former circus performer named Kathy Kane, was created as Batman’s love interest. She became a vigilante so Batman would fall in love with her and marry her, because in 1956 it was assumed that was a woman’s only life goal . Batwoman stuck around for about six years, but as the cultural hysteria died down, she was written out of the story. A new female Bat-hero was introduced in 1967 named Barbara Gordon, a.k.a. BatgirlÂ (not Bat-Girl from 1961). She was far more popular and became a long term comics icon. 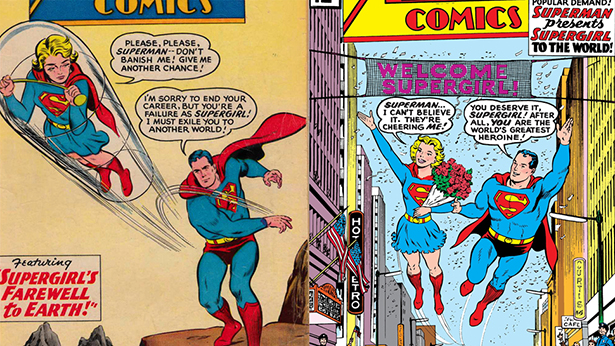 Supergirl was introduced two years after Batwoman in 1958 (as Super-Girl). Superman already had a girlfriend in Lois Lane, so his young cousin Supergirl was introduced as a way to reinforce the notion of Clark as the avuncular “super-dad.” Kara was like his surrogate daughter. Like Batwoman before her, she was essentially created to reinforce ’50s ideals of male and female relationships. She wasn’t really written as the empowering hero she should have been, and despite being popular, she was eventually killed off in DC’s Crisis on Infinite Earths–a death that stayed on the books for nearly twenty years.

In 2004, Supergirl returned. Kara Zor-El was a formidable powerhouse who could hold her own alongside her famous Kryptonian cousin. Batwoman was reintroduced shortly thereafter, too, but Kathy Kane was now Kate Kane. This lesbian hero was a radical reinvention of the character, sharing only a name with her original, sexist incarnation. She became Bruce Wayne’s cousin. 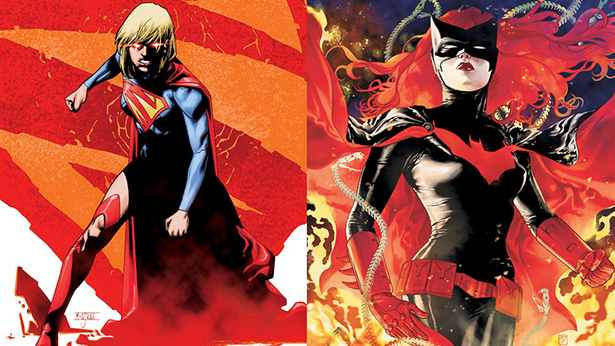 This gives Supergirl and Batwoman shared points of view: both are cousins to the world’s most famous superheroes, trying to live up their legacies while forging their own paths. But in modern comics, Batwoman is far more likable and less of a jerk than Batman is, while Supergirl is a little bit tougher and less “aw, shucks” than her cousin Clark. These commonalities mean Batwoman and Supergirl should at least be frequent allies, if not exactly besties, but the comics haven’t given us that. Television needs to step up and do it.Let’s see Batwoman and Supergirl became the new super team-up du jour, working together instead of beating each other up. The Elseworlds crossover has already given us a hint of this, but we want to see more. The movies might give us Clark and Bruce fighting over toxic masculinity nonsense, but TV can give us the “World’s Finest” team we deserve.