ARMY OF THE DEAD Trailer Shows Off Zombie Tigers - Nerdist

ARMY OF THE DEAD Trailer Shows Off Zombie Tigers

In most zombie movies, the living’s only concern is survival. Sometime that’s because they’re in immediate danger when the outbreak starts. Like in George A. Romero’s 1968 classic Night of the Living Dead. Other times, surviving is the only thing that matters because society has all but collapsed. That’s what happened to the UK in 2002’s 28 Days Later.

But what if only certain places fall to the dead, and a single space confines those ghouls? What would that mean to those who safely live outside of danger, in a still functioning world? In Zack Snyder’s new Netflix film Army of the Dead, it means robbing a Las Vegas casino. While zombies don’t have any use for money, mankind still does. (Unfortunately, no one bet on those zombies being organized. Or having a zombie tiger.)

Dave Bautista leads a very brave gang of mercenaries on a heist with an unexpected twist. They head into the wasteland that was once Las Vegas, hoping to pull off the biggest gamble ever. THey enter the quarantine zone to rob the untold riches that remain trapped inside the abandoned city. But as it turns out, the dead—who are smarter than most of their pop culture counterparts—now sit atop the kingdom of gold.

This great trailer has us worried about humanity’s chances. As does the film’s fantastic colorful poster. The dead might be the ultimate winners of this zombie heist. Which would make sense; the “house” always wins. 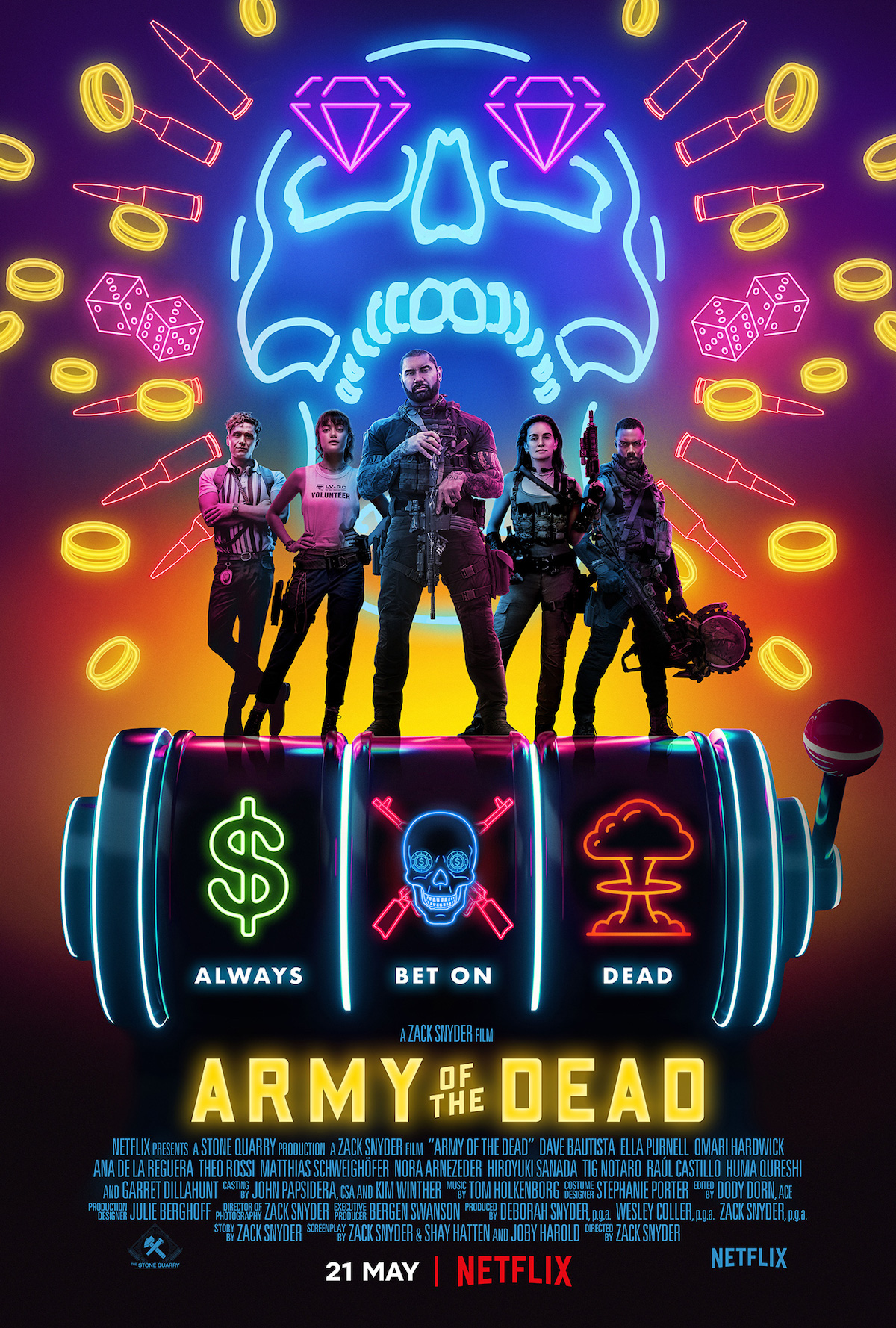 Army of the Dead marks Snyder’s return to the zombie genre, where he’s had success before. In 2004 he directed the underrated Dawn of the Dead, written by James Gunn. If this movie is as good as that one, it could be a jackpot for Snyder and the streaming site. Just maybe not for the mercenaries trying to rob zombies.