ARE YOU THERE, GOD? IT'S ME, MARGARET Movie Adaptation Is Coming - Nerdist

ARE YOU THERE, GOD? IT’S ME, MARGARET Movie Adaptation Is Coming

Almost 50 years after its initial publication,Â Are You There, God? It’s Me, MargaretÂ is in fact making its way to the big screen.Â Novelist Judy Blume has famously withheld the adaptation rights for her seminal account of the pangs of puberty, but has evidently changed her tune in light of a new proposal by writer and director Kelly Fremon Craig. The news, which comes Thursday morning via Deadline, should be equal parts exciting and anxiety-inducing to longtime fans of this particularly precious material.You may know Fremon Craig’s name from her film debut,Â The Edge of Seventeen, itself a wonderful coming-of-age story featuring Hailee Steinfeld in the lead role. Her work on the 2016 dramedy may well have convinced Blume that she has the right stuff to handle the time-honored illustration of the highs and lows of adolescence. 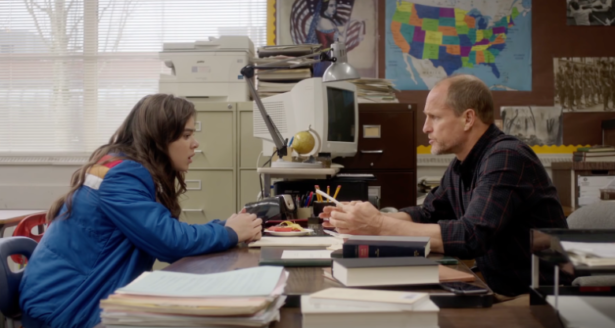 While The Edge of SeventeenÂ channels hardships specific to high school (and furthermore, losing a parent at a young age), the movie still gives us a pretty good idea of how Fremon Craig’sÂ take onÂ Are You There, God? It’s Me, Margaret will look and feel. Fremon Craig nailed the marriage of all-encompassing sorrow and carefree humor that is inherent to many an American childhood, and delivered the materialâ€”even at its most bombastic turnsâ€”with no shortage of sincerity.We can hope and expect for the same in her take on Blume’s 1970 novel, whose adaptation will be produced by James L. Brooks. While it may take a while before some of us areÂ quiteÂ at ease with the idea of anÂ Are You There, God? movie living up to its literary forebear, we at least know the project is in the hands of someone who can make good on the spirit of the story. Plus, Judy Blume signed off on her, and that’s no small victory.

TAGGED: are you there, god? it's me, margaret