The Metropolitan Museum of Art in New York City has just added a new Ancient Egyptian treasure to its collection: a 3,400-year-old painter’s palette carved from a single piece of ivory. And the little strip of untapped inspiration is so well preserved that it still has all its pigments caked into their wells.

Design Taxi reported on the Met’s latest ancient addition, a relic from a civilization in North Africa. That civilization thrived more than a thousand years before the Ancient Roman empire. Archaeologists have pinpointed the palette to around 1401-1353 BCE. They used an inscription of the throne name of pharaoh Amenhotep III, the ninth pharaoh of Ancient Egypt’s eighteenth dynasty. 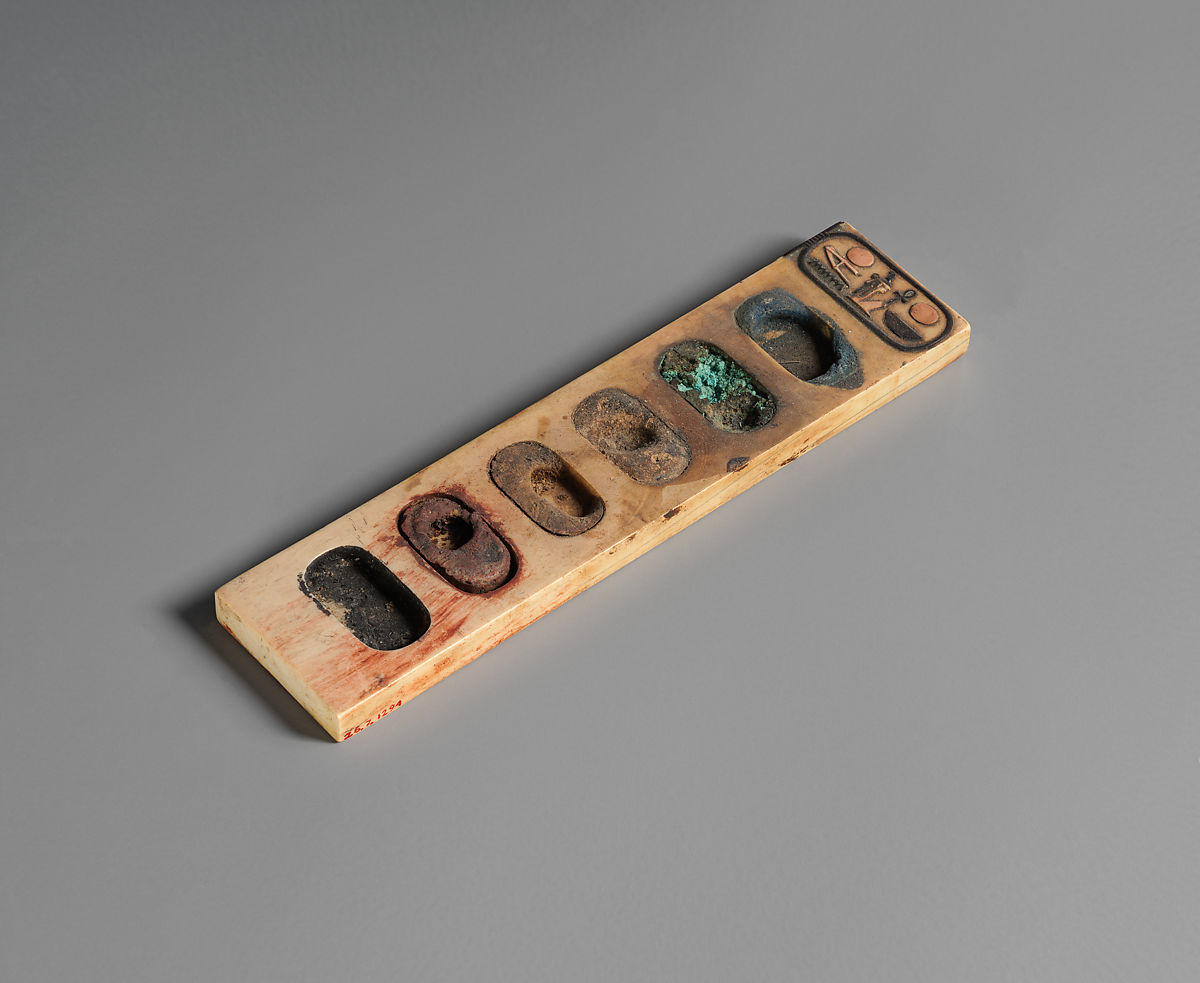 The Metropolitan Museum of Art

The palette has six oval wells that contain blue, green, yellow, red, black, and brownish pigments. And while it’s not clear what the palette’s owner was painting—or whom—their subject would’ve certainly been colorful.

The cartouche of Amenhotep III also contains an inscription of the throne name of Nebmaatre, a relatively obscure ruler from Ancient Egypt’s seventeenth dynasty. A cartouche is an oval with a line at one end, indicating that the enclosed text is a royal name. As well as this epithet: beloved of Re. Re, or Ra or Pra, was the god of the sun and creator god for Ancient Egyptians. 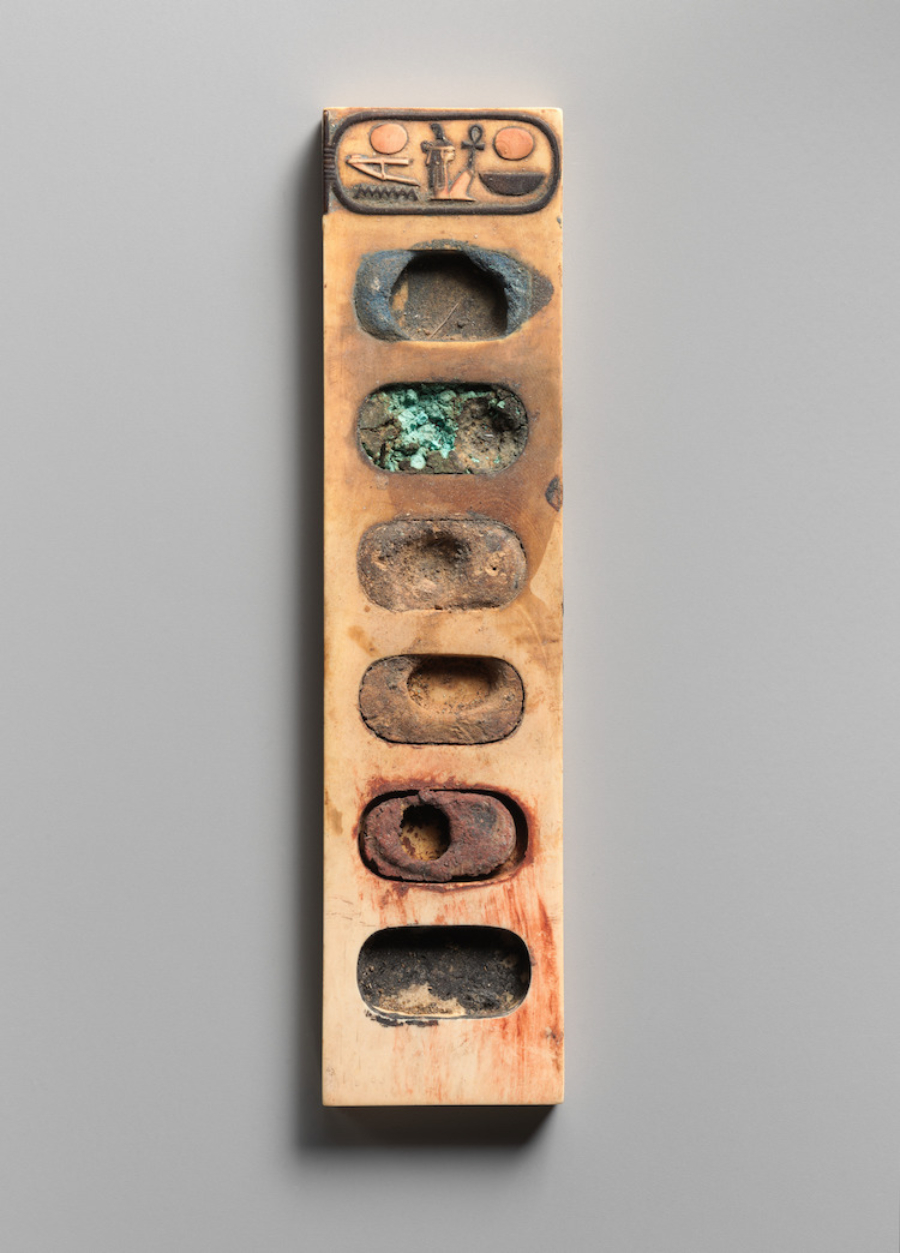 The Metropolitan Museum of Art

The Metropolitan notes that despite its age, the palette still “closely resembles” many of today’s artistic tools. Indeed, the palette looks like it’d be easy enough to manage in one hand while using a brush in the other. It’s also, incidentally, somewhat reminiscent of a Mancala board.

For those who can’t access the Met, but still seek more ancient relics to peruse, mysterious, unearthed objects abound. Although still nothing anywhere near grand enough to PLEASE THE ALMIGHTY PHARAOH BENDER.