Gavin Free, one member of The Slow Mo Guys, has posted a video of the Apple Watch ejecting water in slow motion. And it is hypnotizing. Despite the fact that observing a smart watch spit up water sounds beyond boring, seeing it do so in slow motion—as with almost everything else—turns it into grade A entertainment. Plus, any Apple Watch owners out there who see the video may develop a new appreciation for their pricy wrist gadget.

Free, a.k.a. “Gav,” shot this video solo, like other recent videos, due to quarantine orders that are currently in effect. In this relatively small-scale video, Gav says that he was inspired to capture the Apple Watch ejecting water in slow motion after seeing it perform the little trick in regular life. (Prior to “the end of the world,” that is.)

As Gav notes, the Apple Watch ejects water from its speakers as it comes out of Water Lock mode. Water Lock mode locks the watch’s screen in order to avoid accidental taps, and when it’s turned off, the watch’s extremely tiny speakers can be activated to begin vibrating in order to fling off any water remaining on their surfaces. 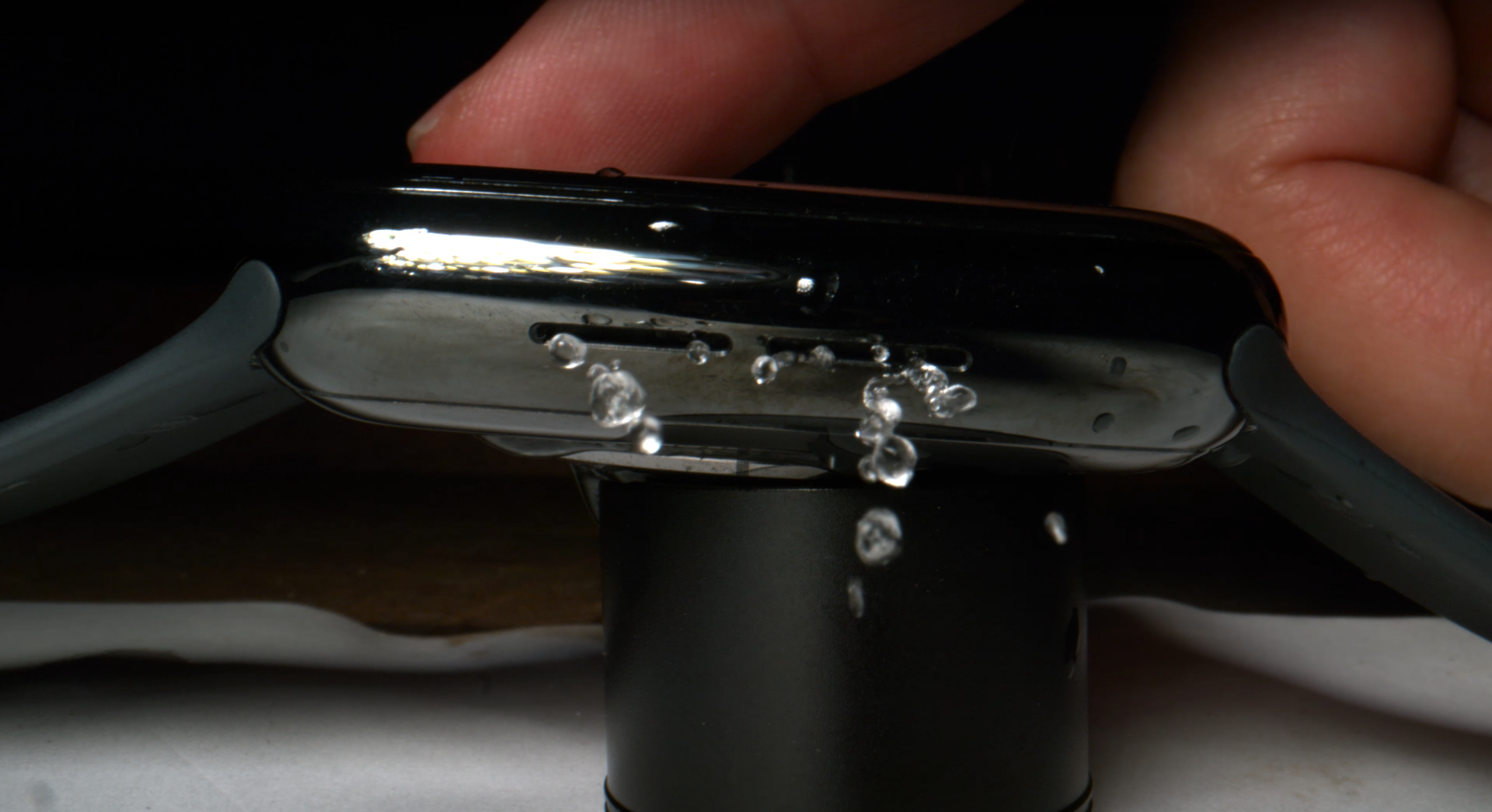 The most fascinating aspect of the way the Apple Watch desiccates itself has to be the manner in which the speakers vibrate. As Gav points out, the Apple Watch speakers don’t simply vibrate to eject water, but do so in a pattern that combats the water’s tendency to pool. The watch apparently does ten cycles of on/off vibrations, allowing it to fully discharge any remaining water.

Aside from the cycling speakers, the best part of this video has to be Gav taking a leap into a very shallow bathtub in order to properly drench his Apple Watch. Not only does he really commit to the leap, but he shows off a—you guessed it—slow-mo version of the jump as well. And it looks like if he had aimed just a few inches in the wrong direction, we would’ve been looking at an Apple Watch smashing in slow-mo rather than one just shaking off some wetness.

What do you think about this slow-mo video of an Apple Watch ejecting water? Does this video make this Apple gadget more appealing, or are you an ol’ fashioned no-gizmos-needed kind of swimmer/bather? Let us know your thoughts in the comments!