Apple TV+ continues to push some extremely solid content with its latest offering. Foundation, a series based on Issac Asimov’s novel series of the same name, is set to hit the streaming platform on September 24. It’s a big deal for fans of the popular, award-winning book series and now they can get even more hype to see it in live-action. A new Foundation trailer shows the incredible epic and stunning feel of this world.

First, a quick primer for those who aren’t familiar with the series. Foundation is a futuristic science fiction saga set in the future. During this time, people vaguely remember Earth itself because humanity is now among the galaxy. The series main character, Hari Seldon, is a historian who uses math and other calculations to predict the future. 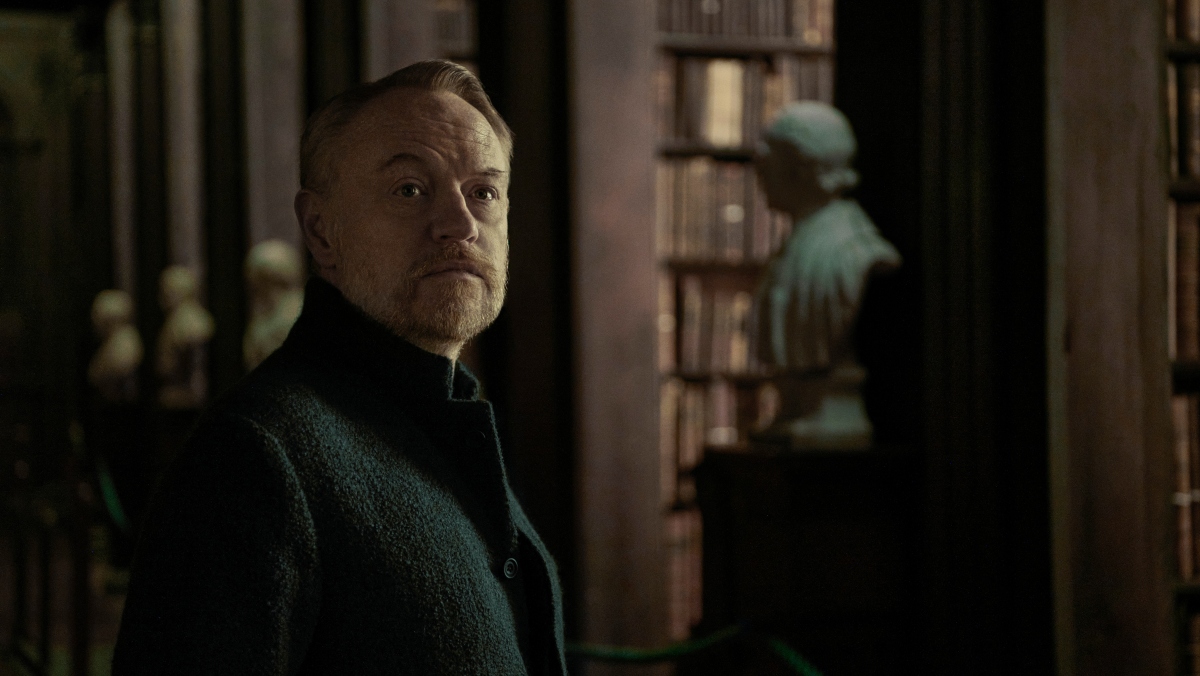 He gathers a group of top scientists and visionaries on an outer plant and tries to preserve the aspects of human knowledge. Why? Because he can see our inevitable demise and cannot do anything to stop it. Seldon calls this place the Foundation and builds to outlast pretty much anything…or so he thinks. There’s something wicked in the shadows that threatens all his arduous work.

The series will essentially follow this same pattern with Dr. Hari Seldon having to face the Cleons, a line of emperor clones, who don’t want to lose their grasp on humanity. In the trailer, we get a look at Jared Harris as Dr. Seldon alongside Lee Pace as Brother Day.

There are several other familiar faces, including Alfred Enoch, whom most people will recognize from the Harry Potter movie series and How to Get Away With Murder. The Cleons are not happy with Dr. Seldon’s thoughts and calculations about the Empire dying, which causes a multi-planet disruption. Dr. Seldon reminds everyone that they cannot save themselves, but they can save their legacy. It certainly looks like a massive journey that people (especially those of us who like space sagas) will absolutely love.