While the catastrophic effects of climate change continue to worsen, exemplified by raging fires in Australia, annihilated coral reefs in the oceans, and melting ice at Earth’s poles, people across the globe are bracing for a drastically different type of environment. But technological solutions are being offered to help affected populations adapt to these changes, and when it comes to dealing with declining air quality, one option is air pollution face masks; like the one below from start-up, Aō Air, which costs a whopping $350 and appears to be maximum cyberpunk.

The Verge reported on Aō Air’s new air pollution face mask, dubbed “Atmōs,” which was unveiled at this year’s Consumer Electronics Show (CES) in Las Vegas. And if it looks like the Apple version of a traditional air pollution face mask, that’s because it seems like that’s exactly what it’s supposed to be. The Atmōs is relatively stylish, purportedly up to 50 times more effective than run-of-the-mill air pollution face masks, and, of course, quite pricey. Mikal Peveto, the head of Aō Air’s US division, even likened it to an iPod in regards to how it will be downsized over time.

In terms of how the Atmōs is able to achieve effectiveness levels up to 50 times greater than regular masks, that comes down to its use of Aō Air’s “unique multistage D’Fend filtration system” and “PositivAir” technology. These terms seem quite fancy, but just refer to the mask’s use of fans, as well as what appears to be a proprietary type of filter. There’s no explainer video demonstrating exactly how the Atmōs feeds clean air to its user, although little tidbits of information are offered from the company’s site, and can be gleaned to some extent from reports from CES. 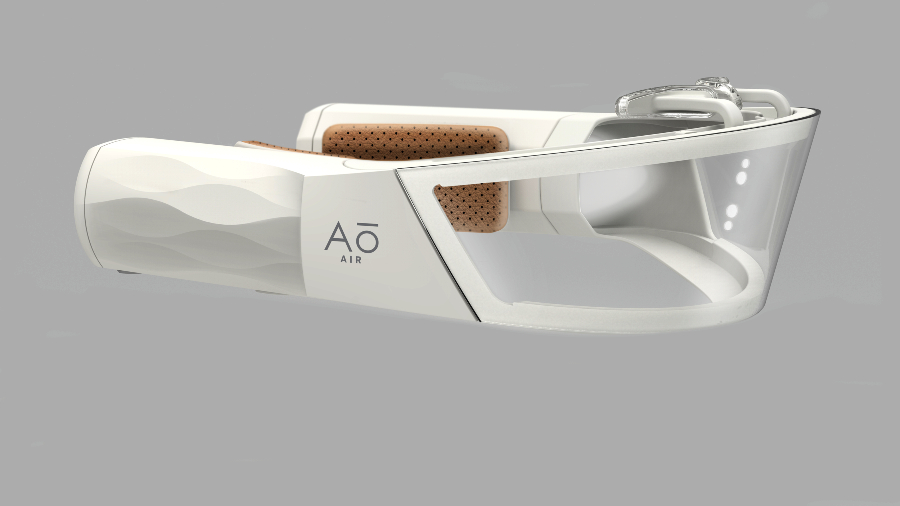 Essentially, the Atmōs seems to work like a normal air pollution mask, meaning it places a filter between a user’s mouth and nose and the surrounding air in order to collect pollutants and particulate matter before they can be inhaled. But the Atmōs also utilizes dual fans to help push out air that’s been exhaled, and of course, has that unique type of filter. Those two features, as well as the sleek design, appear to be the reason for the steep price tag, although there’s also a fashion-statement element that Aō Air is playing up, which may contribute to the $350 cost.

That hefty price may be a bigger problem for prospective buyers than it would be for other consumer electronics like iPhones or personal computers, however. As Mercy Corps points out, climate change disproportionately affects populations in the poorest countries, which means their citizens may not be able to afford this Apple-esque air pollution face mask. It’s also unclear if Aō Air plans on making cheaper models in the future, which may mean that this brand will be permanently off limits for people who suffer the most from poor air quality. But that doesn’t necessarily mean there isn’t a market for the Atmōs; Sydney, for example, is expected to become one of the five wealthiest cities in the world over the next decade, and is currently dealing with terrible air quality.

Happy to chat. Aō Air, CES booth 45954. A better (more human) solution for the 7m who die from air pollution every year from Sydney to Seoul. We have a wider mission to free the world from the tyranny of air pollution through connecting people and tech.

The Atmōs is currently available for pre-order, and Aō Air says units will begin shipping in July of this year. Buyers can also expect to add the Atmōs to their list of smart gadgets, as it comes equipped with a “Bluetooth brain” that “constantly tracks your respiratory activity to adapts [sic] Atmōs’ performance to ensure you’re protected whatever your doing.”

What are your thoughts on Aō Air’s Atmōs air pollution face mask? Do you think the Atmōs is the future of personal air filtration systems, or will it be too expensive to ever catch on in any significant way? Give us your thoughts in the comments!