Who Will Chris Evans Text Back First, Mackie or Stan? - Nerdist

Who Will Chris Evans Text Back First, Mackie or Stan?

Is Bucky Barnes Captain America’s real BFF, or is it Sam Wilson? It’s a question Marvel fans are going to debate forever it seems. But maybe we can find out whether Chris Evans the person prefers the friendship of Anthony Mackie or Sebastian Stan more? In a clip from Comedy Central’s Stir Crazy (via Digg), the titular heroes from The Falcon and the Winter Soldier both texted their former co-star, a.k.a. “America’s ass,”  just to see which of them Evans responds to first. The answer might surprise you. You can watch the full video right here.

Their whole appearance on Stir Crazy is pretty hilarious. Host Josh Horowitz asks them all manner of ridiculous talk show pop quiz style questions. You ever wanted to know which manner of death these two prefer, being sat on by the Hulk or being eating by Rocket Raccoon? Well, now you have your answer.

Also, if you ever wanted to know if they’d rather have a mouth full of bees or one single bee in their butt, that hard-hitting question is also resolved. Speaking of butts, you get to see them guess which MCU actor is which based on their butt shots. In short, you don’t have to worry about any MCU spoilers if you watch this interview. It’s not that kinda show. 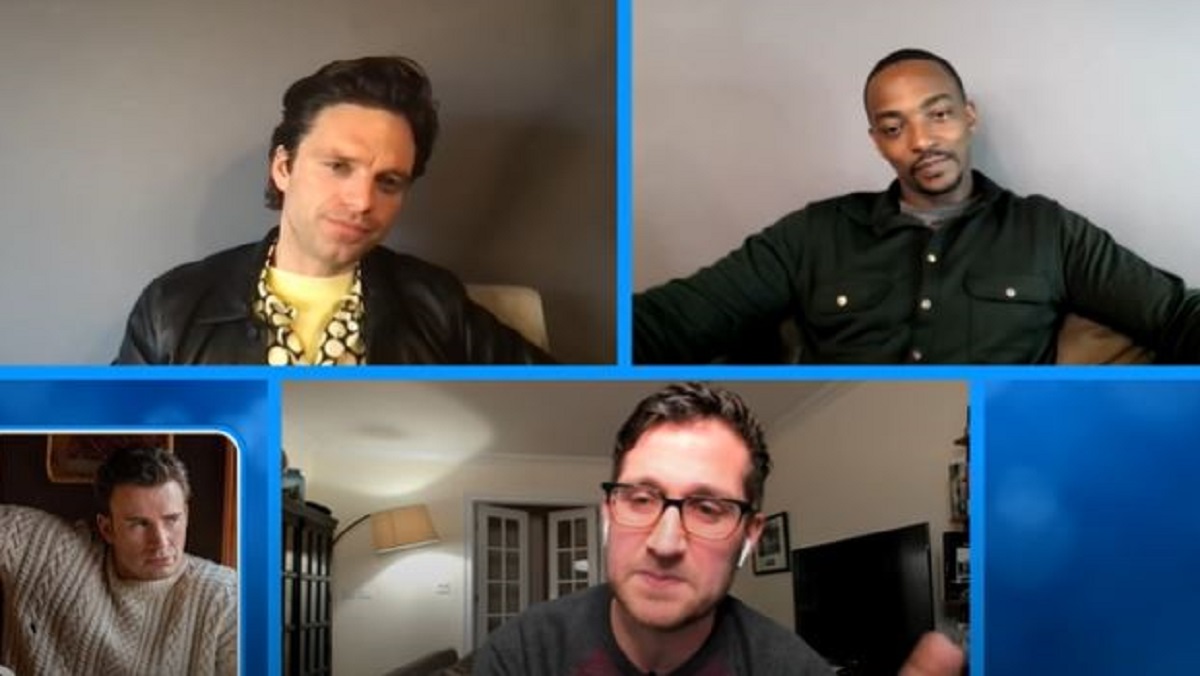 Although we’re only two episodes in, The Falcon and the Winter Soldier has quickly become our new Friday TV obsession. The series has already elevated Bucky and Sam  from “Cap’s wingmen” into the leading men we always knew they were. Ever since those two started bickering in Captain America: Civil War, we knew that’s some onscreen chemistry you just can’t fake. And it clearly rolls over into real life, judging from their talk show appearances together. No matter when or where, we “stan” Stan and Mackie.