It’s only been a week since its first episode, but The Falcon and the Winter Soldier is already the most watched premiere in Disney+ history. We’ve yet to see the post-Blip version of Bucky Barnes in action however. But we already know from all the trailers that we need a Winter Soldier Hot Toys figure in our collections pronto. And now Sideshow Collectibles has released the first images of their newest 1/6 figure, and as you can see, it’s truly a thing of beauty. 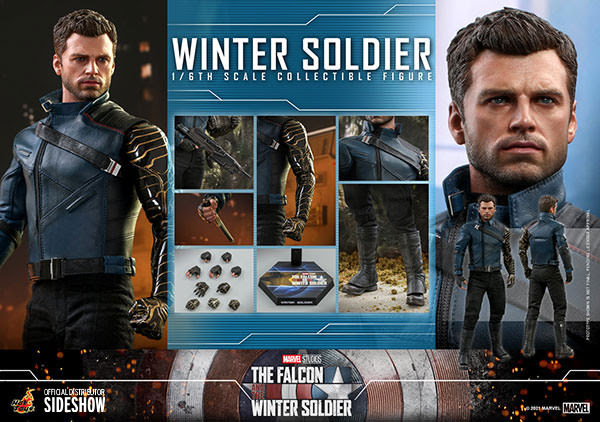 Winter Soldier’s 1’6  figure is hand painted. It features an ultra-detailed likeness of Sebastian Stan as the former World War II hero/Hydra assassin. The figure comes with a 1/6 scale body with 30 points of articulation, and an expertly crafted and tailored costume including a tactical suit, forearm armor, pants, and spats. 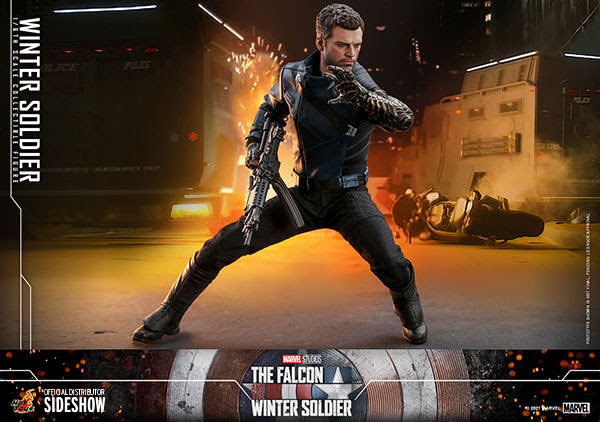 Hot Toys
He also comes with one pair of 1/6 scale boots. His signature robotic left arm is of course a feature, with mechanic details and specially-applied metallic paint. Bucky comes with ten interchangeable hands for multiple posing and display options, one machine gun, and one dagger. As with most other Hot Toys collectible figures, Bucky comes with a character nameplate. 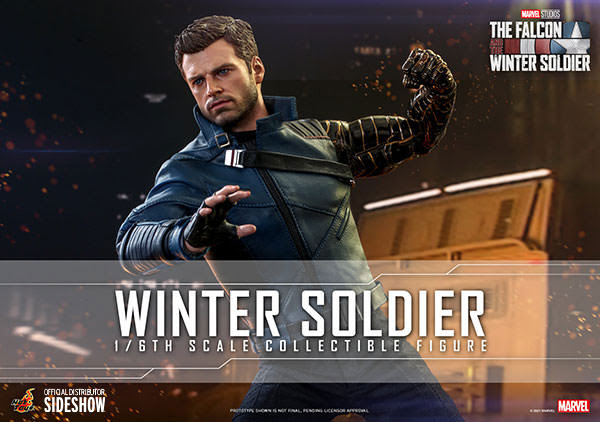 Hot Toys
So far, the Falcon collectible figure has yet to be announced from Hot Toys. But we expect a proper Sam Wilson figure to join his best frenemy Bucky Barnes soon. And looking exactly like actor Anthony Mackie. Because you simply can’t beat Hot Toys for character likeness and detail. In the meantime, Hot Toys recently announced a few other spectacular figures in their MCU line, with WandaVision’s Scarlet Witch and Vision 1/6 figures. Both of which are equally spectacular. 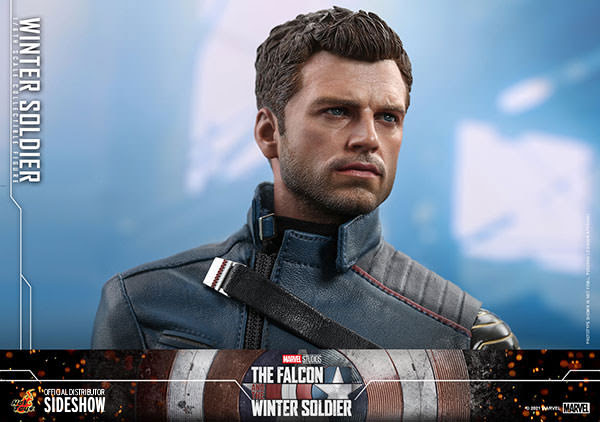 Hot Toys
Pre-orders for The Winter Soldier Hot Toys collectible figure are already up, for a price of $250. Shipping is expected in July to September of 2022. To see even more images, be sure to click on this link.
Featured Image: Hot Toys
Top Stories
Television