ANTEMATTER Brings a New Sci-fi Universe to the Tabletop - Nerdist

ANTEMATTER Brings a New Sci-fi Universe to the Tabletop

There’s a brand-new universe just waiting to be explored in Bardshark’s upcoming tabletop game, Antematter. The turn-based strategy game, described as an art deco mashup of elements from Settlers of Catan and Texas Hold ‘Em, is now on Kickstarter. Gather your loyal crew, deploy your ships, and get ready to take off in a multimedia sci-fi adventure ten years in the making. 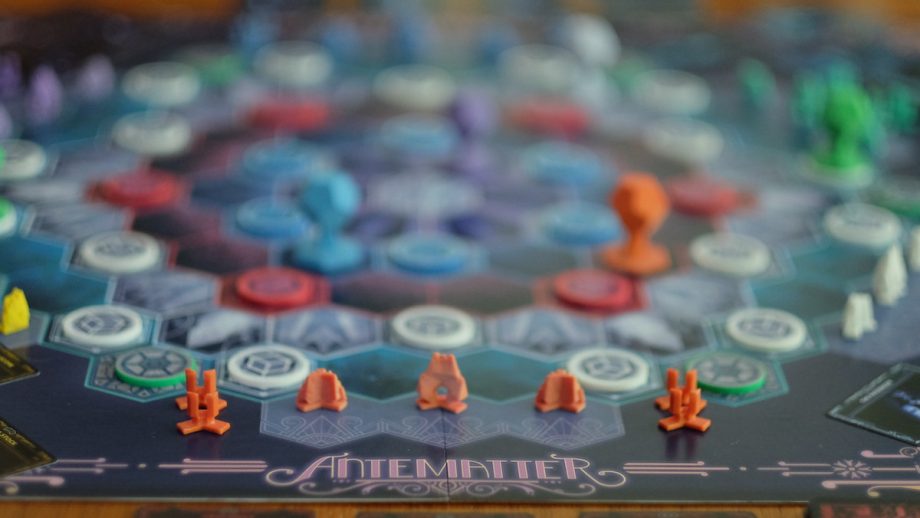 Three to six players, ages 13+, take command of a crew. Each one seeks to control their criminal corner of the Conflux, a star system of six planets. “They’re all after something different,” says the game description, “from the Malleon Privateers who are only interested in coin, to the Catallax Missionaries who seek the Booth’s connections to fast-track their research.”

Antematter begins with players choosing their unique crew. Each one brings their own characters, abilities, strengths, and gameplay style to the game, so choose wisely! Next, players chart a course around the board to gain loot, salvage, and cargo. Then it’s on to Texas Hold ‘Em style gameplay to add to their loot haul. 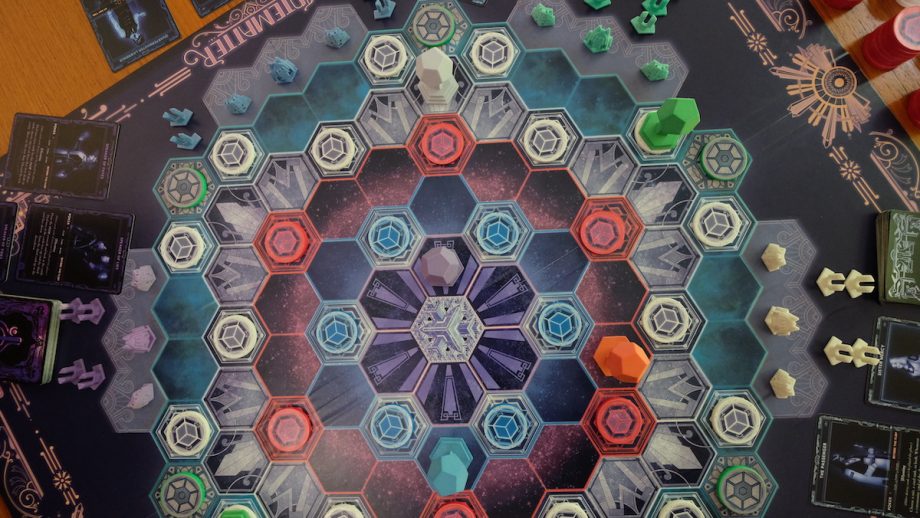 Along with the tabletop game, Bardshark plans to create comic books and an action RPG co-op video game set in the same universe. The stories are part of the “The Engine Star Universe,” and each one promises adventures that stands out in the sci-fi crowd. Backers of Antematter will be the first to get their hands on a one-shot comic book to get a feel for the art nouveau “deco punk” universe.

Take a look at the official Antematter website for more details about the crews under your command, an early look at how to play, and so much more. Add your support to the crowdfunding campaign now so you don’t miss your chance to take to the stars in style.