After the heartbreak of  Avengers: Infinity War, Marvel Studios brought levity back to the Marvel Cinematic Universe with last week’s  Ant-Man and the Wasp. But, the movie did much more than give audiences a chance to laugh again: it also gave us a glimpse of the MCU’s future with  Ant-Man‘s daughter, Cassie Lang. [mpx_video type=”editorial” guid=”816b64bafe1d506c6d75f9ca0c8235d2b8cebec9″] Cassie, played in the MCU by Abby Ryder Fortson, has been a pivotal force in Scott Lang’s life as Ant-Man since he was first introduced in 1979. In his comics origin, Scott stole the Ant-Man suit from Hank Pym in order to rescue the only doctor who was able to cure Cassie’s congenital heart defect. While the Ant-Man movies dropped Cassie’s heart defect, she has remained a major part of Scott’s life and story. 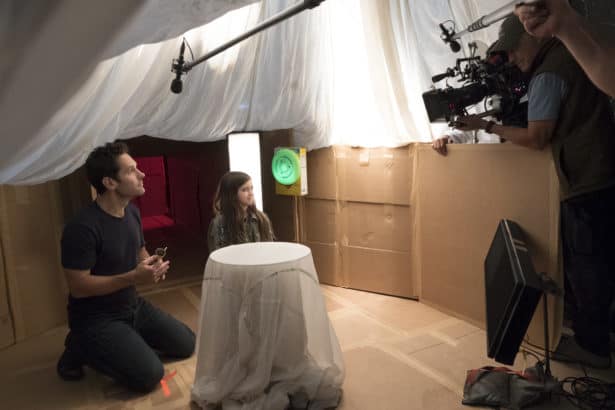 For anyone wondering why Ant-Man was missing from Avengers: Infinity War, the answer became quickly obvious in Ant-Man and the Wasp: as an ex-con who had broken his parole to join the losing side in  Captain America: Civil War, Scott was under house arrest for the past two years. While the rest of Cap’s team went on the run, that wasn’t really an option for Scott, at least not if he wanted to maintain his relationship with Cassie. It was the right choice. While Cassie had some good moments in the original Ant-Man, Abby Ryder Fortson really had a chance to shine in Ant-Man and the Wasp. From the first extended sequence—where Scott and Cassie play in a simulated ant tunnel that boasts the slide of every kid’s dreams—to the end, Fortson brings Cassie to life and makes her a compelling character in her own right. Cassie’s greatest moment, though, is when she tells her father that he needs a partner. While Scott assumes she’s talking about Hope, Cassie makes clear she means herself: she wants to help people and to make sure her dad doesn’t get into too much trouble. She reluctantly agrees that if she’s still a tad too young, Hope’s Wasp will do for the time-being. Cassie makes clear, though, that she has heroic aspirations—heroic goals that are totally in line with her comics predecessor. And living up to those dreams just happens to be a great way to introduce the Young Avengers to the MCU. 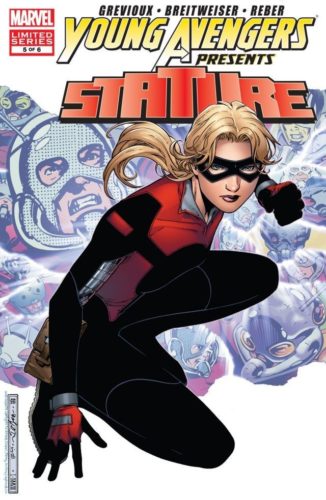 The Young Avengers were first introduced in the 2005 series by Allan Heinberg and Jim Cheung, in which a group of teen superheroes unite to defend the world after the disastrous breakup of the main team (and the death of Scott Lang) in Avengers: Disassembled. Cassie was one of the founding members of the team, taking on the code name Stature. After years of secretly stealing (and ingesting) Pym particles from her dad, Cassie gained the power to shrink to the size of an ant or grow up to about 40 feet tall.  With her experience living part time with her dad in Avengers Mansion, Cassie gave the team an air of legitimacy when the legacy Avengers eventually reformed. Since Cassie is now a familiar face—she’s already appeared in two MCU films and likely has more in her future—she’s an ideal narrator to introduce the Young Avengers. We know who she is and what motivates her to be a hero. After (at least) two Ant-Man films and some scattered appearances, we definitely understand how her powers work. And, if something were to happen to her dad or the other Avengers, we understand she wouldn’t hesitate to do what needed to be done—including using her connections through Hank Pym, the van Dynes, and the Avengers to put together a team of her own—to fix things. 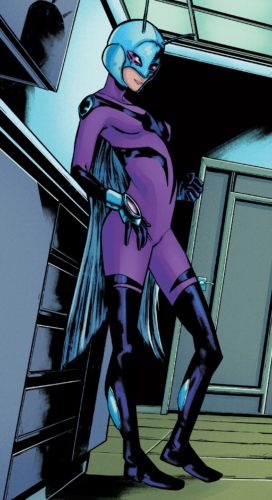 We might not have to wait that long, though. There have been reports that an older version of Cassie will be making an appearance in the as-yet untitled Avengers 4, to be played by the 16-year-old Emma Fuhrmann. (Fortson, who has played Cassie in both of her appearances thus far, is 10.) The age discrepancy has lead to some speculation that Fuhrmann is playing either a Cassie from the future or from an alternate universe. Interestingly, before Young Avengers, Cassie was perhaps best known not as Ant-Man’s daughter, but as the Avenger Stinger from Marvel’s MC2 imprint, which was set in an alternative future. Recently, the main Marvel Universe’s Cassie has recently taken up the Stinger persona and costume, though, making it a more likely persona for an eventual Young Avengers movie. (The Stinger costume is also more in line with her Ant-Man heritage, and having Cassie steal a prototype Ant-Man or Wasp costume probably makes more sense in the context of the MCU than stealing and eating Pym particles.) Regardless of whether Cassie appears as Stature or as Stinger or she’s played by Fortson or Fuhrmann, though, she remains a strong entryway to a Young Avengers film. And that’s likely why Marvel has spent so much time making her an incredible character in Ant-Man and Ant-Man and the Wasp.

What’s your favorite take on Cassie Lang? Let us know in the comments!