In August of last year, fires attributed to Brazilian agribusiness torched massive portions of the Amazon rainforest. The fires were emblematic of the rising destruction of the critical ecoregion and now, a team of scientists says much of that destruction may soon be irreversible. In fact, the scientists say their models show that up to 40% of the Amazon rainforest may cross a “tipping point” and become savanna later this century. 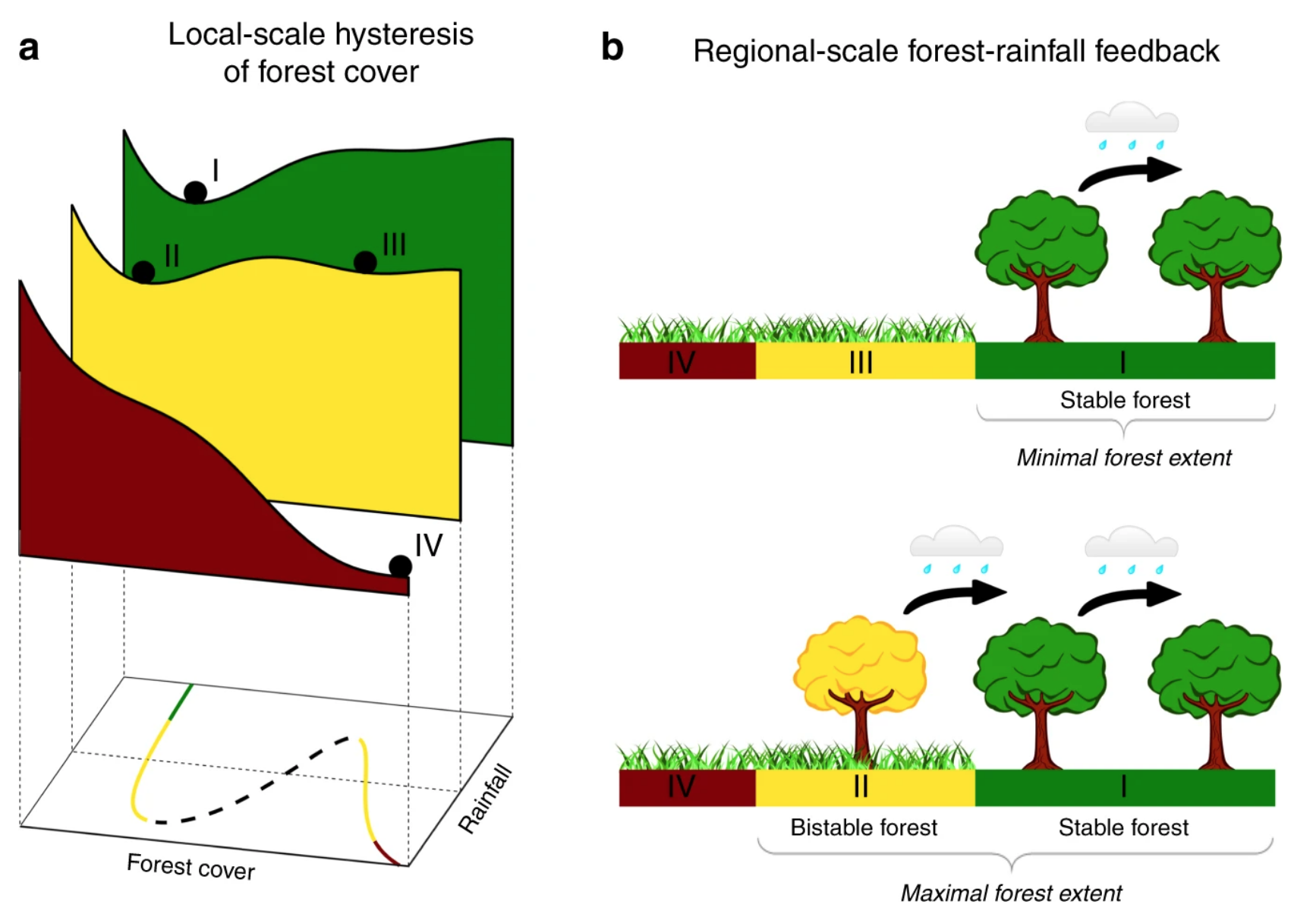 The team of scientists, led by environmental scientist, Arie Staal, recently published their findings in the journal, Nature Communications. Staal et al. came to their conclusions based on running simulations in which tropics across Africa, the Americas, Asia, and Australia began with no forests, and then developed them over time. They also ran simulations in which rainforests entirely covered the tropical regions of Earth, and then diminished over time.

"Hysteresis of tropical forests in the 21st century"

By modeling these two scenarios, the scientists aimed to develop a sense of the Amazon rainforest’s resilience. That is, the capacity of the ecosystem to bounce back from a serious perturbation, and maintain its essential characteristics.

“As forests grow and spread across a region, this affects rainfall,” Stall, formerly at the Stockholm Resilience Centre at Stockholm University, said in a recent report from The Guardian. “Forests create their own rain because leaves give off water vapour and this falls as rain further downwind,” the scientist added. 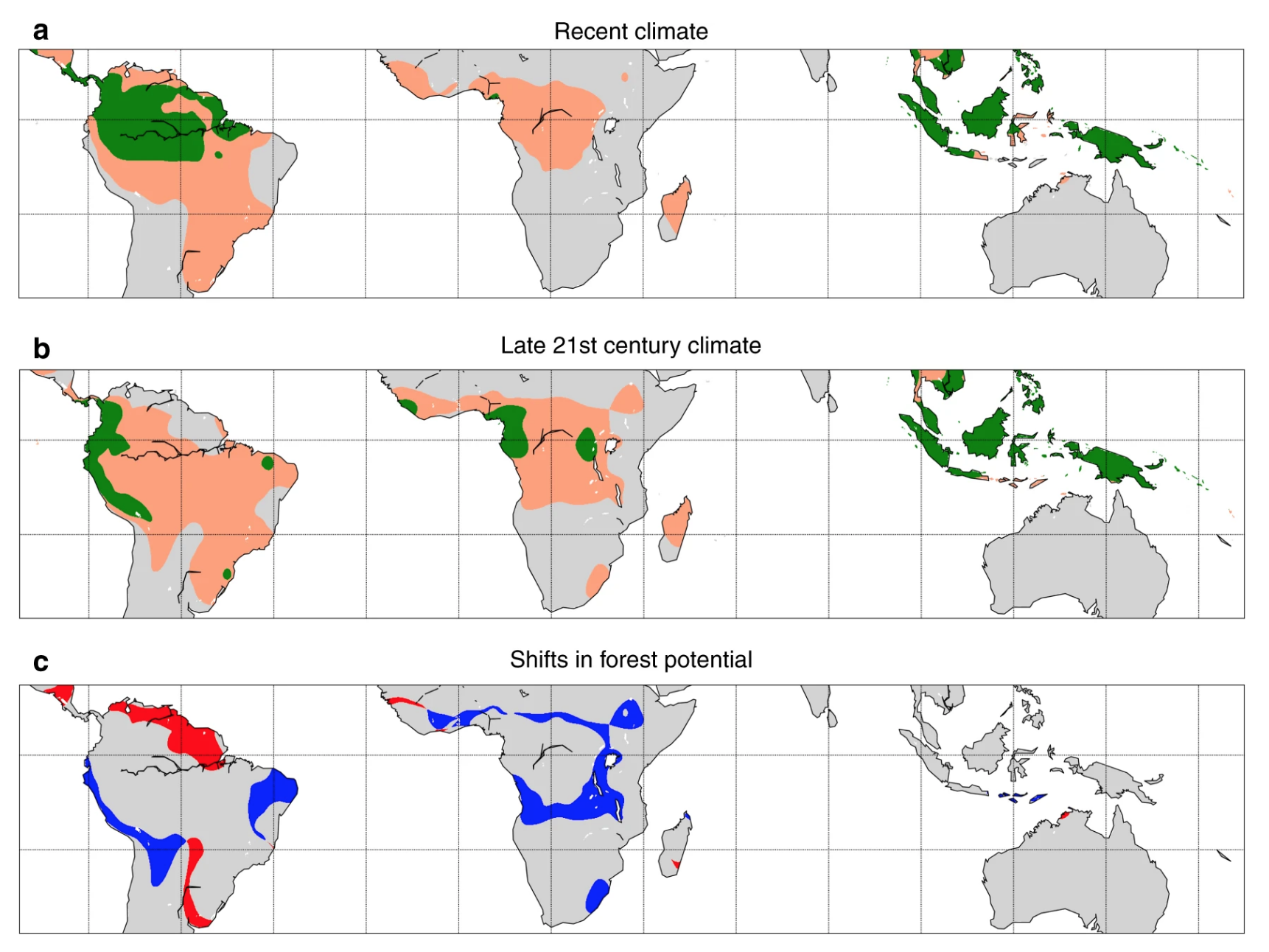 Once the team approximated the Amazon’s resilience, it was able to determine that, as climate conditions stand, the rainforest could—likely—partially recover from complete deforestation. Although the team says that later this century, it may lose that ability. 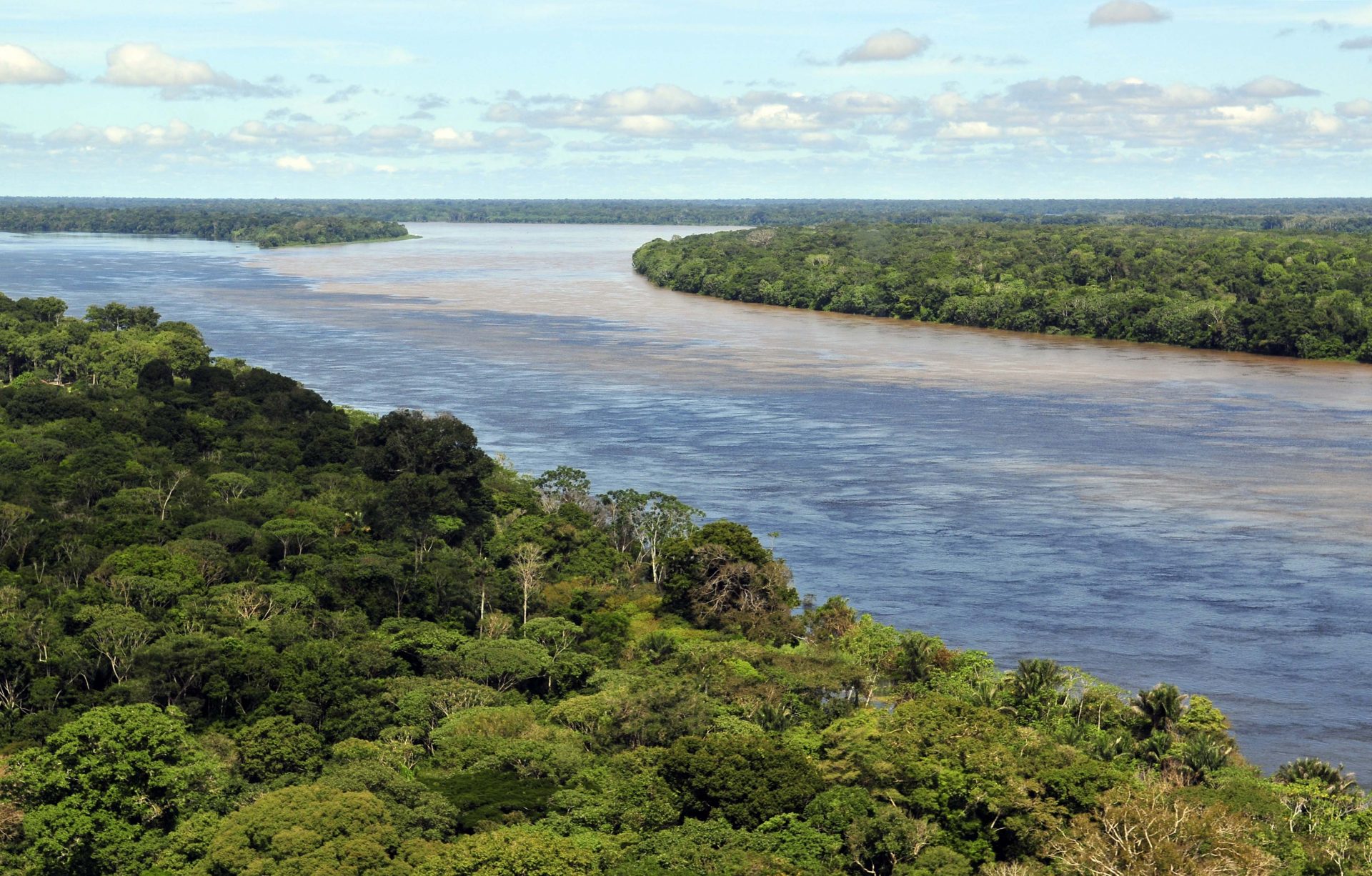 “In around 40 percent of the Amazon, the rainfall is now at a level where the forest could exist in either state – rainforest or savanna,” Staal added in a Stockholm University press release. Turning those regions back into forest should they shift “will take many decades” co-author Ingo Fetzer added.

“If we removed all the trees in the Amazon in a high-emissions scenario a much smaller area would grow back than would be the case in the current climate,” co-author Lan Wang-Erlandsson added. In the highest-emission scenario, the scientists say the smallest sustainable area of Amazon rainforest contracts by 66%.