Netflix used their Friday night slot at New York Comic Con to showcase some of their spookier programming. The panel, dubbed Netflix and Chills, featured four new Netflix properties: this monthâ€™s TheÂ Haunting of Hill HouseÂ andÂ Chilling Adventures of Sabrina, plus the off-in-the-distanceÂ Umbrella AcademyÂ andÂ The Dark Crystal: Age of Resistance. We already know plenty aboutÂ SabrinaÂ (though panel attendees also got lucky enough to watch the premiere, which is awesome), but much more was revealed aboutÂ Hill House andÂ Umbrella Academy, and the creative minds behindÂ Age of Resistance offered the first-ever look at the world of the show.Here’s a rundown of some of what we saw, and what we have to expect from Netflix’s most bone-chilling fare in the future. 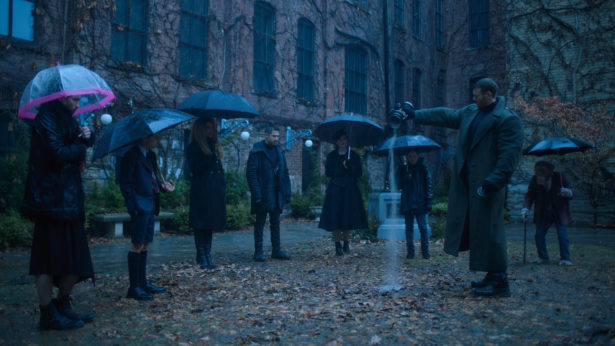 THE UMBRELLA ACADEMY WILL BE OUT IN FEBRUARY (AND WORTH THE WAIT)The adaptation of Gerard Wayâ€™s superheroes-with-a-twist comic premieres February 12 of next year, and the actors portraying the Hargreeves, The Boy, Cha-Cha, and Hazel all share a great deal of enthusiasm about the series. Aidan Gallaghar (The Boy) is a self-admitted super fan, and Mary J. Blige (Cha-Cha) has been wanting to play evil for years, so we have that nightmare come true to look forward to. 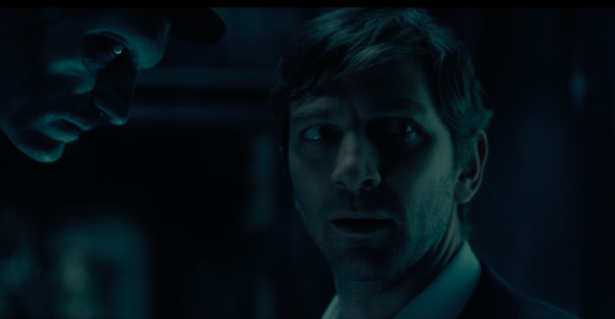 THE HAUNTING OF HILL HOUSEÂ IS HYPER-FOCUSED ON … SOMETHINGHill HouseÂ follows a trend weâ€™ve seen among TV and movies a lot lately: secrecy about the content of the project. Though the panel did feature two genuinely terrifying clips of the series, there was little the cast could say about why those things were happening, or when, or how they affected the overall arc of the series. But hey, given the horrific nature ofÂ Hill House, even knowing what’s coming doesn’t protect the viewer from reacting strongly to jump scares.â€œI screamed,â€ admitted Oliver Jackson-Cohen, who plays Luke, when describing his experience of watching the series after filming wrapped. Jackson-Cohen did say that in episode six (of nine), there’s a bit of a turning point that shapes what happens in the three successive episodes. But he couldnâ€™t say what it was, and maybe itâ€™s better that way.THE DARK CRYSTALÂ WILL TELL US MORE ABOUT THE GELFLING WORLDThere is no set release date yet forÂ Age of Resistance, which will serve as a prequel to the 1982 fantasy. But thanks to director Louis Leterrier and executive producer Lisa Henson, we know some key details about the series we didn’t know before. The ten episodes, which were filmed over the course of a year, will stick to the production style set forth inÂ The Dark Crystal. â€œI love CGI,â€ said Leterrier. â€œBut weâ€™re not using CGI in this one. Itâ€™s puppets, man. Puppets!â€ According to Henson, the newest technology is â€œactually very old technology: greenscreen,â€ which was used to remove the puppeteers from shots, creating a more realistic look for the Gelfling society the show is about.In the broadest of strokes, Henson described the overall arc of the show: an exploration of the Gelfling culture that crumbled by the timeÂ The Dark CrystalÂ began. BothÂ Avatar: The Last Airbender andÂ Game of Thronesâ€”chiefly their expansive, developed worldsâ€”served as inspiration for the series, which Iâ€™m suddenly much more interested in than I was before. (Also, we were offered the briefest of glimpses of the Skeksis, which are eerier than ever.)WE HAVEN’T SEEN THE LAST OF NETFLIXâ€™S CREEPY VENTURESAlready this month, Netflix released a childrenâ€™s horror anthology calledÂ Creeped OutÂ and the horror movieÂ Malevolent;Â ApostleÂ (another horror film, this one a period piece) andÂ HauntedÂ (a reality show about real-life paranormal experiences) are still to come. Given the combination of early buzz and fan excitement, it seems likely thatÂ Hill HouseÂ andÂ SabrinaÂ will get picked up for additional seasons, and one can only hope that Netflix will continue collaborating with the Henson company. Itâ€™s a great time to be a horror fan with access to streaming services, and as of now, thereâ€™s no end in sight.