With all his web-slinging, crime-fighting, and studying, we aren’t surprised that Peter Parker isn’t too concerned with his fashion choices. In honor of Spider-Man: Far From Home opening, we’ve ranked all of Peter’s nerdiest tees from most acceptable to absolute corniest. 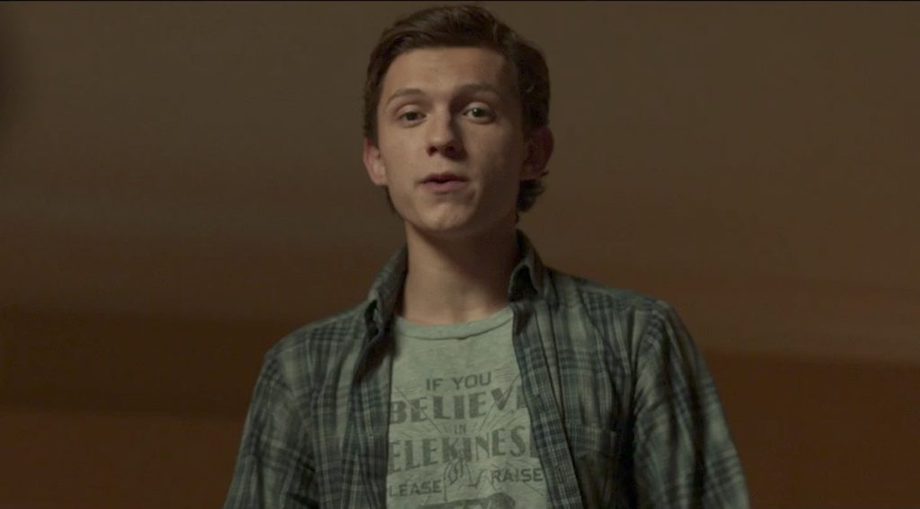 First up, the “If You Believe in Telekinesis, Please Raise My Hand” shirt. Even though this shirt is a little cheesy, what it’s got going for it is its witty charms. There’s no science pun here, just a joke on telepathic abilities. This feels even more appropriate for Peter to wear, since superheroes like Wanda can *literally* do this. So, we gotta give Peter credit for a shirt that makes us smirk and makes sense within the MCU. 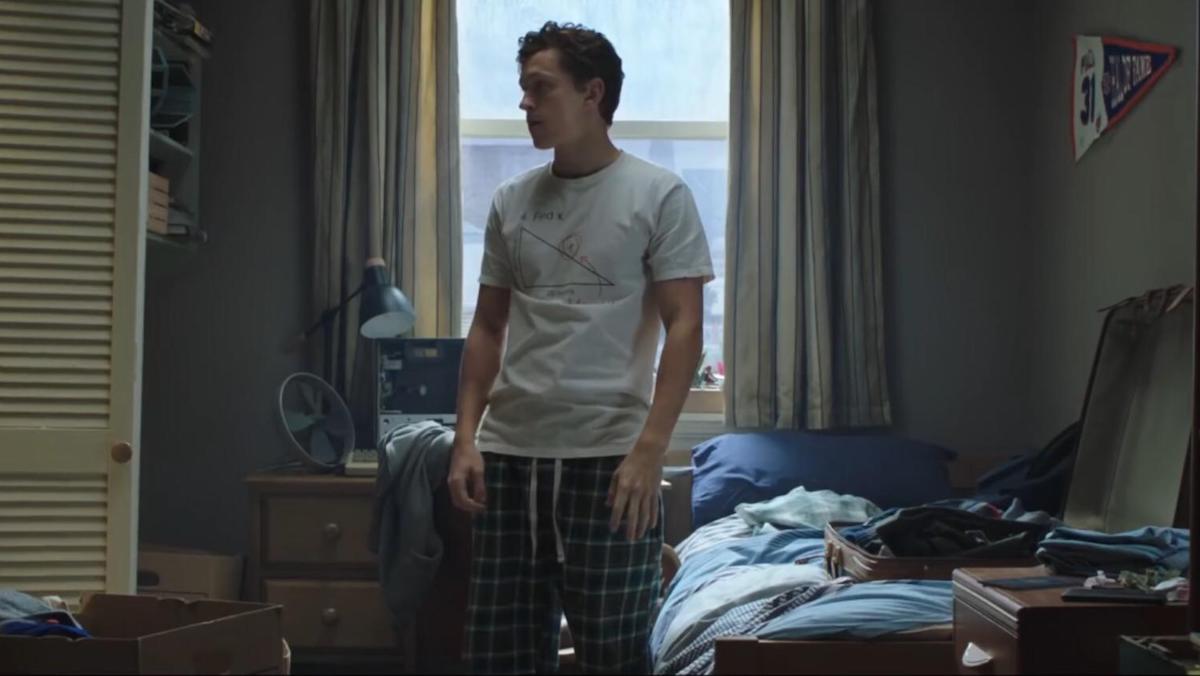 Next up, the “Find X” shirt. This is our first foray into a nerd pun, but it ranks higher than usual because it’s relatable. I mean, who else has become so frustrated in math class that they wished it was this easy? This shirt exudes a chaotic energy I can get behind. I mean, we’ve all been there, in the middle of SATs, wanting to just circle that dang X. Even though Peter could solve this on the fly, we appreciate that he understands this frustrating situation. Thanks, Parker. 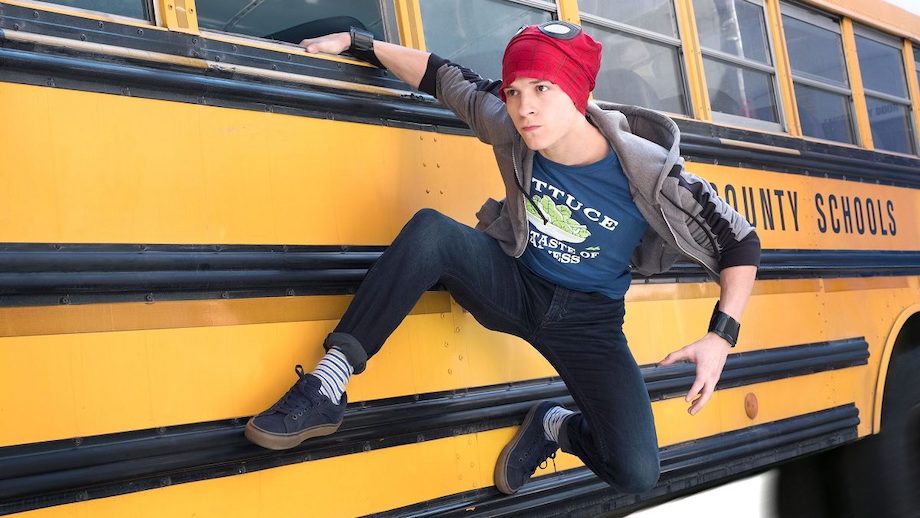 Similar to “Find X,” our third pick is “Lettuce: The Taste of Sadness” from Avengers: Infinity War. Even though there are tons of delicious salads out there, we’ve also had plenty of moments where we had to force ourselves to eat our leafy greens. We know it’s good for us, but why does it have to taste like that? We agree with you Peter.

This Pizza is a Work of Art

Coming in fourth, the Da Vinci Pizza shirt. Things are starting to get corny, guys. This shirt comes out at third thanks to pizza (duh). If we were to share a pizza, this is a handy guide to slicing it equally amongst friends, right? The other major reason that this shirt ranks higher than others is because Peter met Tony Stark in it. This shirt carries residual coolness because of its close proximity to Tony. Let’s just hope Peter doesn’t pack it for his trip to Italy. It will only make him look even more like a tourist on the trip. 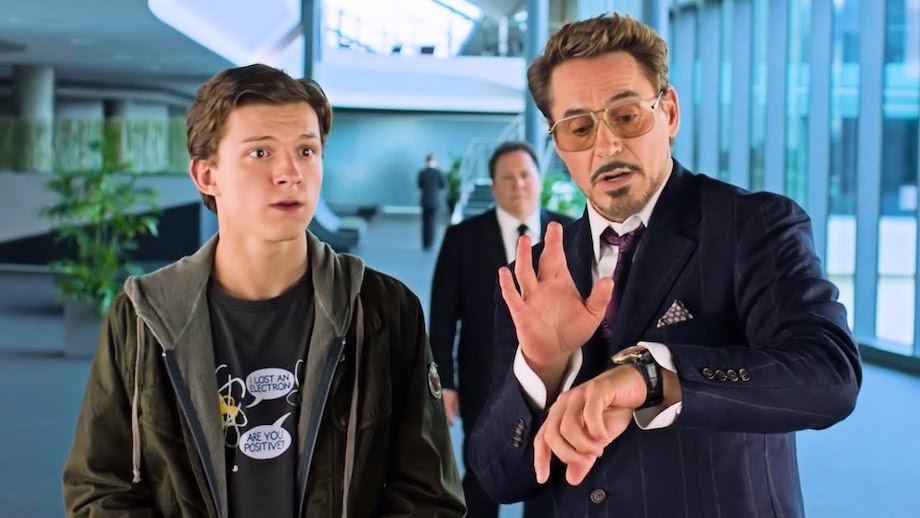 Oof, the “I Lost an Electron / Are You Positive?” tee. Peter, not only is this a really cheesy science pun, but it makes me think of high school physics. Not cool Peter, not cool.

Perhaps even more cheesy that the above  is “The Physics is Theoretical But the Fun is Real” shirt he wears. While this shirt doesn’t have a bad pun, it does declare one’s love for physics, loud and proud. I can theoretically see how studying Physics can be fun. I’d probably even venture to say that some people (myself included) are intrigued by certain studies within physics. Still, this kind of shirt just brings back flashbacks to grueling power and circuit board problems in physics class. Physics isn’t always easy or fun for us, Peter!

Ah, the final one. This one takes it by a landslide. Behold, the “I Survived My Trip to NYC” tee. Already the shirt is awful because it’s a tourist shirt, and no NY Native should be caught  wearing it. This shirt also sucks because Peter wears it after being chewed out by Stark about the ferry ambush. Talk about rock bottom. This tee reeks of bad vibes all around, so it’s no surprise it comes out as the worst of this list.

Do you agree with our rankings? We’re hoping Peter’s graphic tees game gets better in Far From Home.