Although “the future” feels a lot more like an IRL version of Westworld than The Jetsons so far, glimpses of a sci-fi society in equipoise are there for anyone looking. (Especially if they’re looking up toward the night sky.) Now, the Swedish company, Jetson, is offering one such glimpse in the form of a personal, all-electric aircraft that people can actually buy right now. For $92,000.

Jetson, a company that’s on “a mission to change the way we travel,” recently posted the above teaser of its personal, all-electric aircraft. The aircraft, which the company has dubbed Jetson ONE, looks like a legitimate retail product, unlike so many other flying personal aircraft we’ve seen before. Some of which, let’s be honest, look downright ridiculous.

In the teaser video Jetson shows off the Jetson ONE’s impressive capabilities. The aircraft only weighs 190 pounds, which seems ridiculously light, and can travel up to 63 mph. The VTOL—or vertical take-off and landing—vehicle can also take a pilot up to 210 pounds in weight. And fly for approximately 20 minutes on a full battery charge. More than enough time to fly from one’s beachside cabana to their offshore yacht landing pad, we reckon. 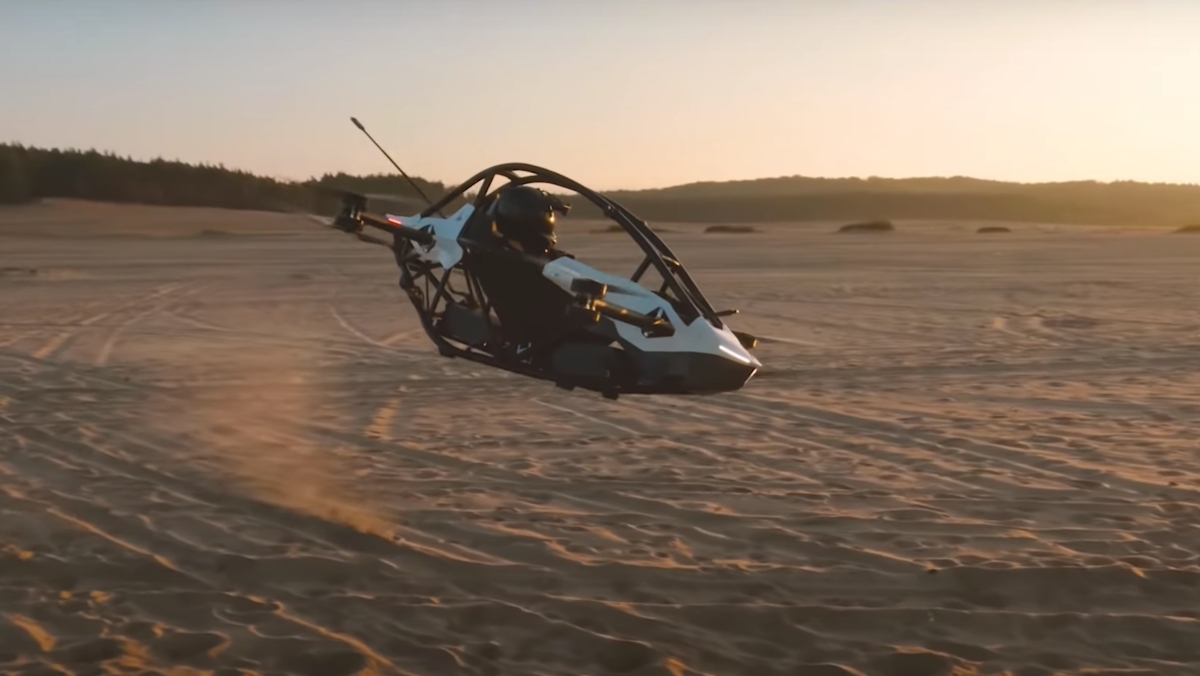 Along with its sleek design, the Jetson ONE—which may or may not be inspired by The Jetsons—also boasts some cutting-edge tech. The machine, for example, has a triple redundant flight computer and can fly with the loss of a rotor. The Jetson ONE also has lidar sensors to track terrain and objects in order to avoid crashes. Plus a “ballistic parachute” with a rapid deployment time. Although that deployment time better be really rapid considering the Jetson ONE doesn’t seem to fly that high off the ground.

For those with nearly $100K burning a hole in their pocket, you can order a Jetson ONE here. Take heed, however: You’ll need to partially assemble your Jetson ONE on your own. Which, as far as we’re concerned, sounds even scarier than actually flying the thing.