It seems everyone is into Animal Crossing: New Horizons these days. U.S. Representative for New York’s 14th congressional district Alexandria Ocasio-Cortez has caught the Animal Crossing bug. Look, we all need to relax however we can right now. She recently tweeted that while she wants to visit random followers’ islands to leave notes on their bulletin boards. Adorable. And it certainly seems like she’s interested in guesting on Gary Whitta’s Animal Crossing talk show, Animal Talking.

Hi there! Very new to this.

I would like to visit random people’s islands and leave a doodle or note on their bulletin board.

Should I open my DMs for the first time since the Zuckerberg hearing for the Dodo codes?? https://t.co/pQlm0ES1cM

Soon after she tweeted, a huge wave of replies flooded into her notifcations. Whitta, writer of Rogue One: A Star Wars Story, recently teamed up with Adam Nickerson, video and game developer, to create Animal Talking. It’s a late night talk show all in the world of Animal Crossing. So far he’s had guests such as Colin Trevorrow, Penny Arcade, and more. Whitta replied to Ocasio-Cortez mentioning his show, and folks, it’s looking promising.

You should come be a guest on my talk show that takes place entirely inside the game! https://t.co/qwKngra5tp

The interaction didn’t stop there! Ocasio-Cortez expressed interest in the “funny and bizarre” idea. It ended with the U.S. representative telling Whitta that her communications director would be in touch.

My communications director will be reaching out

We love this journey.

Animal Talking has already been deemed successful among Animal Crossing players. Whitta set up a virtual late night talk show complete with a couch for his guests and a virtual drum in place of a sidekick. It’s perfect. And it’s no small feat to find all the right furniture for a set like this either. Whitta recently told Entertainment Weekly that, “I had this idea less than 24 hours ago and we very, very quickly assembled a fully functional, armed, and operational late-night talk show set down here in the basement of my [Animal Crossing] house.” 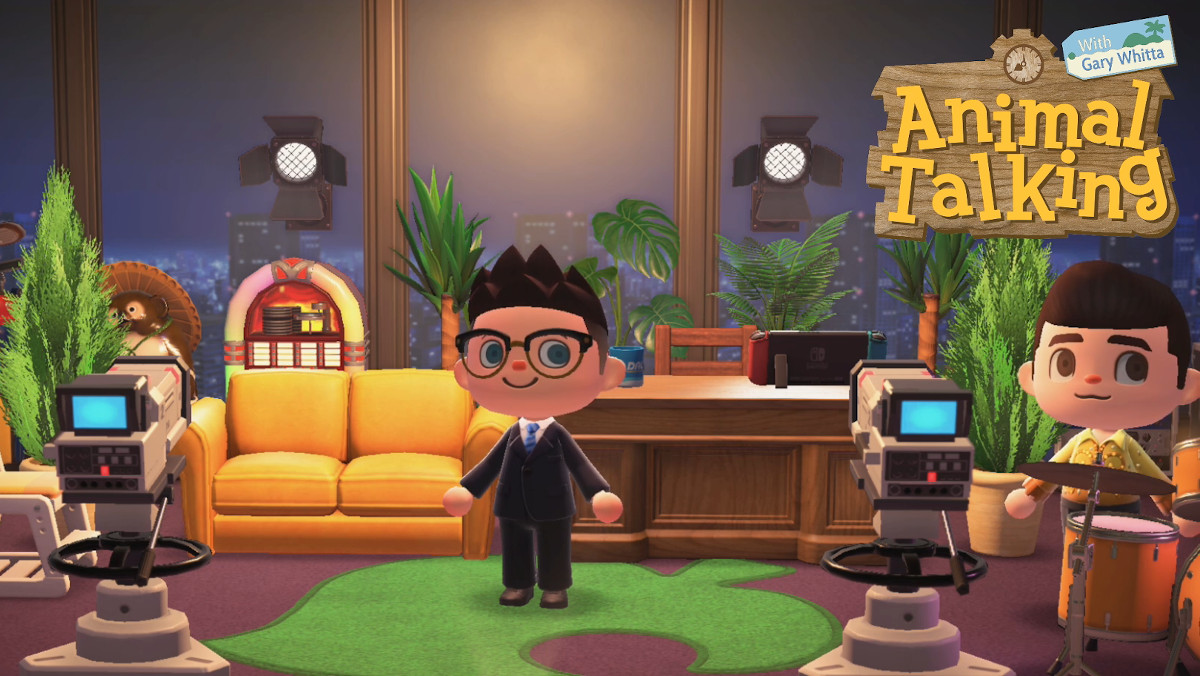 We’re excited to see if Ocasio-Cortez will take Whitta up on his offer. We also hope Elijah Wood will stop by sometime since he’s playing the soothing game, too.