Jurassic World’s Colin Trevorrow was originally picked to write and direct Star Wars: Episode IX. But after he turned in his script, Lucasfilm removed him from the project and rehired The Force Awakens‘s J.J. Abrams to start from scratch. The result was  The Rise of Skywalker, a film that failed to provide the kind of ending many fans of the galaxy far, far away were hoping for.

As a result, many wondered if Trevorrow’s version would have been better. A full synopsis and official artwork for the lost movie have since made their way online and some thought it definitely would have been better. They provided enough insight to give us an idea of what his story would have looked like. And while it will never be made, we can now see it in action. A gorgeous new animated video brings to life Trevorrow’s abandoned Duel of the Fates.

This video, which features some truly beautiful animation, comes from the fantastic YouTube channel Mr. Sunday Movies. The short is based on what we know about the outline and major beats of Trevorrow’s lost script, as well as the art created for it. Those images gave us an idea of what the movie would have looked like, including Rey’s killer look that would have combined Luke’s attire in Return of the Jedi with a Darth Maul-esque double-edged lightsaber. (We expect/demand to see it become a cosplay staple anyway.)

One notable sequence missing from this animated version is Finn’s stormtrooper uprising, which would have taken place on Coruscant and seems to have been one of the best sequences from Trevorrow’s script. But while The Rise of Skywalker left plenty of fans disappointed, this animated Duel of the Fates short highlights some issues with the abandoned script. It’s interesting, and we like how Rose was actually in it, but it’s not clear exactly what it was building to. It seems to just end rather than payoff something meaningful. 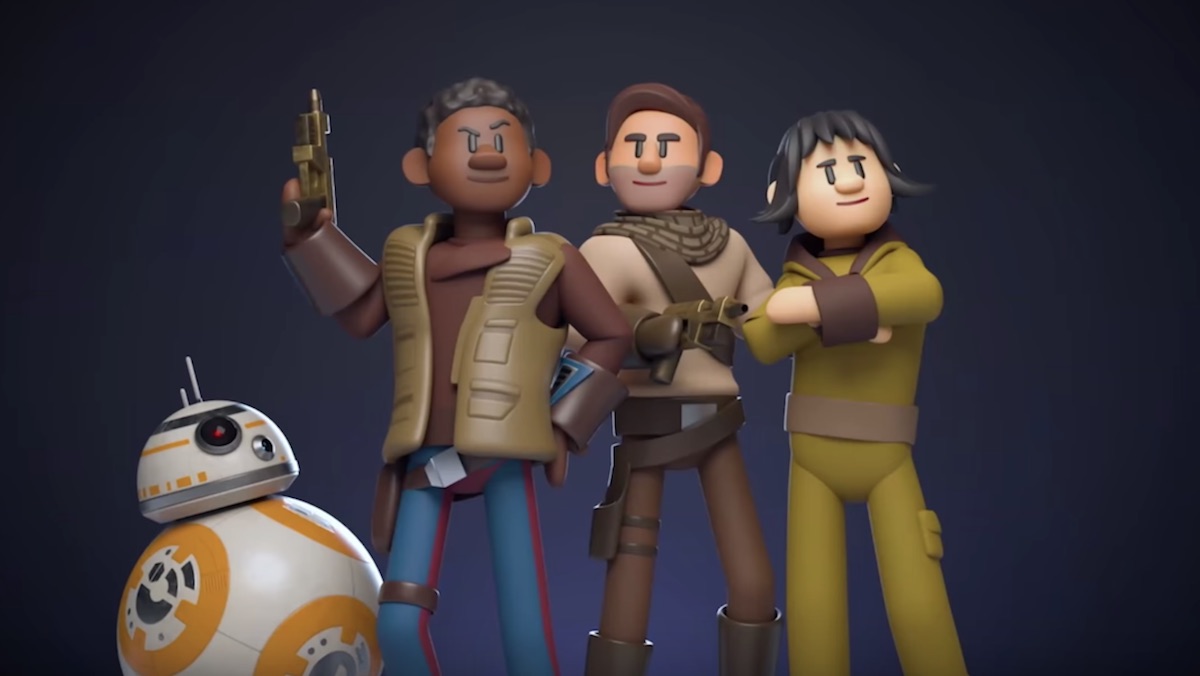 That doesn’t mean the script wouldn’t have been improved through rewrites if Trevorrow remained on the job, but this version is all we have to judge it on.

Unless Disney wants to get some more money out of us. We’d absolutely pay to see the entire script produced. Obviously they aren’t going to film it. But this animated short proves we don’t need live actors to enjoy it.