Alex Trebek Curses Up a Storm in Old JEOPARDY! Outtakes

We are all still reeling from the loss of legendary Jeopardy! host, Alex Trebek. The television icon passed away on November 8, 2020, after a long battle with pancreatic cancer at the age of 80. For over 35 years, the soft spoken Canadian was part of many of our daily lives. He was a kindly father figure, almost a Mister Rogers type, but somehow coming across even nicer.

But Alex Trebek wasn’t actually Mister Rogers. He was human like the rest of us, meaning he cursed like a foul-mouthed sailor when the cameras weren’t rolling. And even sometimes when they were. Especially when having to do a contractual obligation like cheesy promos for spin-offs of his TV show.

No host likes shooting promos, especially for a phone version of their hit game show, but Trebek did them with good humor. So long, Alex, and fuck 'em. pic.twitter.com/7Z1hh1vl2w

Thanks to the Twitter account Found Footage Fest, an edit of B-roll footage of the longtime Jeopardy! host has made its way online and gone viral. You can see the frustrated game show host in the clip above swearing up a storm, dropping F-bombs left and right. This all happened while filming the promos for a 1990 telephone version of the game show. 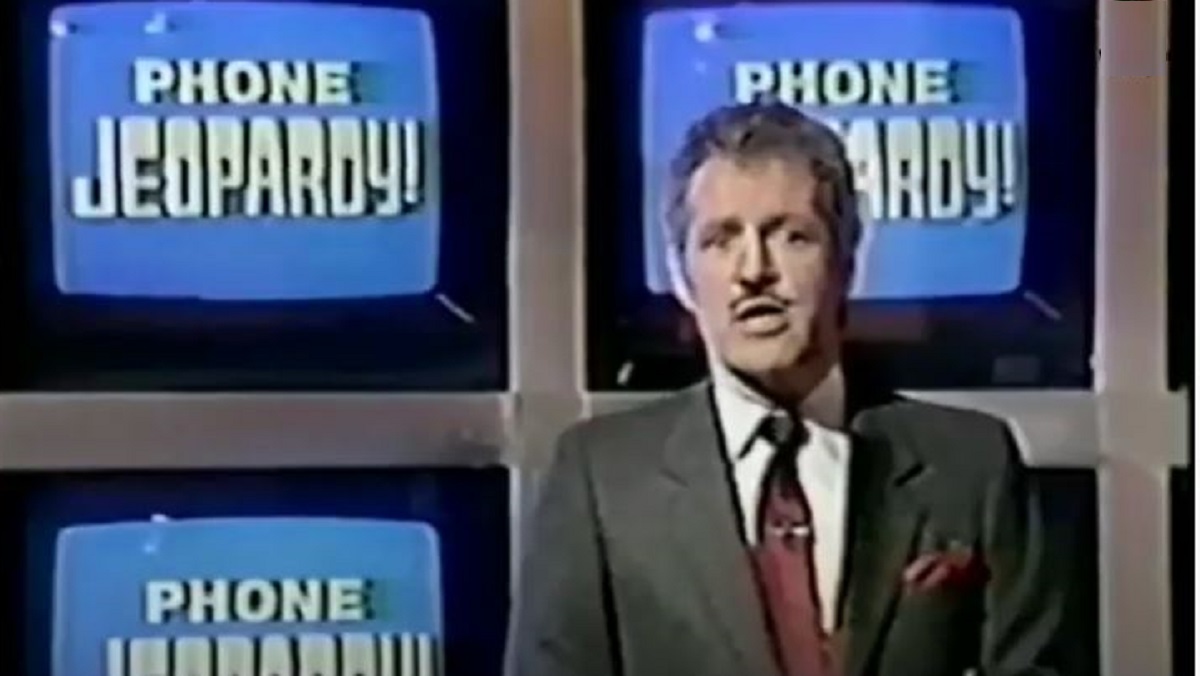 The game in question was the very unimaginatively named Phone Jeopardy! Yes, back in the day, for a whopping $5.00 a minutes, you could play Jeopardy! yourself on your land line, just as if you were on TV. This was all during the same era when 976 and 1-800 hotlines were all the rage, and making millions off of bored viewers at home. By all reports, Mr. Trebek hated the whole phone version of Jeopardy!, and it kind of shows.

Maybe the best part of this little compilation is hearing Alex Trebek do his impersonation of Tinkerbell. By this point, you can tell he has just had it with making this lame commercial. Well, he might have hated making it, but we sure are glad we have this little glimpse into a more off the cuff Alex Trebek than what we’re used to. F-bombs or not, it’s a hilarious and lovely way to remember such a beloved icon.