Remember When Alex Trebek Was on THE X-FILES? - Nerdist

Remember When Alex Trebek Was on THE X-FILES?

Yesterday, we learned of the passing of Jeopardy! host and Canadian-American treasure Alex Trebek. This comes after his reveal back in March 2019 that he was suffering from Stage 4 pancreatic cancer. Trebek has been a staple of pop culture since he started hosting the game show in 1984. His death has already evoked countless tributes and memories on social media. It’s also making us go back and look at his other, non-Jeopardy! contributions to the pop culture landscape.

Trebek was no stranger to the random guest appearance. He’s showed up on everything from The Simpsons to Baywatch to The Golden Girls. But one of our favorite Trebek appearances came on the Fox sci-fi series The X-Files. He appeared in one of the show’s most memorable episodes, “Jose Chung’s From Outer Space” as one of the two Men in Black who comes in contact with FBI Agent Fox Mulder (David Duchovny). He’s not necessarily playing himself. But he isn’t not playing himself either. Watch the clip below.

If you’re an X-Phile, then you’ll remember this episode as the 20th entry of the third season. It’s one of the most experimental, fun hours of the entire series, where Mulder and Scully investigate a potential alien abduction. The episode is told through many different perspectives and is intercut with anecdotes from a book written about the experience. Trebek turns up as a MIB alongside former professional wrestler Jesse Ventura. 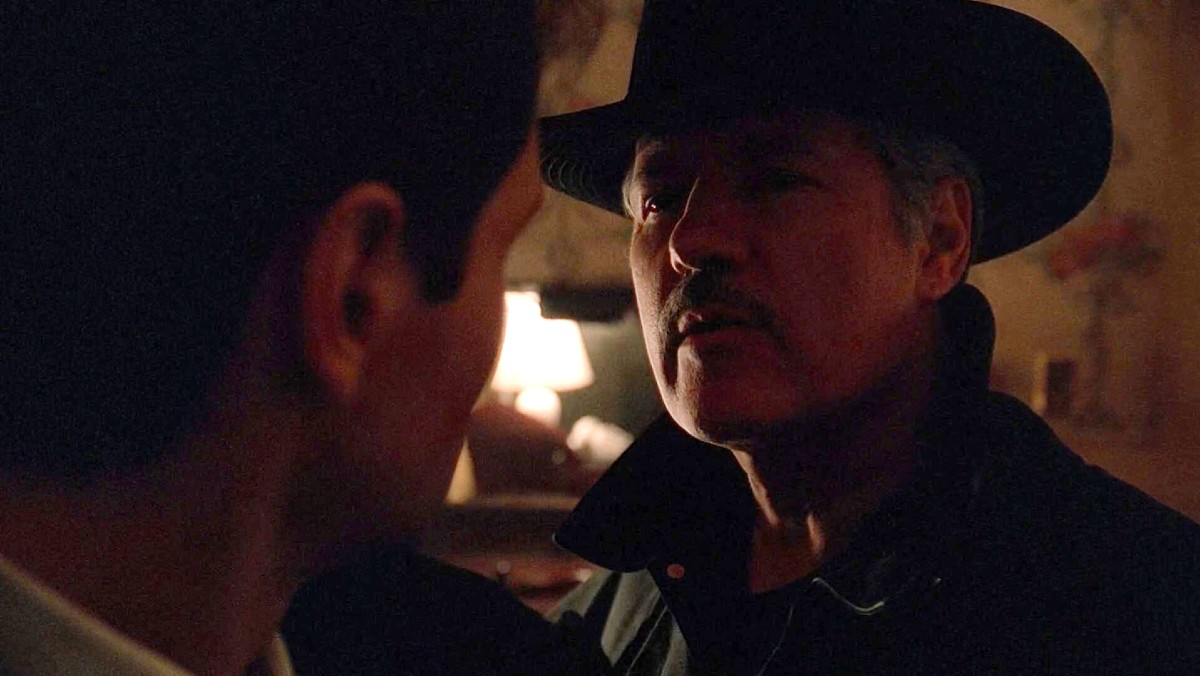 In an episode of Kumail Nanjiani’s stellar X-Files podcast The X-Files Files, the comedian and host interviewed the episode’s writer Darin Morgan. He inquired about Trebek’s appearance, and Morgan admitted he originally wanted author Salman Rushdie for the part. After Rushdie’s involvement proved nearly impossible, Morgan sought out Steven Spielberg. Eventually, someone suggested Trebek, who already knew Duchovny. He agreed to do the part with one stipulation: he wanted a bigger role.

Morgan eventually convinced Trebek that the brevity of the appearance was the whole point and Trebek agreed. “Alex Trebek is the perfect guy to be that because you know it’s him right away,” Nanjiani said of the casting. And it’s true. Rushdie would have been too obscure, Spielberg too famous—Trebek was the right call. And it created a wonderful moment of television history.