Alex Trebek passed in November, but his final Jeopardy! episodes are just now airing. The beloved host filmed these last episodes at the end of October. They were originally going to air over Christmas, but the episodes got pushed and Trebek happened to have the perfect message to begin 2021. Trebek started the episode with a message of unity and kindness—particularly towards those COVID-19 has affected. Watch:

“We’re trying to build a gentler, kinder society and if we all pitch in just a little bit, we’re going to get there.” 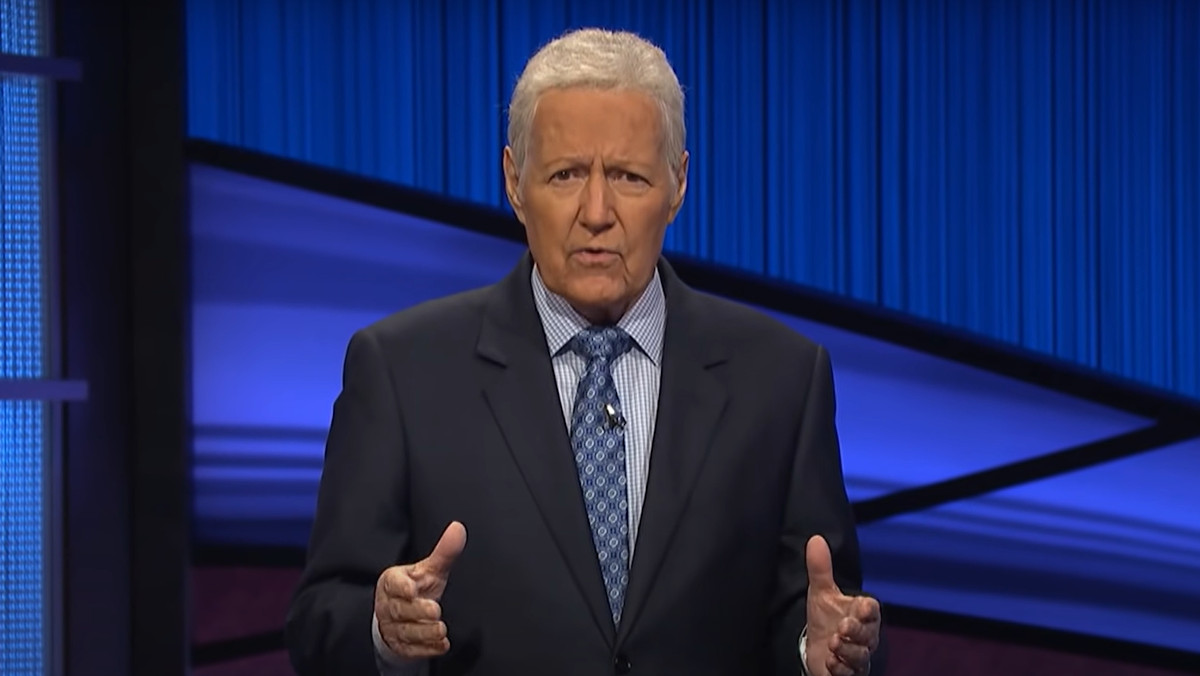 What a beautiful sentiment. I know Alex Trebek isn’t quite synonymous with Mister Rogers or anything, but when he shares these kinds of thoughts and remarks I can see the similarities. (Maybe not so much when Alex Trebek curses though). It’s such a simple thing to ask and hope for. Being gentle and kind is something we should all just be doing. But it’s nice to hear a figure like Trebek (or maybe his writers) emphasizing that it’s not only about us. We need to think of each other. And Trebek articulated that while undergoing his own battle with pancreatic cancer.

It’s an honour (and a little heartbreaking) to be with #AlexTrebek one last time on @Jeopardy 🇨🇦 https://t.co/YQ3FDo3n6m

And in a more lighthearted moment from the episode, CBS shared a preview clip of an upcoming episode featuring Ryan Reynolds. The actor showed up to share a clue tied to his upcoming film Free Guy. Yes, it’s obviously an advertisement but it’s Ryan Reynolds and Alex Trebek together. Plus Trebek has a cameo role as himself in the video-game-focused film. Two delightful Canadians in one place, which I believe technically happens anytime two Canadians are together. You love to see it.

Alex Trebek’s episodes of Jeopardy! will air through January 8. Guest hosts will take up the mantle beginning on January 11.