OpenAI’s new immensely convincing language generator, GPT-3, recently demonstrated its rhetorical prowess when it argued the case for why it’s harmless. Now, research scientist Janelle Shane has used the tool to generate something a bit more lighthearted. Namely, ideas on how to make nuclear waste sites safe for thousands upon thousands of years. (Aren’t there so many fun, long-lasting global issues to think about these days?!)

Are you not terrified and repulsed??

I prompted GPT-3 with some human proposals for marking a nuclear waste site, in a way that will still be forbidding millennia from now.https://t.co/3v8uPJ98mo pic.twitter.com/2JMs1PzWxf

This time around, Shane says she prompted GPT-3 to come up with ways to mark nuclear waste sites—particularly “in a way that will still be forbidding” for thousands of years. One particular proposal for nuclear-waste site protections from a 1993 governmental report inspired Shane. The report called for “Menacing Earthworks,” such as the “Spike Field” below. 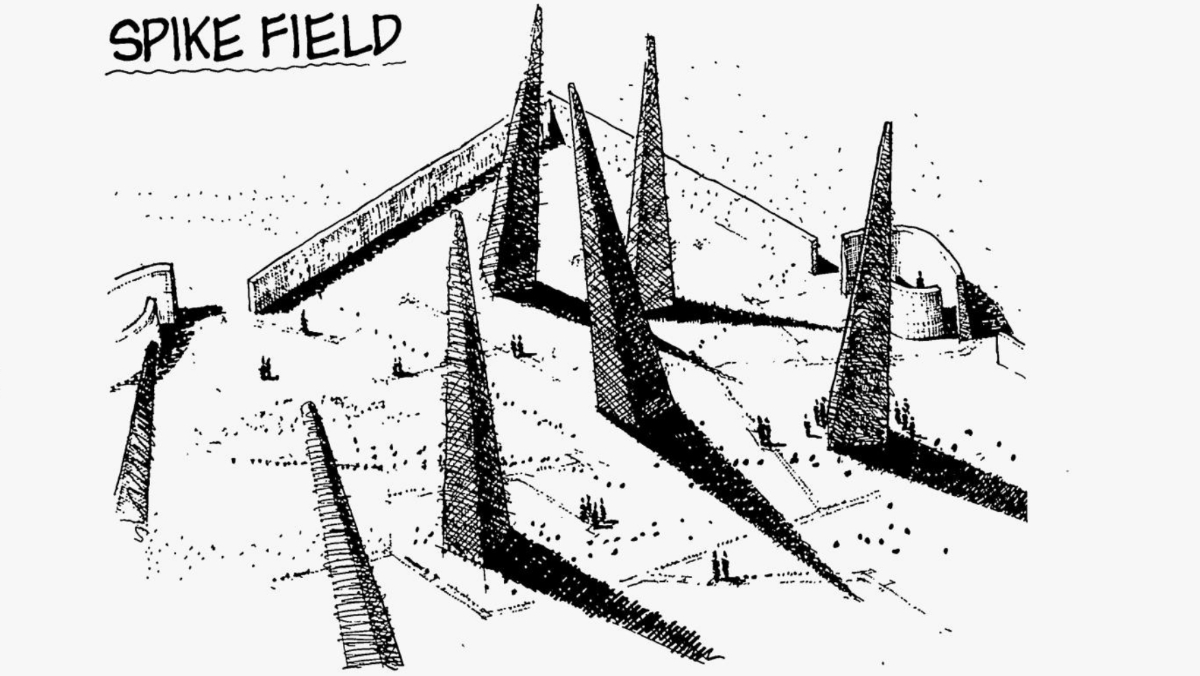 Essentially, Shane “trained” GPT-3 on examples from the list of “Menacing Earthworks,” and tasked it with coming up with its own. In other words GPT-3—or Generative Pre-trained Transformer 3—”learned” about the patterns in the Menacing Earthworks, then invented its own versions of the dastardly terrains. (GPT-3 is able to model language because it has read through enormous amounts of text on the internet.)

GPT-3’s list of menacing earthworks include, for example, The Giant Hand and The Sphere of Gravity. The AI describes the Hand as “a tall, narrow, rectangular slit in the earth, with a huge hand protruding from the bottom.” The Sphere is “a large sphere of rammed earth or metal, so smooth and featureless that it gives the illusion that it would attract any object that came into contact with it.”

Humans: How to prevent people from intruding on a nuclear waste site after we and our civilizations are gone?

AI: The solution is simple pic.twitter.com/TnhZBDXqWC

GPT-3 came up with numerous other options for menacing earthworks, including Mountain of Empty Barrels and Dangerous Stairs. Upside Down Landscape—”a series of artificial hills constructed upside down in each corner of the site, which would still appear strange even after years of use by wildlife”—has to take the cake, however.

On top of menacing earthworks, Shane also tasked GTP-3 with creating warning messages for nuclear waste sites. Below is one of those messages, and it features a dire warning: “The danger is to the body, and it can kill.”

Wondered what would happen if I gave this prompt, a permanent message designed for a nuclear waste site, to something oppositely ephemeral, a neural net trained on a snapshot of internet text from October 2019.