Why Adult Swim’s Strange Early Days Can Never Be Replicated

It’s hard to believe Adult Swim debuted 20 years ago, on September 2, 2001. Not because that makes me feel old. (Everything makes me feel old.) It’s because the network still feels fresh and original. And because I remember its early days as though it only launched last month. Despite not tuning in for opening night. Nor having any clue when I first did. Which is a big reason why I remember its origins so vividly. Because Adult Swim’s beginning was as strange as the network itself. One Sunday night it just showed up, seemingly without explanation or hype, to change TV forever. In a way no other station can ever replicate again. 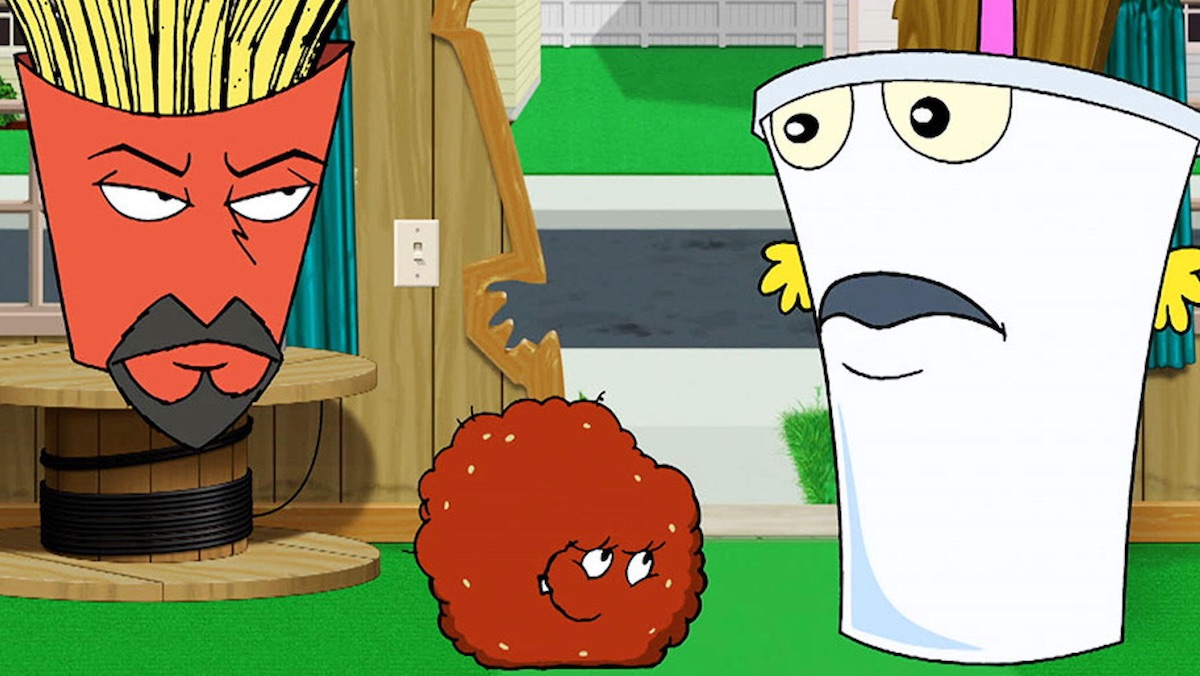 If not for the world wide web I’d have no idea exactly when Adult Swim premiered. I do know I was the exact target audience when it did. A college freshman who never slept and loved—for lack of a better term—both alternative comedy and adult cartoons. My first favorite show was You Can’t Do That On Television. I grew up obsessed with The Adventures of Pete and Pete. The Simpsons and The Critic are two of my favorite shows ever. And I started watching Late Night With Conan O’Brien religiously in high school. Adult Swim was made for me. The people responsible for bringing it to air just didn’t care to tell me about it.

If there was any type of promotion before Adult Swim premiered I didn’t see it. Nor do I remember anyone I knew telling me about it. My introduction was random. I caught an early episode of Aqua Teen Hunger Force, my first Adult Swim love, while channel surfing. Between Fry, Master Shake, Meatwad, the Mooninites, and Happy Time Harry, I was an immediate fan of this bizarre, inexplicable new programming. Even though it mostly confused me initially.

Adult Swim’s calling cards are instantly recognizable now. After two decades we’re used to the network’s offbeat humor and witty bumpers between episodes. Bizarre shows with 12-minute runtimes that could never air in primetime are no longer unusual. And the general ethos that nothing is ever too weird to be funny isn’t weird at all. But when I first found Adult Swim, originally limited to Sunday nights with repeats on Thursday, those very same elements felt both revolutionary and totally impossible. How did someone even come up with these ideas, let alone get approval to put them on TV? It’s one thing to imagine Sealab 2021. It’s another getting it on the airwaves.

Adult Swim’s beginning as a single late-night block of programming on Cartoon Network was equally confusing. When I was a kid, VH1 and Comedy Central shared a single channel. (If you’re under 30 and think I’m lying, I assure you I am not.) Pop-Up Video during the day. Whose Line Is It Anyway? at night. The two networks’ separation was clear and happened daily in the afternoon. Music videos stopped and stand-up comedy specials began, and the switch never confused you. But whatever the hell Adult Swim was, and whether it had any connection with the station that showed kid-friendly cartoons during the day, was a total mystery. Adult Swim didn’t just show up announced in the middle of the night. It seemed to magically appear in a place you’d never expect to see anything like it.

Brak and Zorak don’t exactly have much in common with Tom and Jerry. 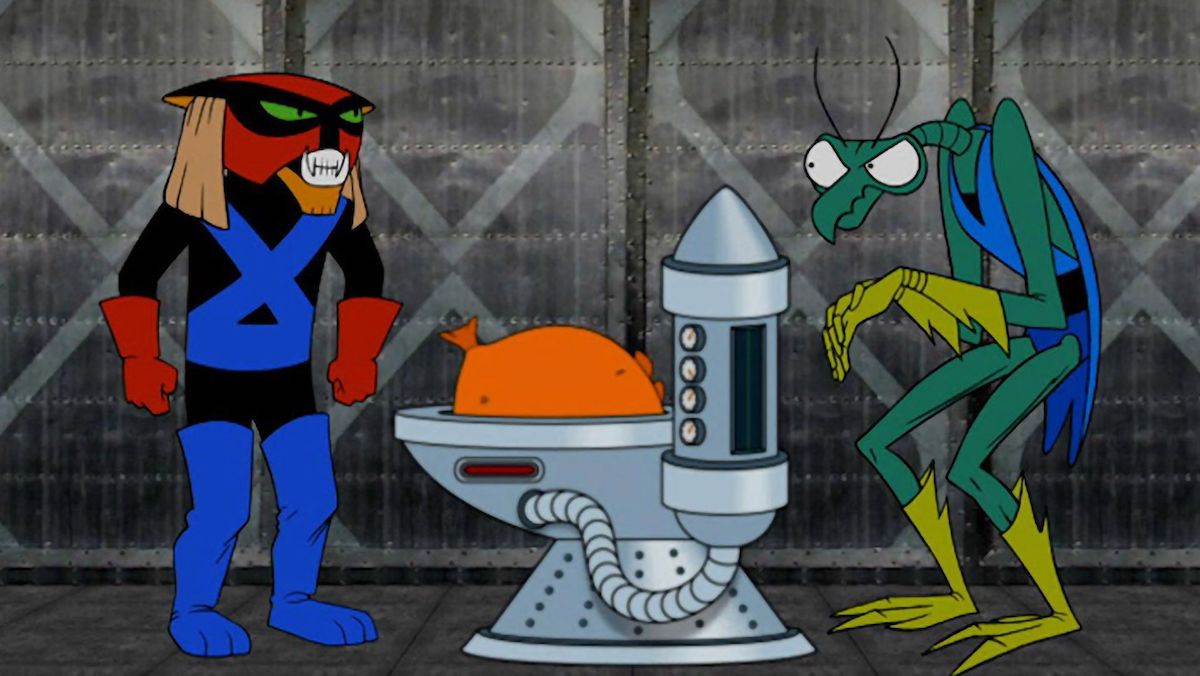 As much as the programming, that’s what made those early years of being a fan so much fun. A total lack of explanation of who or what was behind Adult Swim made watching it feel like sharing television’s best secret. The equivalent of catching a young band playing for 50 people in a half-empty bar while knowing one day they’d be selling out arenas. Only, you also knew that band was also set to totally change the industry, like Adult Swim did.

The best comedy is always subversive in some way. Adult animation was no different even before Space Ghost became a must-watch late-night host. The Simpsons completed upended both what a cartoon and a sitcom could be. But by the time Adult Swim rolled around Homer was downright wholesome in comparison to Aqua Teen Hunger Force‘s Carl. Adult Swim’s shows were fundamentally different from the cartoons that preceded them. And the way they aired, on an ostensibly children’s network in the middle of the night, made its entire existence feel subversive. The whole thing was weird as hell. Which made it cool as hell too. In a way, Adult Swim can’t ever be again, now that it’s popular and everyone knows what it’s all about.

It’s a beginning no one can ever replicate either. Not in a world where social media makes it possible for even the most niche programming to become wildly popular overnight. Anything truly great gets discovered quickly and shared just as fast. If Adult Swim launched right now, exactly like it did in 2001, sites like us would be tweeting about it within a week. (While complaining about the lack of promotion beforehand.) A few weeks later someone like me would write a piece titled “Why You Should Watch Harvey Birdman, Attorney At Law.” It’s been like that for a long time now too. If instead of 2014 Adult Swim dropped “Too Many Cooks” without warning at four in the morning in 2002, only insomniacs would remember it as a fever dream that couldn’t possibly be real.

Another network could try to emulate Adult Swim’s bizarre start. But it wouldn’t be the same. It could secretly launch, with unusual sensibilities that make it unlike anything else on television. It could be even better than Adult Swim. But something that good wouldn’t remain a secret for long. The few people who found it organically by chance would tell the rest of us about it before we could stumble upon it ourselves. It wouldn’t get to grow in the shadows as the best hidden gem on TV. It would instantly be thrust into the spotlight. And we’d all remember exactly when and how it started. 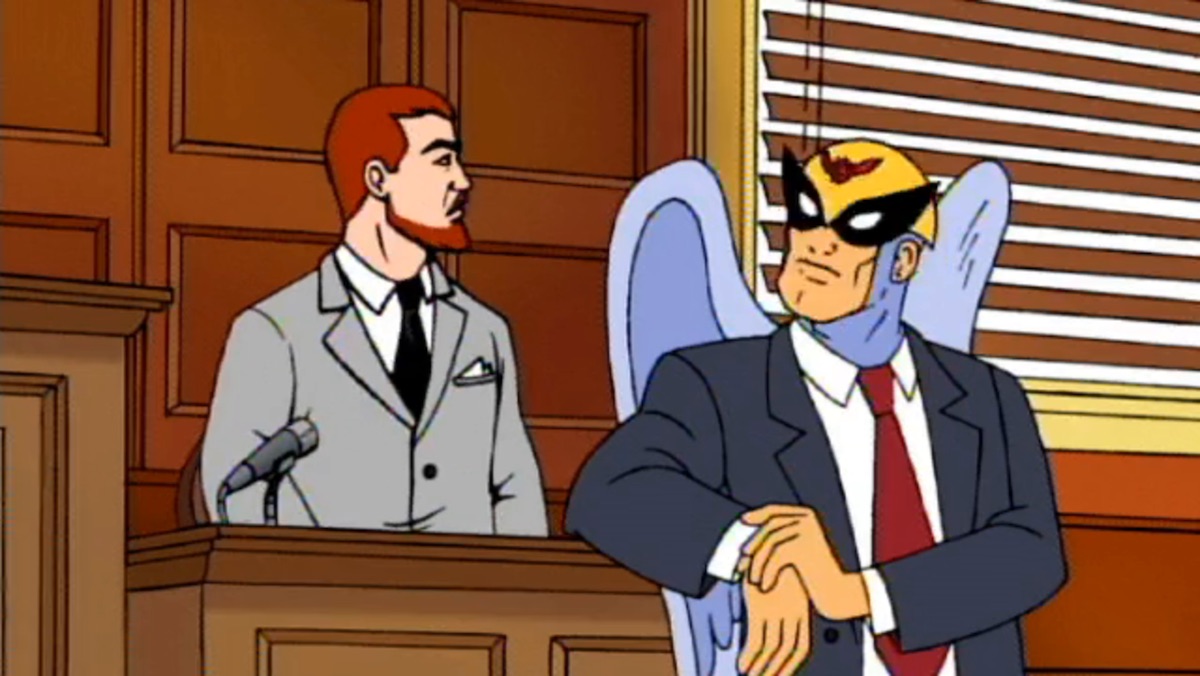 Adult Swim is now 20 years old. I only know because someone told me that’s when it debuted. But that day doesn’t capture its real origin story. That’s a much weirder tale than any date on the calendar could tell. And it’s a story no network will ever be able to tell again.

Keep it going with a celebration of Adult Swim’s weird ad break bumpers.