Hamsters sniffing n’ sleuthing their way through mazes never ceases to… amaze. Not only can they make their way through “lava”-filled mazes, but the wee mammals can even play a 5-D game of Find the Cheese. Now, another hamster—named Captain Hamster—is showing off his skills in a video game-like maze. One that reveals the hamster’s uncanny ability to beat level after level like a pro.

“To pass all the tests, Captain Hamster needs to use his brain!” the hamster’s owner says in the video’s description. “This time the tests are very difficult, but Captain Hamster easily overcomes them!” 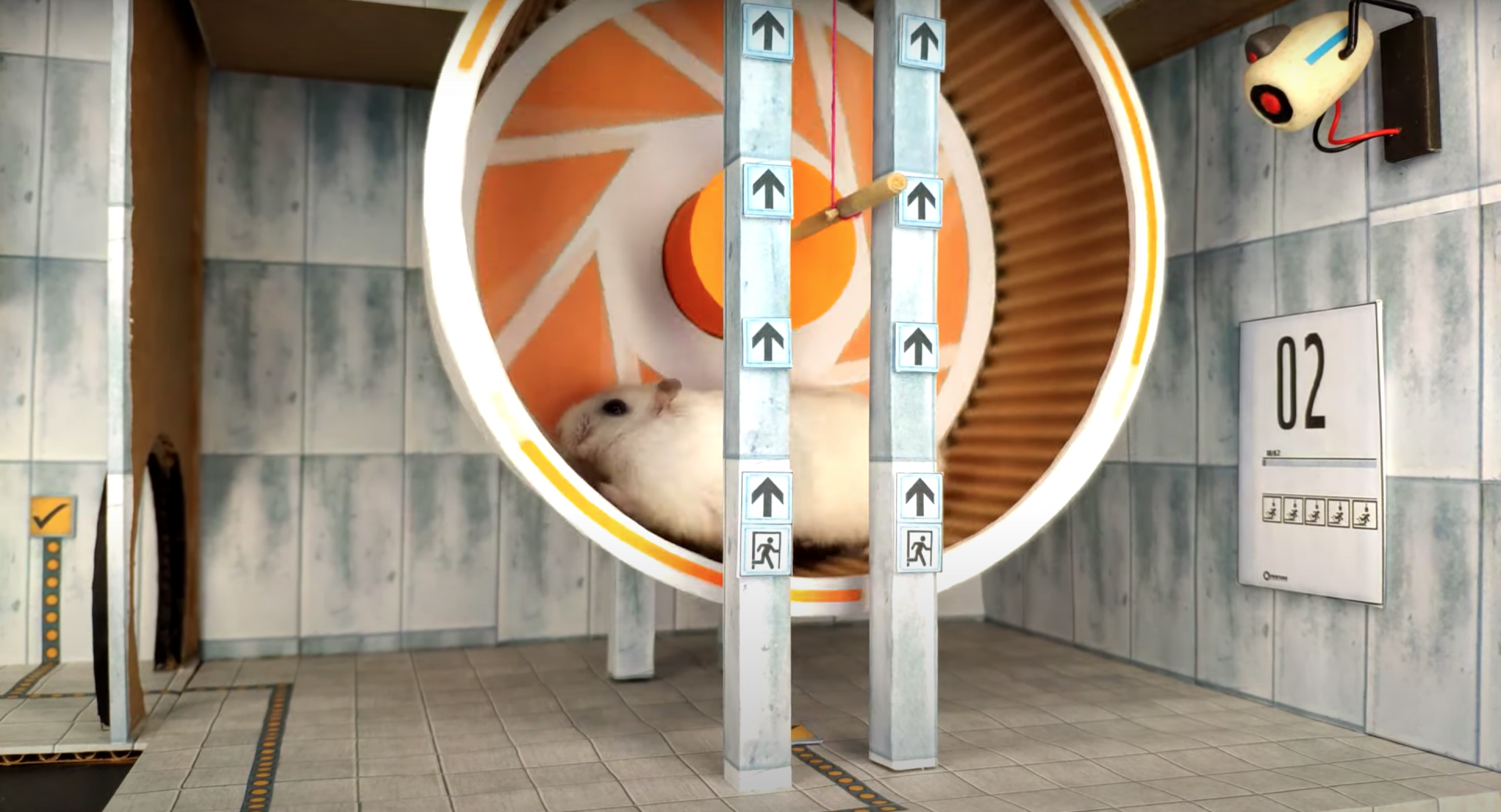 In the video, we watch as Captain Hamster cruises—with James Bond-like ease—through various levels. Each level poses a different challenge, most of which require the hamster to manipulate its environment somehow to proceed.

After the hamster flees a small, plastic chamber (that looks like something in which you’d keep Magneto), the furry Cap’n runs on a wheel in order to unblock a door; then on another wheel in order to elevator himself to another level; then onto yet another wheel to drop climbable blocks; and finally, through a sort of double-scale he needs to trip to open up his final room, and treat.

Overall, the maze feels somewhat like a bunch of Metal Gear Solid levels, but without all the baddies. Or maybe something out of Half-Life. Regardless, what Captain Hamster can do is incredible. And kind of makes one wonder if hamsters would be good gamers? That is if they were some kind of animal-computer hybrid.