Epic Hamster Maze Is Like AMERICAN NINJA WARRIOR for Rodents

If there’s one thing that encourages life’s drive to solve problems, it’s food. Squirrels can perform miraculous aerobatics when pursuing sustenance. What parrots can do when they want a snack is downright mathematical. Immediately below is yet another display of life doing what it must to feast. A hamster weaves its way through an obstacle-laden maze that is so difficult, the video looks like an episode of Rodent Ninja Warrior.

YouTuber Mister Hamster recently posted the above video, noting that the intent was to create a dynamic, “funny” maze. And while the clip is certainly cute, it’s more thrilling than anything. Especially during the climax when the little hamster gets itself stuck in what’s effectively a Death Star garbage compactor.

As for the maze itself, it is indeed dastardly. Or at least, a kind of faux dastardly. The little hamster is clearly never in any real trouble, but, for whatever reason, there’s still suspense. (Probably, again, because snacking is at stake.) 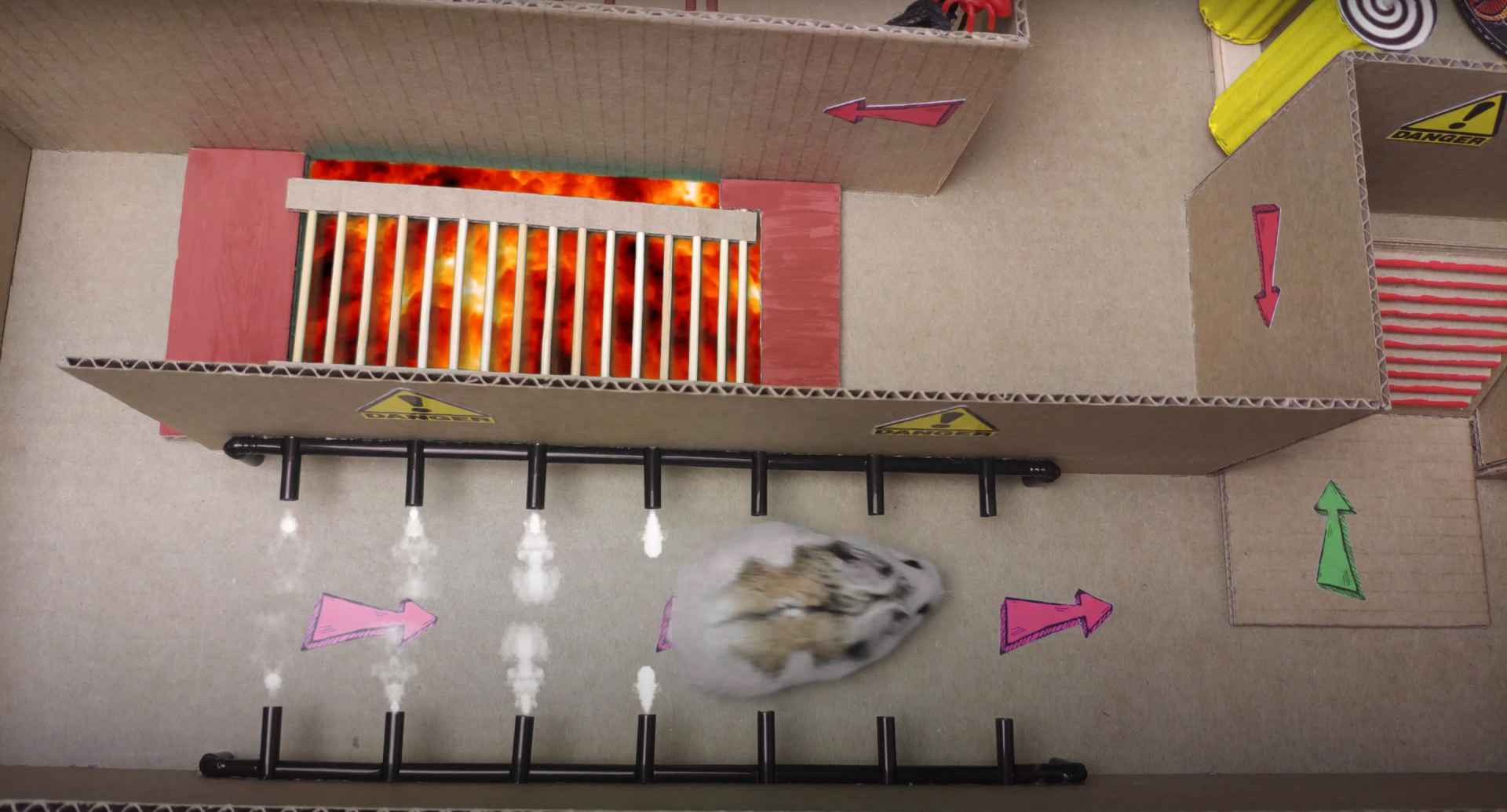 To make it to the food reward—which is a jumbo pile of peanuts, acorns, etc.—the hamster has to find its way through spinning wheels and rollers, across a “lava” pit, and over a bridge just above a slew of chaotic, popping balls. The rolling log over the “lava” is definitely the highlight obstacle though; in large part because the visual effects are figuratively, and literally, fire. 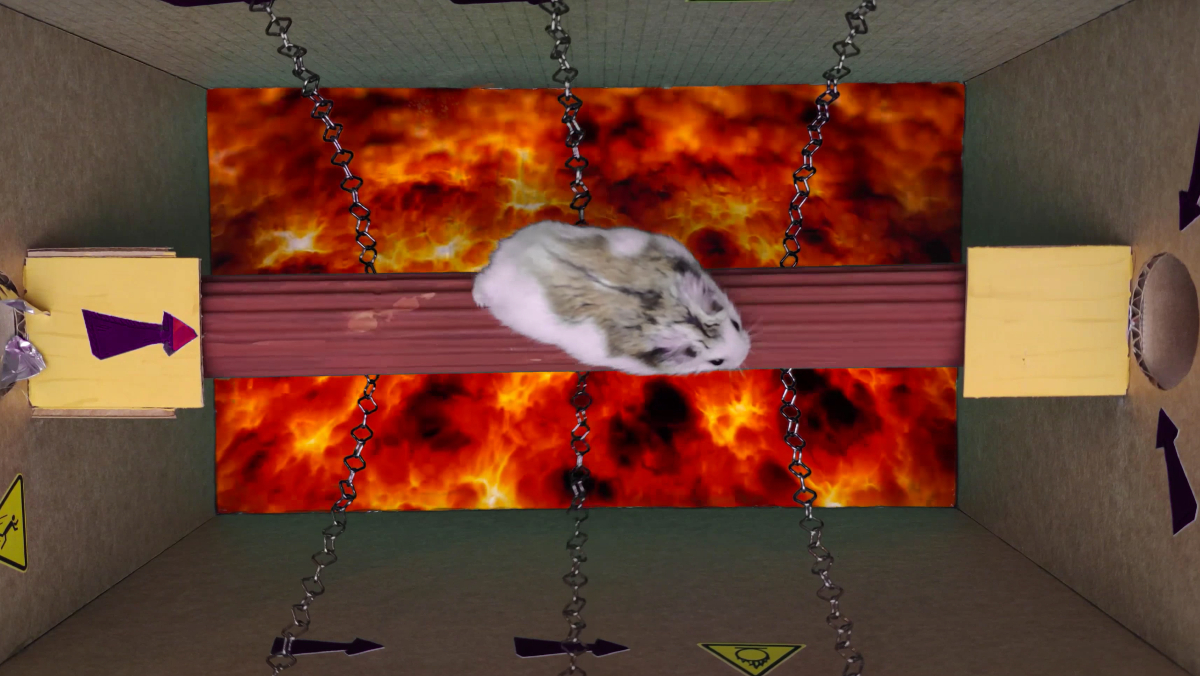 Mister Hamster has also made his way through a handful of other mazes, including the one in the video below. That one, which Mister Hamster’s owner refers to as a “scorpion maze,” is less thrilling, but more difficult to solve. Although when Mister Hamster finally does finish the course, one can almost taste his freedom. Speaking of which: who else is now seriously hungry for something nutty?