The adventure begins for characters in Phoenix: Dawn Command when they die. The first time a soul enters The Crucible, it is advised by a Mentor and tested before being bound to a flame. The lessons the soul learns during this first pass determine which school of tactics and philosophy the Phoenix belongs to upon being reborn. Traditionally, there have been five, but in the dark times of the setting, Phoenix from six schools have emerged. We take a closer look at each of them below! 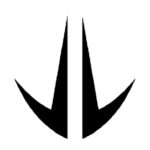 The members of this School are the newest in the Dawn Command. Their mortal lives ended in failure and they came out of the Crucible seeking to atone for their past life. A Bitter Phoenix may be seeking revenge or trying to make amends for a life of evil deeds. They become the most powerful right before they die. 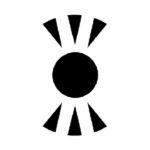 The Devoted died in the process of saving others. That heart full of self-sacrifice burns brightly in this Phoenix School, which focuses on protecting mortals and assisting fellow Wing members. Fans of healers, leaders and team players will love this school.

Players that love supporting others and making the whole team better should choose this School. This character could be a noble using natural charisma to make their Wing stronger. It could also be a priest who believed their Mentor to have been their God and made direct contact with the divine within the Crucible. 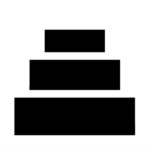 The Durant died because they weren’t tough enough. They don’t aim to make that same mistake twice after being reborn. They combine supernatural resilience with the ability to create openings for the rest of the team to follow. Durants are often soldiers and survivors, or even legendary folk heroes who stood up while everyone around them falls.

Players who love to take the bad guy’s best shots and come back smiling should consider a character from this school. This School could be a general who leads the army from the front, fighting shoulder to shoulder with allies, celebrating victories with grand parties and mourning losses with a few choice words. The Durant also works well for the type of big bruiser who likes to talk trash, WWE-style while taking punishment and while giving it out. 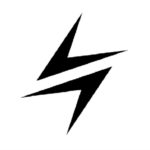 All Phoenixes are reborn from the Eternal Flame, but Elementals can channel it into fearsome weapons. what starts as a mastery of fire soon manifests as other elements including ice and electricity. These heroes often gave up their mortal lives for duty and continue to burn themselves up as their duty as a Phoenix.

Players who love to blow up the bad guys with impressive special effects should check out this school. The fun comes in figuring out how the character creates those blasts. Is it from alchemical concoctions hurled from a belt? A wand dipped in a mystic river? Carefully calculated hand movements taught by a Mentor in the Crucible? 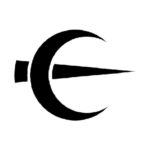 The Forceful died because they were trapped. They weren’t fast enough, they couldn’t jump high enough and now all they want to do is move. Speed kills this Phoenix but not before they kill a lot of bad guys. These characters often fill the same role as monks and rangers; several small attacks rather than one bit hit.

Players who love taking on several challenges at once should consider the Forceful School. Perhaps this character doesn’t need weapons and dispenses zen-like wisdom during bad guy beatdowns. A character from this school also might have been known for their amazing physical in their mortal life, looking to break their own records now that they have the power of Sparks to fuel them. 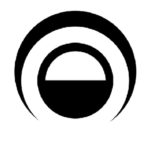 These Phoenixes died because of a secret. They seek the truth now while staying hidden. They are the spies that find enemy weaknesses, the detectives that seek out solutions and the scholars who discover the monster’s weakness.

Players who prefer brains over brawn should look at characters from this School. A Shrouded assassin who loves to perch high on a rooftop ready to take out threats quickly and quietly would work well. This character could also being well served as an infiltrator who can move freely among enemies and return with vital information to the Wing on a regular basis.

Now that we’ve seen the different Schools, it’s time to delve into how the Marshal challenges these characters. How can Phoenixes feel danger when death only makes them more powerful. Join us right here next week for the answer!


What school sounds most appealing to you? Let us know in the comments! And learn all the ins-and-outs to play Phoenix Dawn Command on Starter Kit, exclusively on Alpha! New members can get a free 60-day trial by going to projectalpha.com and signing up with code “Phoenix”!