Han Solo‘s faithful flying machine the Millennium Falcon is among the most iconic of cinematic spaceships, but even such a familiar vessel has seen its lore change and evolve over the years. As we move ever closer to the release of Solo: A Star Wars Story, we thought that we would look back and revisit some of the most fantastical Falcon facts, most of which originated in the now decanonized realm of the Star Wars Expanded Universe. So strap in and grab your co-pilot because you’re in for a wild ride through some esoteric and outrageous galactic history!

The galaxy’s most well known smuggler hails from Corellia, a core world in a system of five planets collectively known as “The Five Brothers.” It is also a massive exporter of star ships, like the one that we know and love as the Millennium Falcon. Corellians were known among the galaxy for their skill with building and piloting starships, so Han Solo isn’t the only talented pilot from Corellia.

Taking part of its name from Han’s home planet, the YT-1300 is a light freighter that was widely seen as the most successful starship exported from Corellia. Though the ship was relatively basic, it became well known for its capability for modifications. The Millennium Falcon itself is heavily modified with both legal and illegal adaptations.

It was Chewie who requested the iconic Dejarik table First introduced in A New Hope, Dejarik is a popular tabletop hologame that’s essentially the equivalent of chess. The Millennium Falcon houses a Dejarik table, as seen in both A New Hope and The Force Awakens, but the coolest thing about the hologame is that it was actually installed at master Dejarik player Chewbacca’s request.

Han won the Falcon from Lando The Cloud City Sabacc Tournament was renowned in the galaxy, and was the place where in 5 BBY Lando Calrissian won the Falcon from Cix Trouvee. It was also, of course, the scene of the iconic Sabacc game where Calrissian lost the ship to Han Solo in 2.5 BBY. This is a moment that’s become integral to the history of the Falcon, as well as to Han’s relationship with Lando, even though it has yet to be seen on screen. Maybe Solo: A Star Wars Story will change that. 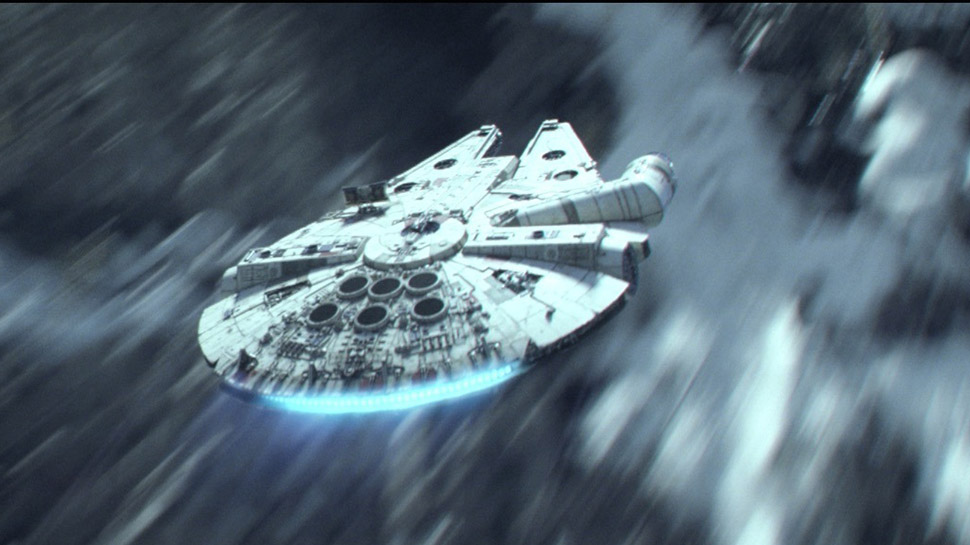 Almost three decades before the Battle of Yavin and long before it fell into the hands of Han Solo, the Millennium Falcon was used by the shadowy Republic Group, a collection of collaborators from the Jedi Order and Galactic Senate. The ship was used by the group for 10 years and piloted by Tobb Jadak and his friend Reeze Duurmun. The envoy was even active during the Clone Wars!

The Falcon was briefly in the hands of the Empire

After crashing while in the hands of the Republic Group, the ship languished in a junkyard near the Smuggler’s Moon before being fixed and updated by a crime lord and an aspiring technician. Lira Wessex, an Imperial Chief Naval Engineer, helped with the Falcon’s revamp, and under the name Second Chance the ship briefly served the group in a failed smuggling attempt before ending up in an Imperial impound.

Han’s first trip in the Falcon was to Kashyyyk After winning the Millennium Falcon from Lando Calrissian, Han Solo’s first trip in the iconic ship was to Chewie’s home planet Kashyyyk, where the Wookiee war hero married his lady love Mallatobuck. The heroic pair then continued on their adventures, as in the books Chewie owes Han a life debt so rarely spends any time with his family.

Han once used the Falcon to kidnap Leia During the now notorious Expanded Universe book The Courtship of Princess Leia, Han Solo decided to quit smuggling so he could stalk and kidnap Princess Leia. Yup, that’s really the storyline of this incredibly dated Star Wars story, as Han tricks Leia into leaving an arranged marriage and heads to the dark planet of Dathomir… which Rebels fans will recognize as an important landmark.

Lando won the ship back, but gave it to Han to impress an important EU figure Later in their lives, Lando would begin to argue the validity of the Sabacc game that put the Falcon in Han’s hands, and eventually won it back in 11ABY (during Dark Apprentice, the second book of The Jedi Academy Trilogy). Though Lando did get the Falcon back, he actually gave it up to impress Mara Jade, who eight years later would marry Luke Skywalker after the end of the Galactic Civil War.

Have you learned something new about the Millennium Falcon? Got a fave fact we forgot? Let us know below!